Zeke Cohen: ‘We Either Invest in High Quality Early Learning Now or We Pay for It Later’ 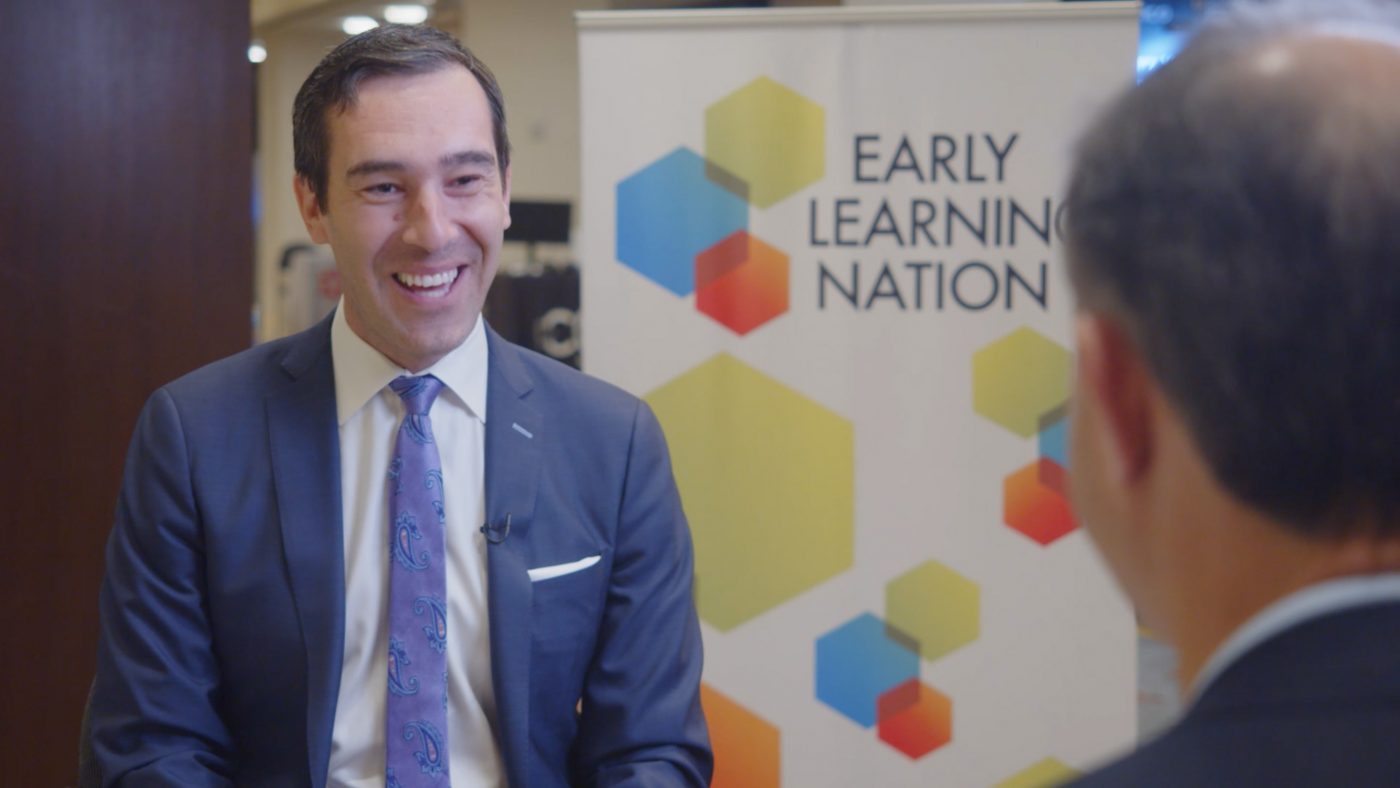 Like many urban centers, Baltimore has seen its share of violence. And incarceration. That’s just one reason why City Councilmember Zeke Cohen feels that the way to help people build strong lives begins not when they’re adults, but as children. As Cohen says, “We either invest early on where we know every dollar we spend in the high quality early learning space pays huge dividends down the road or we pay for it on the back end.”

Chris Riback:                 I really appreciate having you. What is the state of early childhood learning in Baltimore?

Zeke Cohen:                  We as a city have made a pretty big in investment. We know that particularly in a city that has suffered from some really serious disinvestment from redlining, from being the first in the country to have legislated residential segregation into city code. We know that we have a long way to go in closing racial achievement gaps. And so we have invested in early childhood education, particularly in Judy Centers, which are really an innovative form of early learning center for low-income kids that not only provide teaching to the child, but also support for families.

It’s really sort of a community school, community center approach. Because we know that often when we have young people that are struggling in some way, the struggle is also connected to their family and perhaps to housing instability or not having enough food on the table. And so we take the approach that we’re not just going to support our little ones, our children, but also their parents and the entire ecosystem of community that’s surrounding them.

Chris Riback:                 That’s what I wanted to ask you about. I mean, Baltimore is not unique. Urban centers like Baltimore, you’ve got health issues, environment, employment, higher education, violence, criminal justice, everything. How do you encourage focus on early learning when you have so many competing pressures?

Zeke Cohen:                  That’s right. But I also loved it. I mean, young people really give me a lot of energy and I’ll tell you could tell who had had access to high-quality preschool. You could really tell the young people that had a more enhanced vocabulary, whose literacy was a little further on. It was really as a teacher noticeable who had been through our pre-kindergarten system.

I’ll also say that one of my formative experiences as a city councilmember was a school shooting that took place in 2019 in West Baltimore. It was at a high school. A gentleman walked in with a gun and shot one of the school staff. And we held a hearing in the Education and Youth Committee about youth voices, youth violence. And the idea was to really hear from our young people about what they needed to reduce their exposure to gun violence.

And I’ll tell you, a lot of the adult conversation at the time was about, “Should we have more metal detectors in our schools or should school police walk around armed with a gun on while they’re in school?” But when we got to the young people, they wanted nothing to do with that conversation. In fact-

Zeke Cohen:                  So what they said is, “You all are city leaders are spending too much time thinking about how to better police us. What you need to be thinking about is how to prevent violence and trauma from occurring the first place.” And they spoke about their own lived experiences with homelessness, with food insecurity with day-to-day violence they’d see in community. All the different adverse childhood experiences ACEs that we talk about, the young people spoke about their own lives and called on us as legislative to use our power to address it.

And so I’m a former teacher, when young people speak with that level of precision and power it behooves us to listen. So I followed up with those three young folks Jaionna, Damani and Bryonna and said to them, “Listen, I’m interested, but I want you to work in with me. Let’s write a bill that directly addresses trauma.” Because we know that whether you are in early childhood or whether you’re in high school, so many of our young people confront very, very difficult issues.

We spent about a year doing a listening tour across our city in laundromats, in libraries and rec centers and classrooms. We heard from hundreds of people about their own experiences with trauma and what we could do to heal it. And then we pulled everyone together in what we called our first ever Healing City Summit over at Morgan State University, where our young people, some of them very little, did panels and TED Talks and poetry about healing from trauma.

And then we went over to Coppin State, another HBCU in our city, we had a big community fair and then we marched together to Frederick Douglass High School, which is where that shooting had taken place. And the young people spoke about what it was like not just to have been through this traumatic experience, but to have then written a bill to directly address it.

And our then Mayor Jack Young signed what we called the Elijah Cummings Healing City Act, which made Baltimore the first city in America to have legislated trauma-informed care. And so everything that we do whether it’s related to our early childhood education or our older adults, we think through the lens of the trauma that has impacted the people we serve and how we can better support our communities.

Zeke Cohen:                  So Jaionna is working, Bryonna is in college and Damani is actually there at Coppin State where we were at. He’s learning computer science programming, but both Bryonna and Damani have stayed involved as we created a trauma-informed care task force, they’ve helped to inform it. So they’ve been integral not only to the early phase of the work, but in really pushing it and powering it forward.

Zeke Cohen:                  100%. We either invest early on where we know every dollar we spend in the high quality early learning space pays huge dividends down the road or we pay for it on the back end. We’re a city that experienced mass incarceration. We locked up over 100,000 of our own people during a former mayor’s term. That is unconscionable. And you think about how much it costs to incarcerate someone versus how much it costs to educate them, it’s not even close. Not to mention the amount of damage that was done to families, to entire communities.

When Baltimore went deep into the war on drugs it essentially morphed into a war on communities of color. We saw where I used to teach in Sandtown-Winchester, kids would leave the school, they’d get jacked up against the wall. Their backpacks would get checked. It created this horrific relationship between law enforcement and particularly black children in our communities. It was a complete failure as a policy.

We are now having to walk that back. One of the things I’m proud of in the Healing City Act is that we not only train all of our city agencies in trauma-informed care, but we also ask them to work with us to shift policies. So I’ll just give you one example, which is we started with our library system. It is a place where everybody goes from people experiencing homelessness to-

Yes. And so one of the policies that they had was a zero tolerance policy. Anyone who was suspected of either being drunk or high would be immediately kicked out. And instinctively it makes sense. You don’t want someone who’s drunk causing trouble in a library. However, we know in 2022 that addiction is a disease and that to criminalize it or kick people out who are suffering is the wrong approach.

So instead through the Healing City Act, we’ve actually brought peer recovery coaches into our libraries. These are folks who have been through addiction themselves and who can help support parents, family members, anyone who’s struggling can help provide treatment, provide Narcan, whatever they need through a harm reduction lens. That’s the kind of rethinking of policies that I believe we need. And to close it out, we know that investing in our youngest people pays enormous dividends in creating safe, sustainable communities and strong adults.

Chris Riback:                 Wow, it sounds like you are doing a great deal of investing and we all hope it leads to the healing that your efforts, other efforts and the bills that you’ve passed will help bring. Councilmember, thank you. Thank you for coming to the studio.