5 Top Takeaways from the Investing in Child Care Careers Webinar 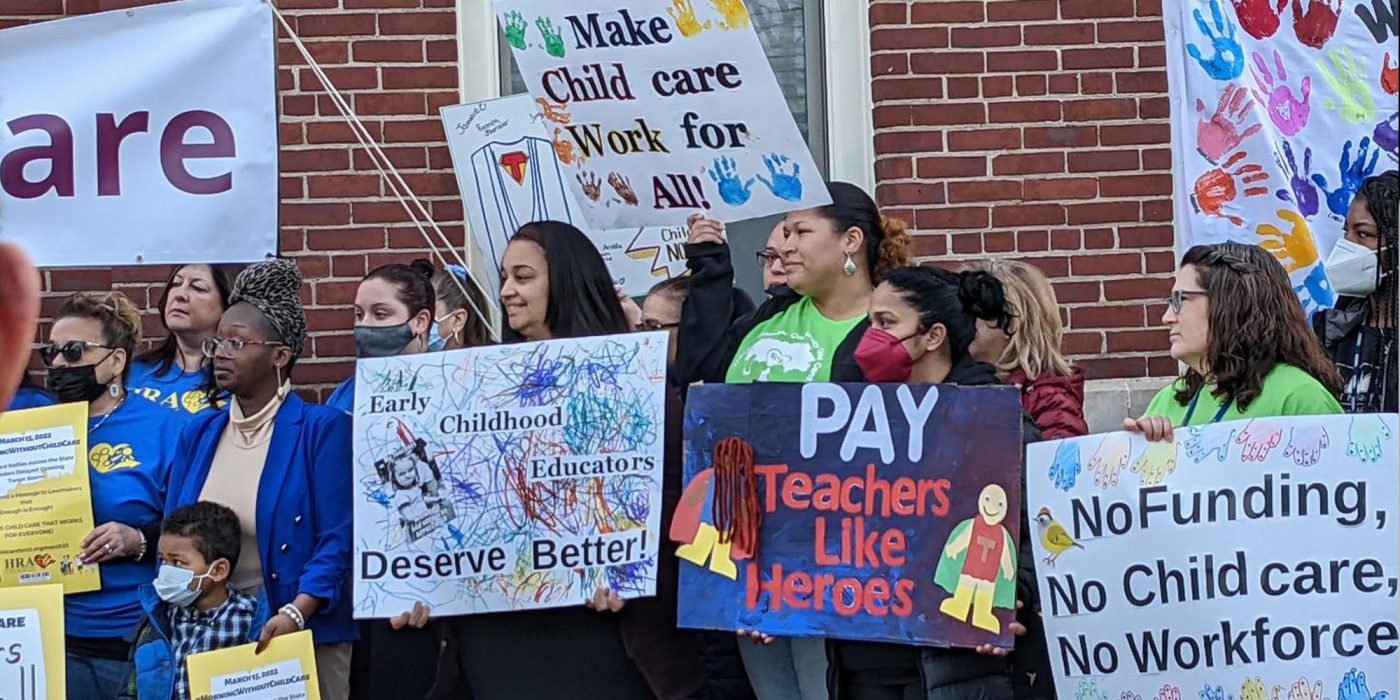 On April 26, the Industrial & Labor Relations (ILR) School at Cornell University hosted a webinar titled “Equity in Focus: Investing in Child Care Careers.” Catherine Creighton, director of the ILR Buffalo Co-Lab, served as moderator of the conversation, which featured:

“All work has value, and all work should be dignified.” — Patricia Campos-Medina, Executive Director, Worker Institute

The Department of Labor’s recent Bearing the Cost report dissects the issue and proposes solutions. In his foreword, Labor Secretary Martin J. Walsh writes, “It is far too common that women work hard and still cannot achieve economic independence in our economy.” Austin decried the loss of more than a hundred thousand jobs and the $13.22 per hour median wage for roles disproportionately filled by women of color.

2. The American Rescue Plan was a start. Highlighting the $39 billion in new child care funding that’s going for recruiting, supporting and retaining child care professionals, Gordon underscored the distinction between this infusion of cash and the sustained investment the sector needs.

Thanks to the efforts of Franklin County (OH) Rise Together, $23 million in Rescue Plan money is going toward early learning scholarships, incentive pay and rental assistance for child care workers in Ohio’s most populous county. The National Association of Counties (NACO) has been a valuable resource for officials like Crawley. (Register now for NACO’s annual conference and attend the July 22 session Counties for Kids: Celebrating County Leadership in Prenatal-to-Three.)

For Kashen, achieving the sustained funding that Gordon described demands a recognition of child care as a public good, like infrastructure. Among the benefits she cited of adequate investment: $60 billion in reduced business disruptions.

👉 Read more: How States Would Benefit If Congress Truly Invested in Child Care and Pre-K

3. It’s a question of dignity. This is a vital concept to understand, if society is going to pivot from a care quality focus to a job quality focus. “What conditions do educators need to experience dignity?” Austin asked.

Marcia St. Hilaire Finn, founder and owner of Bright Start Early Care and Preschool in Washington, D.C., provided this answer: “Workers want to know you care about their needs.”

Another factor is collective power, but organizing is hampered because domestic workers—including nannies—are excluded from the National Labor Relations Act. Julien contended this circumstance, rooted in the history of slavery, subjects them to massive exploitation and highlighted ways her organization is helping through “Know your Rights” and negotiation training.

👉 Read more: Why Now is the Time for Transforming Our Undervalued and Largely Unseen Care Workforce

5. “Those closest to the pain should be closest to the power.” Perry cited this dictum of Representative Ayanna Pressley in her remarks describing recent child care advancements in the District of Columbia—notably, the Birth-to-Three for All DC Act of 2018 and the establishment this past February of the Early Childhood Educator Pay Equity Fund. The latter measure increases taxes on affluent Washingtonians in order to boost early educator salaries from $33,000 to $43,000, on average. While giving credit to funders like the Bainum Family Foundation and advocacy organizations like the Under3DC Coalition and the Alliance for Early Success, Perry maintained that it has been the steady drumbeat of educator and parent voices that caused one council member to remark, “My god, wherever I go, somebody’s asking me about child care!”

Patricia Campos-Medina, Executive Director of the Worker Institute concluded the program with the words: “All work has value, and all work should be dignified.”