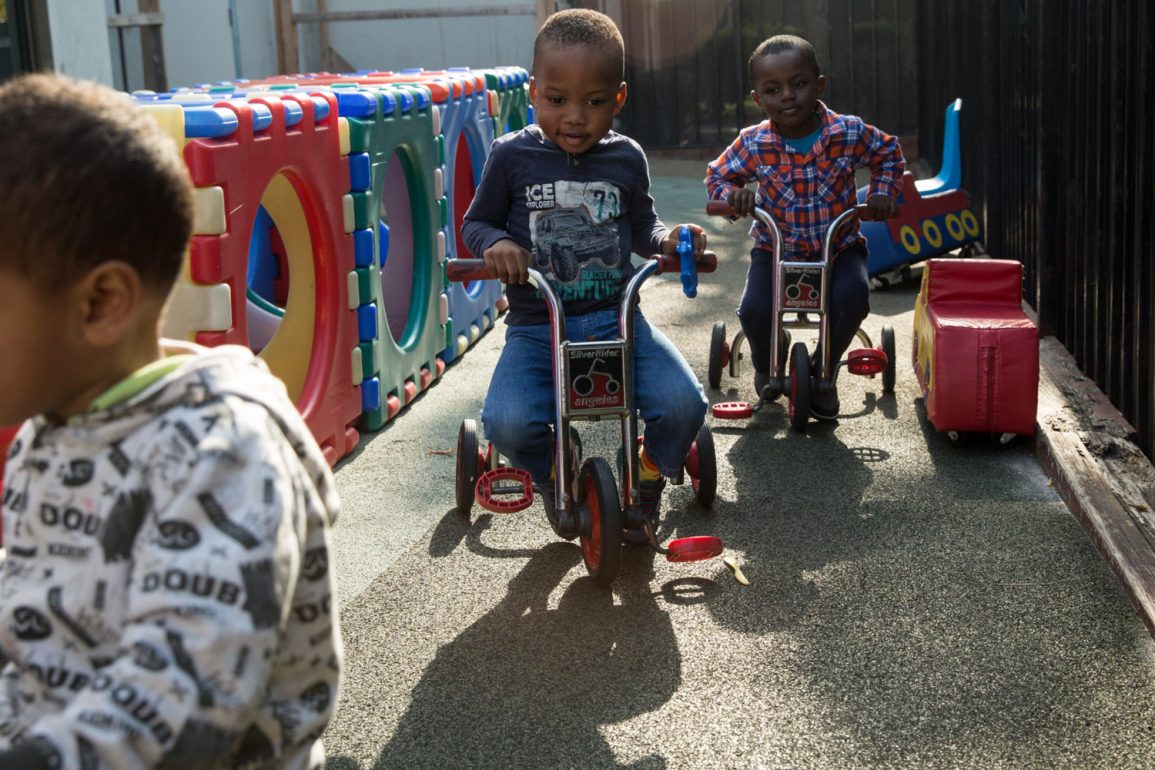 “Five- and six-year-old children are inheritors of poverty’s curse and not its creators.”
–President Lyndon B. Johnson, May 1965

In his January 1964 State of the Union address, President Lyndon B. Johnson declared an “unconditional war on poverty” in response to new research on the effects of poverty in the U.S. He then placed Kennedy administration stalwart Sargent Shriver in the lead to assemble a panel of experts to develop a comprehensive child development program—and Head Start was born.

The program began as an eight-week demonstration project aimed at helping break the cycle of poverty. It provided preschool children from very low-income families throughout the U.S. with resources to meet their social, emotional, health, nutritional and educational needs. Baked into the program’s design was the insistence that it be culturally responsive to the communities it served, and that families and communities would be invested in its success. The program offered supports for healthy child development that included nutrition, medical and dental screenings, vaccinations and referrals to other social services. The poverty was acute: Some of the children coming into the program had never seen a book; between 9 and 17 percent of the families reported having no running water in their homes.

The program quickly grew to include full-time, full-year services offering a diverse set of program options with more than 36 million children participating over the years. Head Start currently serves more than 1 million children and their families in all 50 states, the District of Columbia, Puerto Rico and U.S. territories, as well as American Indian, Alaska Native, and migrant and seasonal communities.

Decades of research have shown short- and long-term successes for Head Start children; notably, fewer teen pregnancies, improved educational attainment and employment, and less criminal involvement. Until now though, no studies have tracked these effects into the second generation—a true test of whether poverty’s cycle was interrupted rather than just somewhat improved. Thanks to some deep, number-nerd detective work by economists Drs. Andrew Barr and Chloe Gibbs, the first large-scale intergenerational study of Head Start’s effects has been published in the Journal of Political Economy.

Although it seems that following up on a massive program like Head Start would be a policy no-brainer—who doesn’t want data on their program’s effectiveness, especially if it has been successful—getting information for the second-generation study was a daunting undertaking. Barr and Gibbs’ paper, “Breaking the Cycle? Intergenerational Effects of an Anti-Poverty Program in Early Education,” took eight years and multiple rounds of improvements and revisions before its publication this year. Gibbs, an economist at Notre Dame who studies early childhood education, says that during that period “he has had three children and I’ve had two. So, the paper is older than our kids.”

The statistical kismet that enabled the project goes a long way to explaining why such a longitudinal study is only now being done. The study required the passage of decades—as the early Head Start children grew to adulthood and their children did the same—and statistics that could be verified along that timeline. The first kids in Head Start were in the program in the late 1960s. Their records were housed in the National Archives and Records Administration (NARA), where Barr and Gibbs drilled down for data on the availability of the program during its early years.

The two economists’ concept was that this Head Start data could be linked to another massive data set: the National Longitudinal Survey of Youth-1979 Cohort (NLSY79), a project of the U.S. Bureau of Labor Statistics that followed the lives of more than 12,000 American young people aged 14 – 22 when first interviewed in 1979. The secret sauce that made the second-generation study possible was the NLSY79 Children and Young Adult cohort, a second longitudinal project that followed the biological children of women in the NLSY79. By matching the NARA data with the NLSY79, Barr and Gibbs were able to compare such measures as teen parenthood, education, employment, and income between the women who had Head Start available as children and those who didn’t. They then could look at similar outcomes in the children of the Head Start mothers compared with the second generation from mothers who lacked access to the program.

The appendix for the study alone was 122 pages of supplemental figures and tables, and small-print notes on the figures and tables. If the thought of making sense of those three data sets in relation to each other doesn’t make you a little woozy, you may not have grasped the complexity—or you may be an economist.

“Well, I do like numbers,” Barr, an economist at Texas A&M, says with a laugh.  “I’m motivated by trying to figure out how to help people better and it’s important to use evidence and careful thinking to answer that question.”

One of the study’s findings that Barr initially found surprising was the degree to which the intergenerational effects held. It would be predictable that large effects on the first generation of Head Start kids might begin to diminish in their children’s generation, but that didn’t prove to be the case. The results held within the same statistical neighborhood as the first generation, pointing to an observable disruption in the conditions of poverty.

Barr and Gibbs’ paper, “Breaking the Cycle? Intergenerational Effects of an Anti-Poverty Program in Early Education,” took eight years and multiple rounds of improvements and revisions before its publication this year.

Though many of the first Head Start generation now have grandchildren and some may have great grandchildren, the longitudinal data sets don’t exist to track results into the third and fourth generations. But just as a sailboat adjusting its direction by one degree can ultimately alter its destination by hundreds of miles, putting in early, effective course corrections for a generation of Head Start kids may prove to exponentially improve the lives of their heirs.

“The emphasis, the vision for the Head Start program was to do precisely what we document in this paper,” Gibbs says. “By breaking the cycle of poverty, the vision was to move the first generation substantially enough that their children were on better footing to have successful lives, to flourish.

“It’s so rare to be able to answer the question, ‘Did this program do the precise thing it was set up to do?’ But here, we’re able to say that the second generation has that better foundation to move through life with better outcomes.”

The implication is not simply that the Head Start program of yore created lifelong changes for the participants and their offspring, but that resource-rich programs that provide what families and children in their earliest years need can have a lasting difference into subsequent generations. Poverty is a condition, not an immutable fact, and with proper resources, smart implementation and buckets of political will, its debilitating cycle can be broken.