Sal Khan and His Planet-Saving Academy 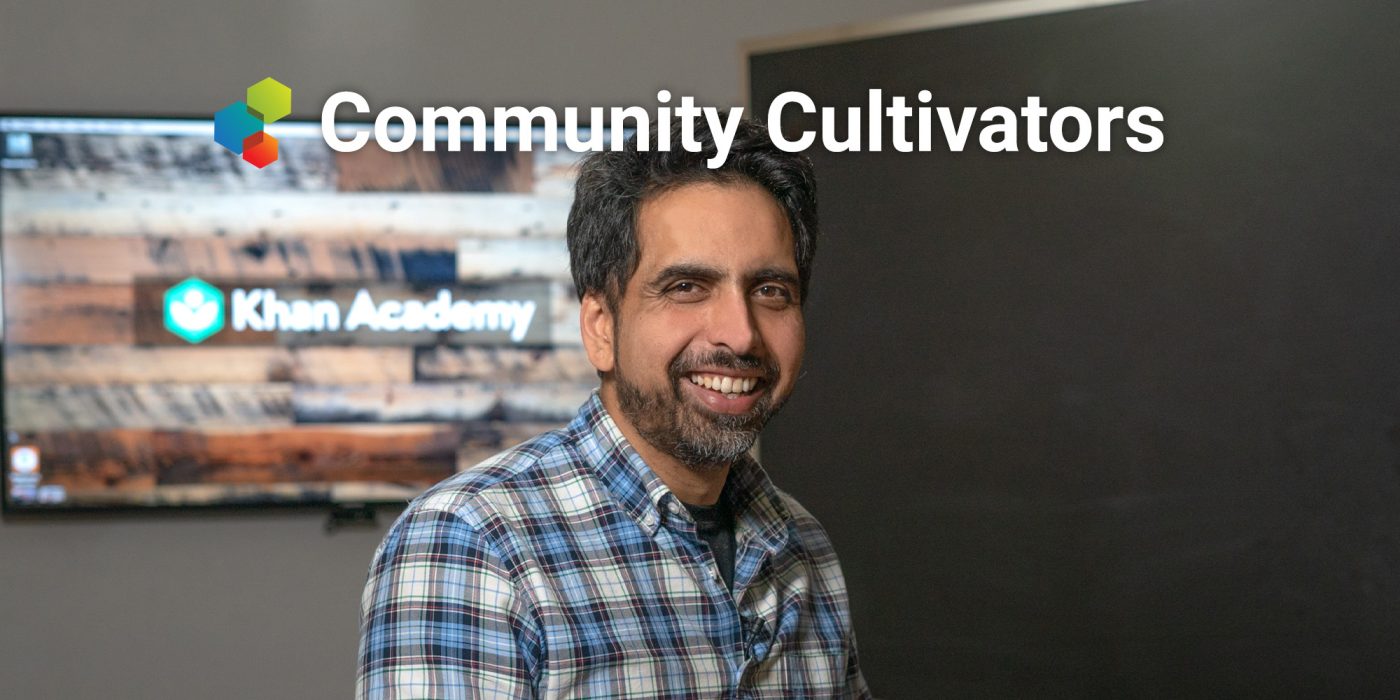 “What happens when we grow up?” asks Douglas Wolk in his recent book about Marvel Comics. “We may try to put away childish things, but we can’t, or shouldn’t. The best thing that can happen is that we turn those things into something bigger and more beautiful.” Sal Khan exemplifies this hope. More than 280 U.S. school districts and people in more than 190 countries use Khan Academy. As founder of the organization and its nonprofit offshoots Schoolhouse.world, Khan Lab School and Khan World School, he has built a planet-changing education powerhouse that touches millions. 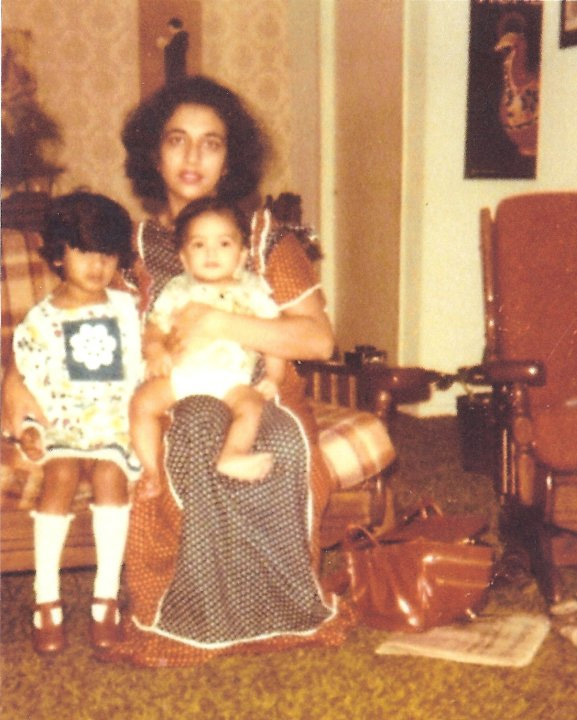 “I always wanted to be a Dumbledore-type figure,” he admits, referring to the headmaster wizard from the Harry Potter series. “When I worked at a hedge fund, I used to tell my friends, ‘I’m only doing this until I have enough money to start a school on my own terms.’” Before he made the first of the bite-sized videos that gave rise to his empire, he wrote educational software that family members could use. “I would always alternate between grandiose ambitions—Maybe one day, this could be used by millions, and—Sal, calm down. You know how unlikely that is,” he recalls. The example set by MIT OpenCourseWare nudged him onto the nonprofit road rather than the presumably more lucrative “Ed Tech” route.

Before long, he started getting thank you letters from people he’d never met. Someone would write to say his educational platform “changed my view of myself.” Another wrote, “This is what gives me the confidence to become an engineer.” Another: “This helped my kids with learning disabilities.” The letters, Khan says, gave him permission to dream a little bigger. And those bigger dreams originated in the comic books and science fiction novels he had devoured when he was young: Hari Seldon, protagonist of Isaac Asimov’s Foundation series, aspires to shorten a 30,000-year dark age to a mere millennium by collecting the world’s knowledge. Orson Scott Card’s Ender’s Game series traces a plan for training precocious children to protect the Earth from an alien attack. Neal Stephenson’s Diamond Age—well, it’s complicated, but it involves a colony of orphan girls obtaining information that the nobility wants to deny them. Outlandish plotlines converged around the vital role of learning.

Born and reared in Metairie, La., outside of New Orleans, Khan belonged to an early wave of south Asian immigrants from the 1970s. In a culture where divorce was practically unheard of, his physician father left when Sal was 18 months old. The family struggled financially, but a network of uncles gave him a sense of belonging. “Even though things weren’t optimal,” he says, “I had a nurturing, supportive family structure. We still were part of that community.”

He also had the “high educational aspirations and expectations” researchers have found to be critical for overcoming poverty and showed academic promise, though admittedly not as much as his big sister. “Everyone was saying, ‘Farah’s going to be President of the United States, and Sal, let’s hope he stays out of trouble’,” he laughs.

Today, married and father of three children, he’s acutely conscious of the privileges they enjoy, compared to children around the world. “My kids go on field trips and engage in Socratic dialogue and gardening, and all the wonderful things that we can do in these types of schools. But how do you create a great school anywhere? With Khan Academy and Schoolhouse (free online tutoring) all it takes is a satellite, a shipping container and a teacher to potentially create a far better experience than what kids would otherwise have.”

Khan firmly believes anyone can learn anything. It just takes a growth mindset—a concept pioneered by Carol Dweck that distinguishes between praising students for their intelligence and praising hard work and effort. He still regrets the headline “Why I’ll Never Tell My Son He’s Smart” that somebody else gave his essay on the subject. “That’s when I learned about clickbait,” he grins.

👉Read more: Beyond ‘Good Job’ – Praise that Pulls for a Child’s Growth and Development

A Tale of Two Technology Cities

The Khan Academy journey has illustrated the potential of technology to transform education. Khan says it recalls the dominance of television during his youth: “TV had a lot of time-wasting things on it, but it had public television, too, and the kids would learn a lot.” 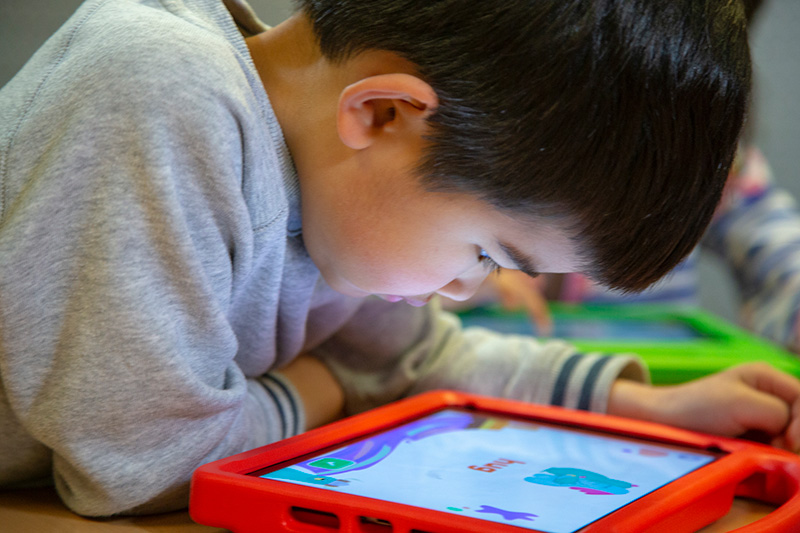 “Unfortunately,” Khan says, “It’s been a little bit of a Tale of Two Cities. Much of the world still lacks the tools that have been proven to unlock human potential. I think of a young girl born to a prostitute in Calcutta,” he says. “She could cure cancer; she could solve the next problem in physics, but without some type of a lifeline, she has a hard road ahead and the odds are stacked against her. Khan Academy becomes almost the shadow safety net school system for the world. That’s one of my dreams.” He stresses that the ideal remains a supportive social environment, a classroom with great teachers and great parental support.

Not all distance education is perfect, he acknowledges, but the pandemic confirmed his faith in the Khan Academy model.

To convey his vision of “an institution for the world that could last well beyond me,” he invokes a comic book analogy. “Obviously there aren’t people who can fly and spray ice out of their fingers. But there are these incredibly high-potential kids all over the planet, and like the X-Men, they risk becoming marginalized because of their potential. But if they’re able to tap into their gifts properly, they’re going to save the world.”