How Congress Can Still Save Child Care 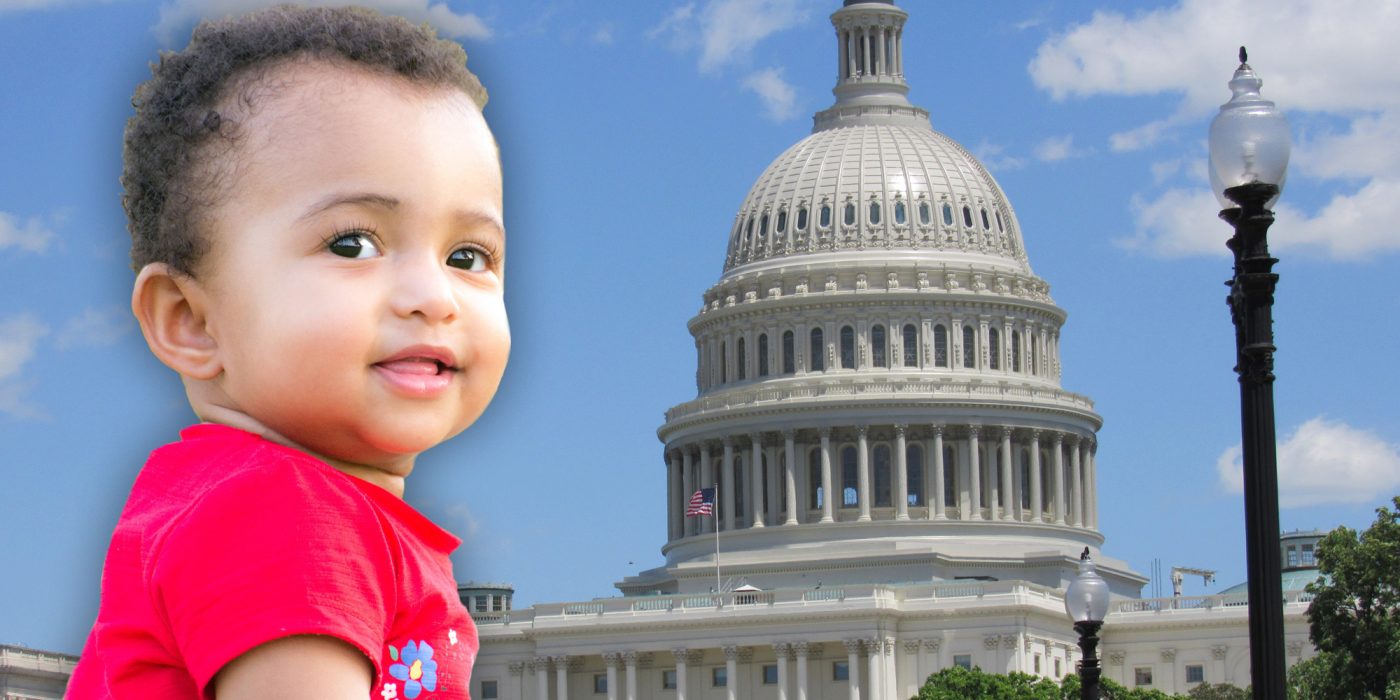 Photo of baby by Nessa Nidhil on Unsplash

Elliot’s Provocations unpacks current events in the early learning world and explores how we can chart a path to a future where all children can flourish. Regarding the title, if you’re not steeped in early childhood education (ECE) lingo, a “provocation” is the field’s term—taken from the Reggio-Emilia philosophy of early education—for offering someone the opportunity to engage with an idea.  We hope this monthly column does that: provocations are certainly not answers, but we hope Elliot’s Provocations helps you pause and consider concepts in a different way.

While there is much to celebrate about the Inflation Reduction Act, one group was left on the outside looking in: parents with young children. Child care, once thought a likely inclusion, was cut from the final reconciliation package. Although Senate Majority Leader Chuck Schumer has pledged to “keep fighting” on child care, there is no clear plan to save a dying sector relied on by millions of parents. The good news is that a viable bipartisan path has already been laid out.

The facts of the child care crisis are indisputable. Programs are constrained by high fixed costs and meager public support, so they charge parents sky-high fees while cutting wages to the bone, yet still struggle to keep the lights on. More than 16,000 providers have closed permanently since the start of the pandemic, and the system is beset by ongoing staffing shortages of over 85,000 educators. Without a major increase of permanent public money, parents will face continually fewer and more expensive choices, while the economy experiences ongoing drag.

Child care needs swamp ideology. Two-thirds of U.S. children under the age of six have all available parents in the workforce. Child care deserts are rampant and harm businesses in both blue and red states. By some metrics, rural areas have even bigger supply problems than urban ones…No politician has constituents untouched by the issue.

Passing large amounts of child care funding now requires going through regular order and the 60-vote filibuster threshold. On nearly any other issue, that is an insurmountable obstacle. However, 12(!) Republican Senators are already co-sponsors on a bill reflecting many Democratic priorities: reducing child care fees while improving child care supply and quality. For those keeping score at home, those 12 plus the Democratic caucus gets a bill passed. The problem is the legislation has no dedicated funding attached.

The Child Care and Development Block Grant Reauthorization Act was introduced in March by GOP Senators Tim Scott and Richard Burr. The bill supercharges the existing child care subsidy system used in every state. Among other policies, it makes care free for all families below 75% of state median income (in an average state like Michigan, that’s ~$70,000 for a family of four) and substantially improves educator compensation. Without any set aside funding, of course, these promises are worth as much as the paper they are printed on. That said, a common bipartisan framework clearly exists.

And it should – – child care needs swamp ideology. Two-thirds of U.S. children under the age of six have all available parents in the workforce. Child care deserts are rampant and harm businesses in both blue and red states. By some metrics, rural areas have even bigger supply problems than urban ones. Beyond the youngest kids, millions more families rely on child care programs for their elementary schoolers’ before- or after-school care. Many of the nation’s stay-at-home parents are financially strained and feel isolated. No politician has constituents untouched by the issue.

Compromises will be needed to win enough support to pass child care legislation, but as the gun safety, CHIPS, PACT, and IRA bills have recently proved, compromise (both between and within parties) is indeed possible.

Democrats will need to accept explicit language affirming faith-based child care programs’ right to receive public funding. This is already a feature of the existing system, but one that caused consternation during the Build Back Better debate. Moreover, this would be an ideal time to adopt some form of a ‘home care stipend,’ cash support for stay-at-home parents. This is an idea with backing from both progressives and conservatives. Similarly, the processes for starting in-home daycares and for informal caregivers (like grandparents) becoming recipients of public support could be eased. Together, these measures would address concerns about government overreach or putting the government’s thumb on the scale against stay-at-home parents.

For the Right, the concession will come in agreeing to robust funding sources. One obvious candidate is the estate tax, a levy currently only paid by the wealthiest 0.2% of Americans. A new report from researchers at Penn-Wharton shows that if the 2000 estate tax law were in place, the U.S. would be generating nearly $80 billion more a year. Other studies find that simply going back to Obama-era standards would raise between $20 billion and $30 billion per year over current levels. Framed as a tax on the ultrarich, the policy has strong support from the public, and that’s before tying it to broad child care benefits.

Whether through estate tax reform or other means, leaders on both sides of the aisle should sit down and identify a dedicated source of permanent child care funding. Between the proposals put forth by Senators Scott and Burr on the right and Senators Murray and Kaine on the left, there is surely a deal to be struck. It is unquestionably worth the attempt.

No other path is so promising. States are doing their best, but simply don’t have the funding capacity to solve the crisis. The draft Senate appropriations bill includes a measly $1 billion increase in child care funding (the Murray-Kaine plan offers more than ten times as much). Digging up another tranche of emergency funding would help but do little to address the crippling workforce shortage. Relying on a post-midterms Congress likely to contain a hardline House is somewhere between risky and reckless.

President Biden and the Democrats have notched an impressive set of legislative victories by not letting the perfect be the enemy of the good. Republicans have displayed a willingness to set down their sabers when there is a legitimate opportunity to advance their goals. Those principles should now be applied to aid the millions of families with young children — across both parties — who are waiting, desperately, for their turn to get some support.