Book Review: “The Stolen Year” by Anya Kamenetz: Heart-Wrenching, Heart-Warming Stories of Children in the Pandemic 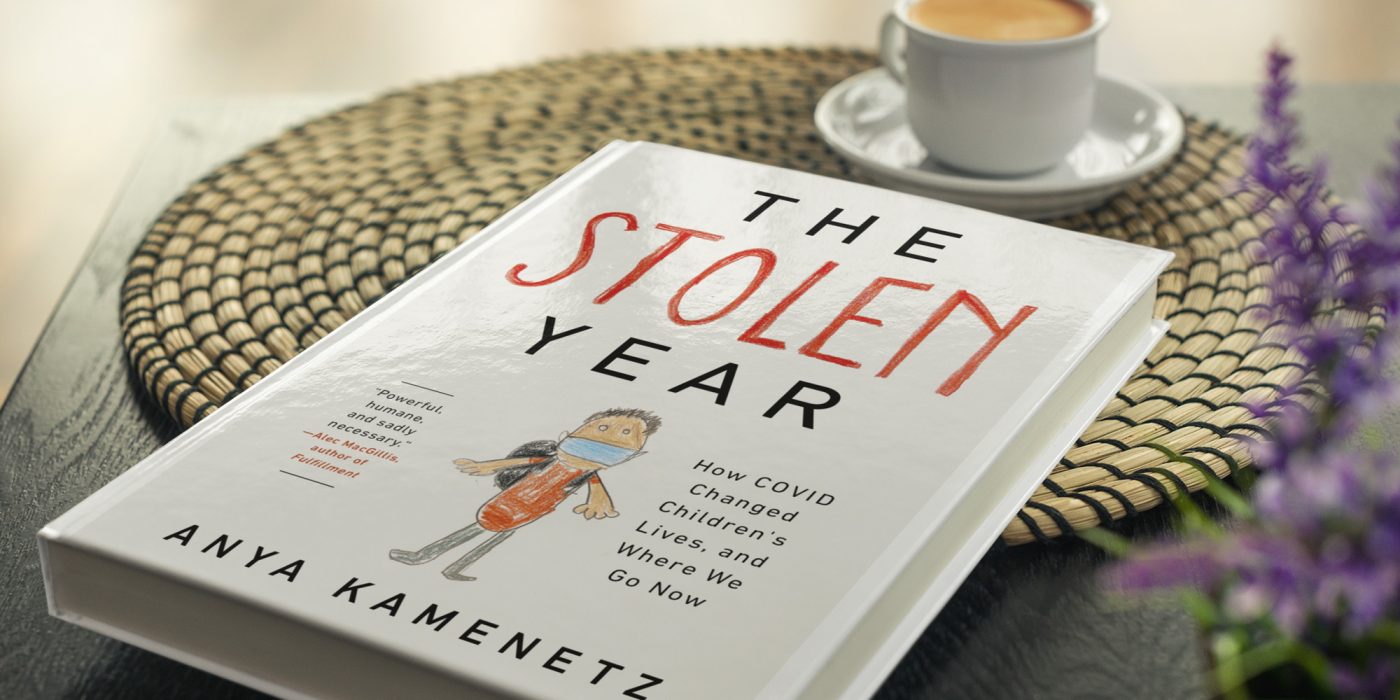 Children and the people who love them endured a lot in 2020 and 2021. This was one of the most trying times in human history, and NPR education correspondent Kamenetz eloquently and humanely depicts the panic that reigned in every household, office, court and classroom.

The author of “The Test” (2015) and “The Art of Screen Time” (2018) interviewed diverse experts, children and families to weave together snapshots of systematic and household dynamics across the nation and how they survived the pressures of an unrelenting public health crisis. Kamenetz covers the influence of COVID on many aspects of life, including school, hunger, mental health, child care and parenting trends.

The book is organized by semesters, summoning the stress regarding the safety and efficacy of school closures, reopenings and hybrid models. Shifts in kindergarten classrooms affected the psychosocial well-being of our youngest students.

Investments in children bring compounding returns, and harm to children has long-term consequences. The investments are overdue.

Kindergarten is not mandatory in most states. Kamenetz explains compulsory schooling and the concept of kindergarten, other educational systems and their many adaptations. Their loss can set students and society back for years to come. “Experts expect to see the pandemic cast a shadow on mental health across the population for a decade or two to come,” she writes,  “including on children who were in utero while their mothers experienced the stress of lockdown.”

When the pandemic hit, babies missed routine doctor visits, toddlers went without vital learning experiences and missed milestones went unflagged. For speech and motor delays, outcomes tend to be better the sooner they are identified and treated. During 2020, referrals dropped and so did the rate of services provided.

Clinics treating children under five saw increased sleeping problems, nightmares, physical aggression and regression behaviors like bed-wetting. Kamenetz cites a study showing that depressed children as young as four who talk about dying have a clearer understanding than their peers of the violence and permanence of death.

Oliver is one such kid whom Kamenetz follows throughout the book. He stopped eating during his struggle with depression and suicidal ideation. “My middle son needs the schedule to keep him regulated. He also missed his friends. He missed normality. And he was scared,” his mother Beth explains, “My baby. Saying he would just rather die, over and over and over again.”

Kamenetz notes that while children younger than puberty are historically very unlikely to commit suicide, these comments and behaviors are to be taken just as seriously in young children as in adolescents and adults.

Missing school and routine socialization compounded many problems that young children and their families already faced, most notably, hunger and poverty. “Even when hunger lasts a short time, the harms can linger for decades,” Kamenetz explains, “Pregnant women who aren’t well nourished have babies who weigh less and struggle more to survive.” The Dutch “hunger winter,” a wartime season of extreme deprivation caused by the Nazis in Holland in the early 1940s, illustrates that a period of hunger can have an epigenetic impact, meaning it affects the genetic expression of babies in utero. Most strikingly, that generation grew up to have a higher risk of schizophrenia.

Hunger in young children is associated with chronic illness, behavior problems and lower school performance. Chronic malnutrition, a lack of essential nutrients, is believed to interfere with brain development. Food insecurity, the preoccupation with having enough, is associated with high levels of parental stress and, therefore, with children’s mental health and behavior problems.

Enter seven-year-old Habersham, his seven siblings and their mother Heather in St. Louis. When Heather had to go to work, she’d sometimes leave the younger children unsupervised for a few hours, locking the door behind her. Habersham often found his way out. Their home didn’t have enough space or working computers to plug in for school, so instead, he’d don his uniform red polo shirt and khakis and head to a local Family Dollar store, where a cousin worked. Habersham held doors and carried bags for tips. He used the money to buy a hot meal from the corner store.

When Habersham and friends broke into a seemingly vacant building nearby, he was shot in the leg. Heather explains that even with the child welfare investigation from St. Louis’s Department of Social Services, she didn’t get the services she needed to support her family, “When [the shooting] happened, everyone was on my case, like, ‘oh, these kids need help.’ But no one was helping me.” Rebecca Winthrop, senior research fellow at the Brookings Institution, argues, “You can’t hope for children to be resilient in a crisis unless you deeply support their caregivers.”

Kamenetz cites data from Phil Fisher’s RAPID-EC surveys of families with children under five at the beginning of the pandemic. Black and Latinx households were much more likely to report material hardships, including problems paying for utilities, housing and food.

Investments in children bring compounding returns, and harm to children has long-term consequences. The investments are overdue. “To put things right we need to put children at the center of our decision making in a way we never have before in this country,” Kamenetz writes.

At its most wrenching, “The Stolen Year” highlights the words and worlds of children and adolescents around the country who are often overlooked. Historical context demonstrates how families ended up in these predicaments.

Eventually, lockdowns are lifted. Schools and childcare facilities reopen. We learn that Oliver starts teletherapy and begins eating again. Habersham recovers from his injury. Most of the children and families in these instances receive the services they need. Still, the impact of COVID was unequal and the most vulnerable populations experienced the most hardship.

Tender and devastating, concise and sentimental, “The Stolen Year” draws upon Kamenetz’s identity as a mom and a journalist to reckon with what happened, what went wrong and how to move on.