Squaring Up with History: Child Trends’ Chrishana Lloyd and Julianna Carlson Dig Deep on the Value of Care 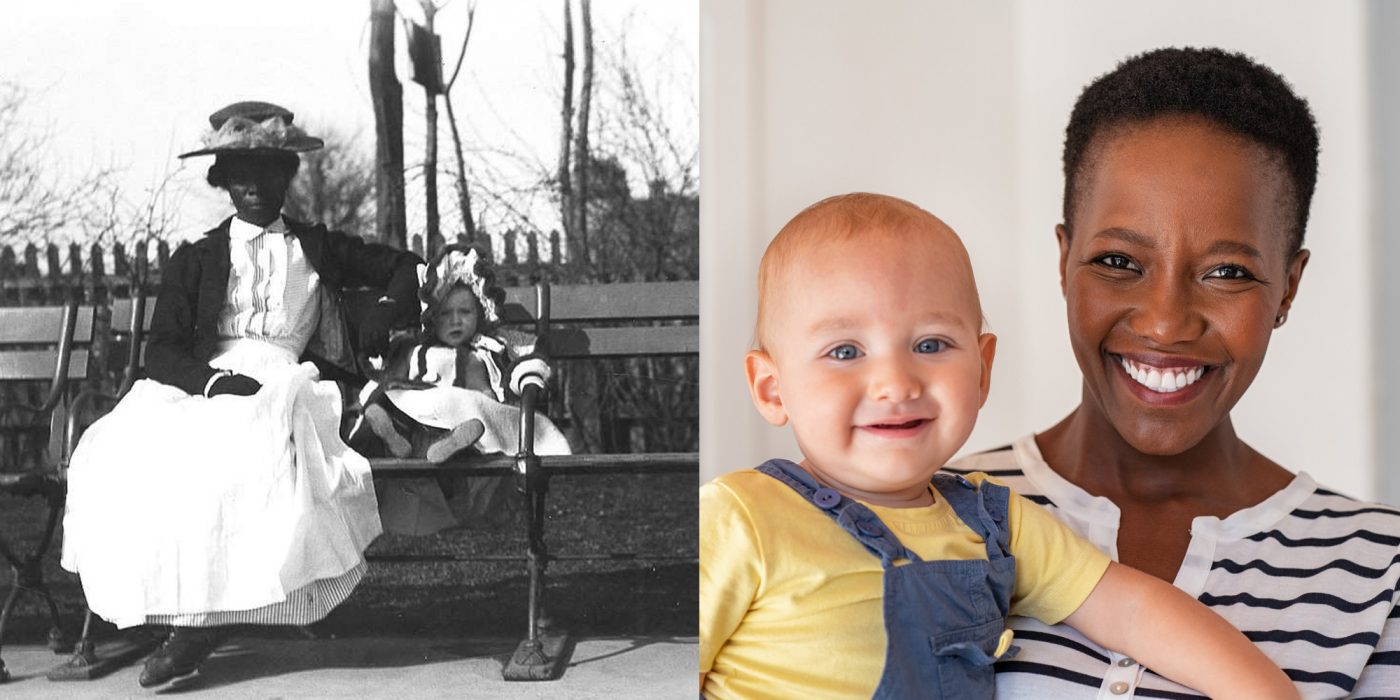 A new report commissioned by the Early Educator Investment Collaborative—Mary Pauper: A Historical Exploration of Early Care and Education Compensation, Policy and Solutions—is one of the most talked-about publications in the field today. With a title that puns on Disney super nanny Mary Poppins, it unearths the backstory behind today’s early care and education (ECE) dilemma: families can’t afford to pay for it, and the people who offer the care can’t afford to live on the pay.

I spoke to two of the co-authors, Chrishana Lloyd and Julianna Carlson, research scholar and research scientist, respectively, with Child Trends. Lis Stevens from the Bezos Family Foundation, which belongs to the collaborative, joined our conversation.

Mark Swartz: How did “Mary Pauper” initially come about?

Chrishana Lloyd: The collaborative sought a firm foundation for their work, focusing on early care and education and compensation issues. Today’s poor wages and lack of respect all stem from patriarchal, racist and capitalistic roots.

Swartz: It seems to be generating considerably more attention than the standard research paper. What do you think accounts for that?

Lloyd: A lot of ECE people have been challenging themselves to think about what they do as practitioners, researchers, academics and policy makers. Given the history, what is their role? How can they push towards more equitable compensation, treatment and opportunities?

Julianna Carlson: White folks have had the benefit of not having to think about these issues, about the why and how behind the system that we’re a part of.

Lis Stevens: You can certainly talk about the ECE workforce without addressing the history of racism and sexism, but I don’t think the conversation will be as meaningful or sustainable. Our work might end up in the wrong place.

Carlson: If we aren’t taking into account this vast context behind it, we’ll come up with Band-Aid solutions that don’t address the structures and the systems.

Stevens: You don’t want to reproduce the challenges that already exist. You can’t repair trauma. You can’t really move forward, unless you have some sort of reconciliation, or at least enough respect to square up with the history.

Swartz: How does this research fit in with the rest of Child Trends’ Early Childhood research?

Lloyd: Child Trends draws on a mix of disciplines and perspectives. We have sociologists, social workers, family studies specialists, psychologists, statisticians. The idea is to do research in the service of strengthening the lives and the opportunities and the communities where children grow up, whether it be education or family systems or other systems.

A lot of our work focuses on people and communities who have been marginalized; that tends to be people who are of color. In that sense, “Mary Pauper” fits squarely into work that we have been doing for years, especially our agenda on Black families.

Carlson: Applied research, sometimes called translation of research, is about making sure that research gets back to communities, gets into the hands of policy makers and the people who have the ability to make decisions and direct funds. We get to meet some really incredible ECE professionals. Elevating their voice in a meaningful and authentic way is part of our work.

Swartz: What makes this project right for the present moment?

Lloyd: Covid and the killing of George Floyd and Breonna Taylor brought these issues to the forefront. Covid illustrated some of these inequities that exist in the country, and in particular if we’re thinking about ECE, what that means for the workforce.

Swartz: And there’s been a renewed attention paid to history.

Lloyd: It’s been a little over 400 years since the first African people were brought over to Virginia, which is my home state. That’s about 75% of the time this country as many describe it has been in existence. You can see the legacy of that in the archival images we included in the report. That front cover of the Black woman with the white infant little girl was taken in New York. And there’s another picture that’s similar that was taken in the South. And we deliberately wanted both of those pictures, to illustrate the point that these issues were prevalent in the North as well as in the South. Some people have referred to the North as the engine behind slavery.

Carlson: We feel there’s a window of opportunity now, with widespread awareness and thinking more deeply about the value and importance of child care. These moments generally come from the ground up, and they generally happen where there’s a significant need.

Lloyd: There’s awareness now that the existing model has never worked for Black people. We can no longer consider this a private issue.

Swartz: Do you consider Mary Pauper to be an extension of the New York Times’ 1619 Project?

Lloyd: In a sense, yes. The 1619 Project sheds light on some of the ways that people have been marginalized in this country. As [1619 Project creator] Nikole Hannah-Jones points out, this is a country that values individualism. We believe individuals should be respected and that each vote should count, but we’ve been so hypocritical. Chattel slavery was an institution that didn’t count people, and later we counted people as three-fifths of a person, out of economic reasons. History really does force you to grapple with some of those issues.

👉 Discover the Early Childhood History, Organizing, Ethos, and Strategy (ECHOES) project from the Center for the Study of Child Care Employment

Swartz: Who else has inspired your work?

Lloyd: One person is Marcy Whitebook, founder and co-director of the Center for the Study of Child Care Employment at the University of California at Berkeley. She has been grappling with issues related to ECE compensation since before the 1970s. I sat on a panel with her a couple months ago, and I was tickled pink that she had our cover on her blackboard. And then, there are all these unnamed people who have been fighting for years and years, the women who were forced to wet nurse and to care for others and take people’s laundry in and not care for their own children. I’m inspired by Black women working for white women children and by immigrant women who do that to this day.