Book Review: Screaming on the Inside: How Modern Motherhood Explains the Child Care Crisis 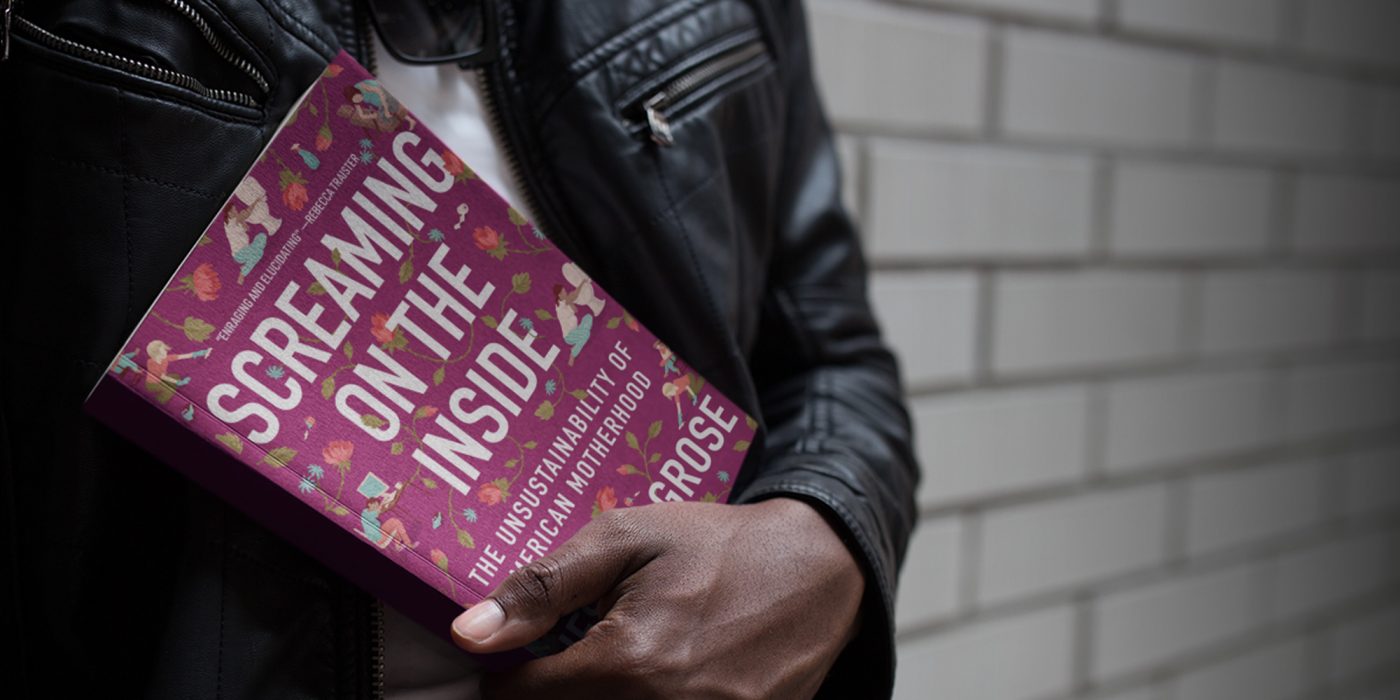 Jessica Grose
“Screaming on the Inside: The Unsustainability of American Motherhood”
Mariner Books
240 pages

As a man, a husband and a father, it turns out reading a book about motherhood could hardly be more valuable. I cannot tap into a shared experience of hormonal upheaval nor consider what it is to look upon one’s child knowing you housed them and brought them into this world. It is equally true that I have never felt the lidless, ceaseless glare of society’s contradictory expectations fall upon me like the Eye of Sauron, if Sauron was very interested in making sure mothers simultaneously stayed home with their children, provided for their families, managed the household, were constantly on-call for any need and greeted their spouses with a smile and dinner. For these reasons and more, Jessica Grose’s new book Screaming on the Inside: The Unsustainability of American Motherhood is a must-read for anyone, mother or not, who wants to understand why the American approach to early care and education is such a mess.

Grose, a New York Times opinion columnist and former editor of their Parenting section, has written a part-memoir, part-history, part-reportage, part-manifesto that arrives at a moment when parents around the nation are not only contending with a vicious child care crisis, but a triple-whammy of child illness. Her main thesis is as simple as it is powerful: when it comes to the ideals of modern motherhood, “the ideals as they are created now serve almost no one. They may serve industry, but they do not serve us or our families.”

Grose adds that these impossible ideals are also dangerously individualistic: “the contemporary set of expectations … don’t engage with the broader community in any way, shape or form. Rarely do babysitters, teachers, grandparents, aunties, uncles or friends appear in heralded images of motherhood that are beamed into our phones. If the pandemic taught us anything, it should have taught us that we need to invest in our local, national and international ties to raise the next generation.”

All of this is extraordinarily relevant for current discussions around the first five years of life. After tracing the evolution of American thought about mothers (from the are-you-kidding-me Colonial idea that a craving for a certain food would cause the baby to emerge with a head of that food, to the are-you-kidding-me idea that mothers’ emotional state caused miscarriages, leading one woman to be sterilized in 1953 simply because she had clinically extreme morning sickness), Grose turns to the pivotal last half-century.

Here, echoing Maxine Eichner’s The Free-Market Family, Grose shows how Nixon’s pointed veto of the 1971 Comprehensive Child Development Act combined with increased female labor participation led to the rise of the ‘Supermom’ model: “As professional mothers flooded the workplace in the 1970s, 1980s and 1990s, despite a basic safety net, the ‘supermom’—a star at work and at home—became the unrealistic ideal splashed on the cover of magazines.” Since then, Grose argues, the expectation pile has only grown somehow higher, nowadays including the fact mothers are supposed to be engaging in “self-care” — the responsibility, again, falling on their shoulders.

Grose’s work is continually nodding—implicitly or explicitly—to the disastrous way American motherhood is circumscribed and isolated. The choices mothers are offered around work and care are often no choices at all. Her chapter on work reminded me of a study about the so-called “Mommy Wars” between working and stay-at-home mothers in which sociologist Melissa Milkie and her colleagues concluded, “an emphasis on choice deemphasizes the social aspect of the problem, instead individuating the problem and its solution to mothers themselves, thus leaving the weighty burden of responsibility for mothers to bear alone — and a symbolic wedge between them on other mothers.”

Of all the themes in the book, that one is arguably most telling for early care and education. There is a surprising lack of mass political action around child care from parents, despite it being a pain point that goes broad and deep. Reading Grose’s book helped me better understand one aspect of why, perhaps one that would have been more evident were I a mother: the weight of our cultural ideals make every step toward demanding public support excruciating and transgressive. As Grose summarizes one interviewee’s perspective, “Mothers are trained to feel like they should be grateful for whatever they get.”

That’s why the final chapter of the book is a refreshing burst of hope. Grose points out the progress that has been made, and highlights promising parents, politicos and policies — the last of which, including affordable child care and robust paid family leave, are frustratingly distant but not unfathomably out of reach. One walks away from Grose’s book feeling as if we have come through hell and high water when it comes to American motherhood, but that with a concerted effort we may just find our way to solid ground. As Grose puts it, “We need allies in our lives, in our workplaces and in our government who are going to use their power to make the United States a friendlier place for our families.” This book will make you a better early care and education advocate and a better ally, and anyone will be better off for reading it including, if not especially, men.