“Like a Dream Become Reality”: Multnomah’s Preschool For All Effort Showcases Parent Power 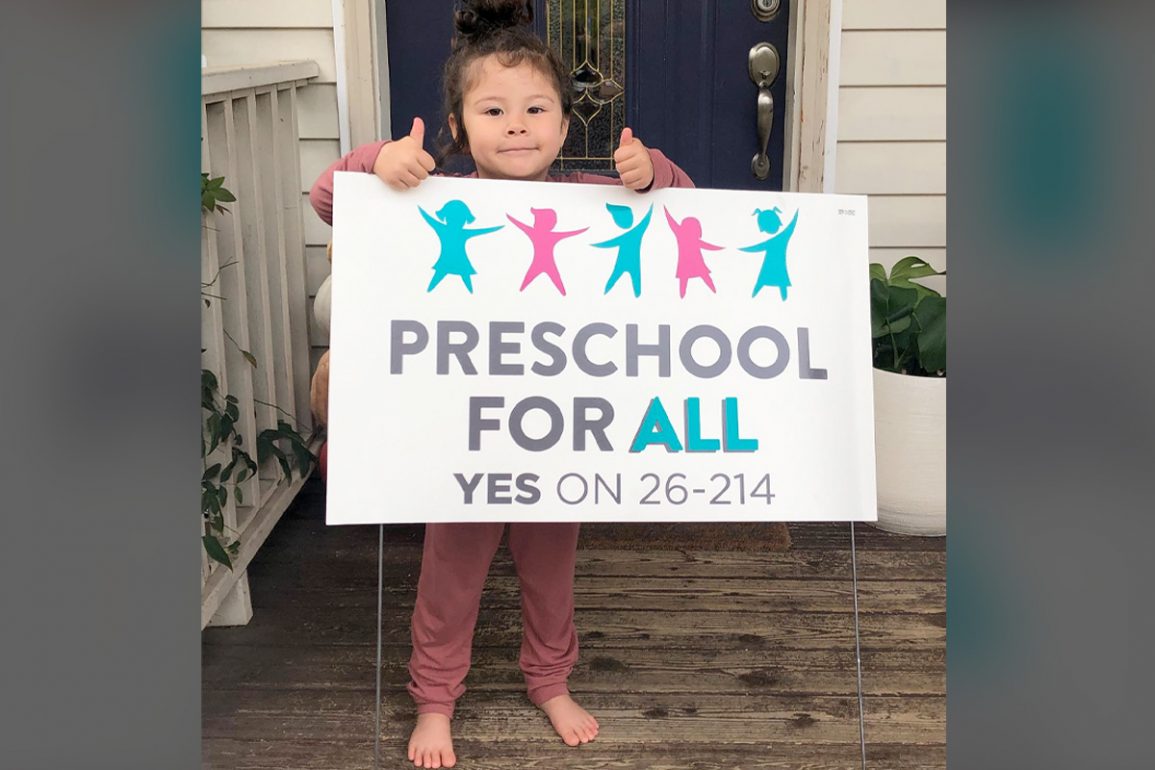 In this two-part series, Elliot Haspel explores how one Oregon region mobilized to generate an innovative, next-generation plan for universal pre-K (Part I); and delves into the parent-driven origins of the Preschool For All taskforce, along with a deeper policy dive (Part II, below).

On Election Day, Multnomah County (Portland, OR) voters overwhelmingly passed what is surely the largest local early care and education measure in U.S. history. By 2026, $200 million annually will be flowing to ensure that all county 3- and 4-year-olds have access to a quality preschool experience with decently-compensated educators.

There are many aspects that set the Preschool For All campaign apart, but its success can’t be understood without grasping the role of parents, and particularly parents from historically disenfranchised communities. In this second and final part of the series, I’ll look at how parent voice was not simply incorporated, but centered, and how that led to a comprehensive policy that avoids many of the pitfalls of its universal pre-K predecessors from around the country.

The seeds for the Preschool For All campaign did not start with the Preschool For All Taskforce convened in 2018, but with discussions at the beginning of the 2010s. Lydia Gray-Holifield, a Parent Accountability Council (PAC) parent heavily involved throughout the decade, said in an interview that her child, nearly at her 12th birthday, was 18 months old when Lydia began her involvement.

“If other communities create a forum where parents’ voices matter, or a safe space where parents can feel like ‘I can have this input, I’m ready to make this change,’ “I think it could take over the entire nation. Preschool should be free.” — Lydia Gray-Holifield, Parent Accountability Council (PAC)
The PAC’s role only intensified as the ballot measure campaign approached. The 2019 Preschool For All Taskforce report states that the PAC, “was initially created to guide the work of Early Learning Multnomah (one of Oregon’s 16 regional early learning hubs) and ensure that the voices of families of color were at the center of decision-making for the hub. Parents from African American, African immigrant, Asian, Latino, Native American and Slavic communities form the Council. In addition to the monthly PAC meetings, partner organizations convened quarterly culturally-specific Parent Leadership Team meetings for broader parent input.”

This was no mere tokenism. The PAC had meaningful, substantive input. One PAC member is quoted in the report as stating: “We are an all-star team of parents that are all pushing against a system that historically hasn’t served our children the way it could…in my time with PAC, not only have I seen parent leaders come together pushing for a common cause, I have seen marginalized communities come together, empowering one another, breaking down walls with commonalities and working together towards the better future we all want for our children.”

Gray-Holifield explained that the PAC was guided by an ethos of “nothing for us, without us.” During the visioning process, parents asked the question ‘if we could create the perfect preschool room,’ what would it look like? As I’ll detail below, this question — posed to the end-users most impacted by the policy — drove a number of critical design elements.

Universal preschool programs can have unintended consequences. The two biggest problem areas we’ve seen from the ‘first-generation’ policies like those in Washington, D.C. (which have much to commend them; they were trailblazers!) are around meeting parent needs and creating downward pressure on providers of infant and toddler care.

By asking parents the question about the preschool experience they would ideally envision, the PAC was able to ensure that Multnomah will be offering enough hours of care to meet diverse family needs. Instead of a half-day program or a program with strict drop-off and pick-up times, Preschool For All providers will offer 6 hours of care with up to 4 hours of before- and after-care. Moreover, Gray-Holifield said a consistent theme in PAC conversations was wanting more preschool educators who shared characteristics with the students, such as race and languages spoken (there’s a robust body of research that children benefit from having educators that share identity traits). Additionally, it was parent input that pushed the policy to ban the suspension and expulsion of these young children.

When it comes to infant and toddler providers, the challenge is that pulling out 3- and 4-year-olds can have major negative impacts; most providers balance their budgets on the higher adult-to-child ratios for those ages. As Pritzker Children’s Initiative director Gerry Cobb wrote last year, “Policymakers may not be aware of the symbiotic relationship between child care and pre-K, and how changing one program impacts the other. An effective support system for families with young children creates a continuum of learning that reflects everything we know about the science of human development. When public investments are siloed to a specific age group, there can be unintended consequences, which ultimately have the greatest impact on parents who are already stressed in the earliest months and years of caring for a child.” This has played out in practice in D.C., which is now trying to bolster public funding for the younger ages.

I strongly agree with Cobb that ideally, early care and education campaigns should comprehensively cover birth through five, but Multnomah’s plan is next-best. Recognizing the inherent dangers, the plan builds in an infant and toddler ‘slot protection program’ which will eventually set aside $25 million, or over 10 percent, of the measure’s annual revenue. This money is especially important for staff retention, as the plan’s wage enhancements — lead teachers will have pay parity with area Kindergarten teachers, and non-lead staff will make at least $18 an hour — could otherwise create a terrible divide between infant/toddler educators and preschool educators. Other incentives and backstops exist to ensure that programs don’t simply ditch their infant and toddler provision in favor of going entirely pre-K.

Finally, there are a few more wonky design elements that should hearten child care policy watchers. To avoid preferencing only established programs or running into supply shortages, there will be two ever-evolving cohorts of Preschool For All participants; those programs who already have the quality conditions in place to implement PFA, and those who need technical assistance and support to get ready. Funds exist for infrastructure improvement and to ensure effective geographic disbursement of programs. The initiative is also ‘mixed-delivery,’ meaning that private providers, such as a family child care, are equally as able to participate as a preschool program attached to a public school. Even federally-funded programs like Head Start can join.

Undoubtedly there will be challenges that emerge as Preschool For All begins its implementation; the second generation is rarely the final iteration of a product. But this is a plan that has learned from its parent leaders and from its predecessors.

Happily, Multnomah’s hard-earned victory is getting well-deserved national attention. As Gray-Holyfield put it, “it’s like a dream has become reality, over time.” She also thinks – and I concur – that communities around the nation can learn from what happened there. “If other communities create a forum where parents’ voices matter, or a safe space where parents can feel like ‘I can have this input, I’m ready to make this change,’” Gray-Holyfield mused, “I think it could take over the entire nation. Preschool should be free.”

As it looks almost certain the federal government will either have split control or the narrowest of trifectas (depending on the outcomes of the Georgia Senate special elections), states and localities will have a crucial role to play in generating child care change over the next four years. Multnomah County has just shown the nation how powerful that role can be, especially when the most impacted parents are put front and center.