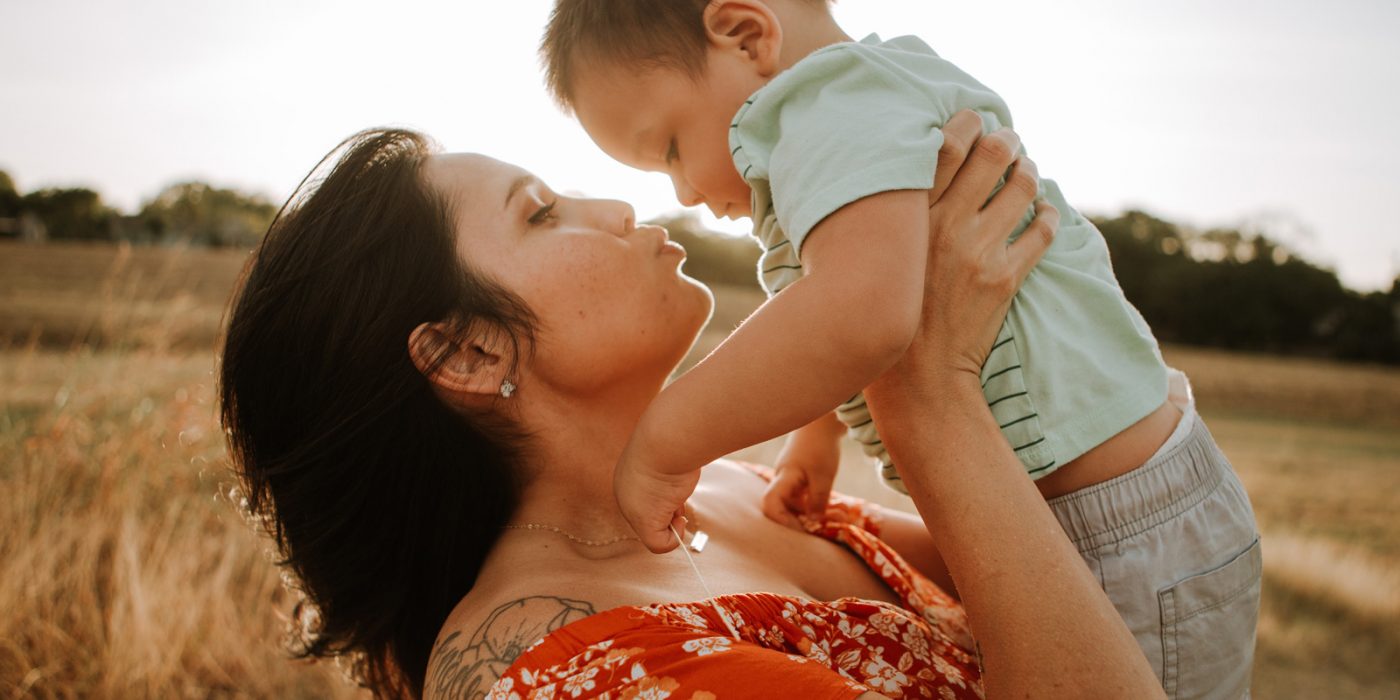 Photo by Omar Lopez on Unsplash

CORRECTION: This piece originally asserted that the Child Care For Working Families Act capped its appropriation at $40 billion. In fact, the bill contains the language that appropriates “such sums as may be necessary for fiscal year 2025 and each subsequent fiscal year,” creating an uncapped funding source that allows states to meet their obligations of providing assistance to all eligible families. In the author’s opinion, this significantly strengthens the bill.

When I declared on this site a few months back that “The Era of Child Care Incrementalism Is Over,” I had no idea how much April would prove the point. Not only is the White House gearing up to release the American Families Plan — which will include, per the Washington Post, over $400 billion in early care & education funding — but on Thursday, Sen. Patty Murray and Rep. Bobby Scott reintroduced a new iteration of the Child Care For Working Families Act (CCWFA). On balance, the CCWFA is strong legislation: it offers real, actionable solutions to many of the problems that plague America’s child care (non-)system. The legislation does not, however, create true universal child care and only provides partial funding for its stated goals. It is perhaps best thought of as the ‘transition fuel’ for a system headed, at long last, in the right direction.

The biggest conceptual shift underlying the CCWFA is how it vastly expands eligibility for child care assistance and then guarantees that assistance. The language includes the all-important phrase ‘shall be offered’: “Beginning on October 1, 2024, every [eligible] family who applies for assistance … shall be offered assistance…” While not rising to the level of a right to access affordable child care, this guarantee is a meaningful step away from the antiquated view of child care as welfare. It is also a notable evolution from the 2019 version of the bill, which had the more milquetoast aspiration that families “shall be provided an opportunity to obtain child care for eligible children.” This tightening of key language demonstrates how far child care policy has come in just a few years.

The financial assistance on offer is significant. States would be required to establish sliding payment scales such that:

Given that many families shell out $10,000 or more per child every year — or simply don’t access formal care at all despite wanting to, because they can’t afford it — these cost reductions would be life-altering for many families.

What’s needed next is an operational vision for what we transition to: a true, affirmative universal child care system, a pluralistic system with local infrastructure parents can easily interface with, a system that honors parent choice (including that of stay-at-home parents) and honors the skill and work of educators via family-sustaining salaries and benefits.

Along with the assistance, practitioner compensation shows up prominently. Participating programs would have to pay all staff members at least a “living” wage, while ensuring pay parity among educators with similar experience and credentials as their elementary school counterparts. Those standards could be game-changing in a sector facing massive staffing shortages and turnover: as an example of what could happen, the wage increases and pay parity built into Multnomah County (OR)’s well-funded universal preschool measure stands to raise lead teacher salaries from $31,000 to $72,000 a year while assistant teacher wages will rise to $20 an hour.

Beyond these tentpoles, there are a host of smaller but crucially important system improvements in the bill. For instance, the legislation bans participating programs from suspending or expelling children, important given the huge racial disparities in use of those sanctions.

It also requires states to use new “cost estimation” models when setting their subsidy rates instead of the old “market rate surveys.” This is one of those technical shifts with huge implications: the “market rate” for child care is artificially depressed because parents can’t afford to pay what it would truly cost to run a program with well-compensated educators. New cost models that illustrate the actual cost of quality care will force states to significantly raise their reimbursement tables.

Additionally, the legislation moves away from reimbursing providers based on attendance to reimbursing them based on enrollment. This has always been a strange part of the system — a child getting strep throat means her program suffers financially? — and the bill finally ditches it.

A last note on the ‘good’: the CCFWA retains the pluralism and choice that parents need and want, for example explicitly supporting use of family child care. Just one of many, many things the legislation gets right.

The biggest flaw in the Child Care For Working Families Act is that it’s not actually a universal child care bill and it doesn’t fully attack the current system’s flawed foundations. First and foremost, while the assistance guarantee is a step forward, it maintains a foot squarely in the work-based welfare world. To be eligible for assistance, one must not only meet the income means-test but be part of a category including employment; job search; job training; secondary or higher education; and a few smaller ones like undergoing health treatment. Any time gates like this are set up—prove your worthiness for a benefit—people, usually those from historically disenfranchised populations, get shut out. The current bureaucratic maze of qualifying for child care assistance is already an M.C. Escher-like headache: this bill does little to smooth the path.

Alongside the eligibility hoops, the legislation simply doesn’t provide enough money to do what it purports to do. The bill calls for a gradual rise to $40 billion a year in appropriations by 2024. $40 billion is a lot of money—current combined federal spending on early care & education is around $22 billion—and also falls far short of what is needed. There are 24 million children under the age of five in the U.S., and more than two million early care & education practitioners. While not all kids need or would be eligible for assistance under the plan, you can see that the multipliers are very large. The National Academy of Sciences suggests it will take at least $140 billion a year for an effective, sustainable system, and this may be the low-end estimate — other experts have calculated the cost at $337 to $495 billion a year (all of which is honestly a steal when you consider the enormous short- and long-term returns on investment).

Criticizing a bill that would take a substantial step forward may seem gadflyish, but this is one of those times when throwing the rope bridge partway across the chasm has consequences. Without enough money flowing, states will not be able to meet their obligations and will instead be forced to resort to waitlists and similar measures.

There’s also a real question of how child care programs will react to merely surging money though the existing subsidy system. Not all programs choose to participate in the subsidy program, and the vast majority that do accept subsidy serve a mixture of children using subsidy vouchers and children whose parents are paying full price out-of-pocket. If programs are trying to raise salaries on the back of higher reimbursement rates, but only half of the children are eligible for and able to actually get the new subsidies, a budgetary problem remains. These types of structural challenges will remain until we fully transition to a fully-funded, rights-based system.

Many questions remain, perhaps none so pressing as: What happens now? It remains to be seen the extent to which Biden’s American Families Plan incorporates elements of the Child Care For Working Families Act.

Meanwhile, a separate group of Congresspeople led by Senator Elizabeth Warren released a letter calling for $700 billion in child care investments over ten years, and plan to introduce their own bill based off the plan Senator Warren offered during the primary campaign. The Warren plan overlaps certain CCFWA features — the sliding scale of payments, the raising of educator wages — but there are important variances. As The 19th reported:

“The key differences are that Murray’s bill [the Child Care For Working Families Act] would build upon the government’s existing child care funding streams and would target working families specifically. It would cost slightly less: $600 billion over 10 years, rather than $700 billion. Warren’s would hire more providers to build out a new, larger child care network with the aim to cover all the nation’s children.”

The other significant question mark is around quality measures. There is no question that children require high-quality child care, and CCFWA requires significant outlays in quality measures. The challenge is that we still aren’t very good at evaluating quality in early care and education, just as we still struggle to effectively evaluate quality in K-12 and higher education. The prevailing evaluation measures, known as Quality Rating and Improvement Systems or QRIS, have come under fire in recent years for reinforcing racism by privileging a narrow definition of quality, and studies have found some of the most popular assessment tools have little to no correlation with child outcomes. What we do know is a prerequisite for quality involves stable—and therefore well-compensated—caregivers. As the CCFWA works its way through Congress and into possible implementation, a nuanced understanding of quality will be key to ensuring both effective and equitable results.

It’s beyond heartening that the intra-Democratic policy debate is now one of how many hundreds of billions of dollars to invest in child care. Any of these proposals would offer vast opportunities and would change the trajectories for a multitude of providers, parents, and children. The Child Care For Working Families Act is a blueprint for starting to unwind our unworkable, welfare-focused child care system. What’s needed next is an operational vision for what we transition to: a true, affirmative universal child care system, a pluralistic system with local infrastructure parents can easily interface with, a system that honors parent choice (including that of stay-at-home parents) and honors the skill and work of educators via family-sustaining salaries and benefits. In the context of that vision, the Child Care For Working Families Act is an important step — but it must be understood as a means to the new end, not the end itself