PBS’ “Molly of Denali” a Hit with Kids and Parents 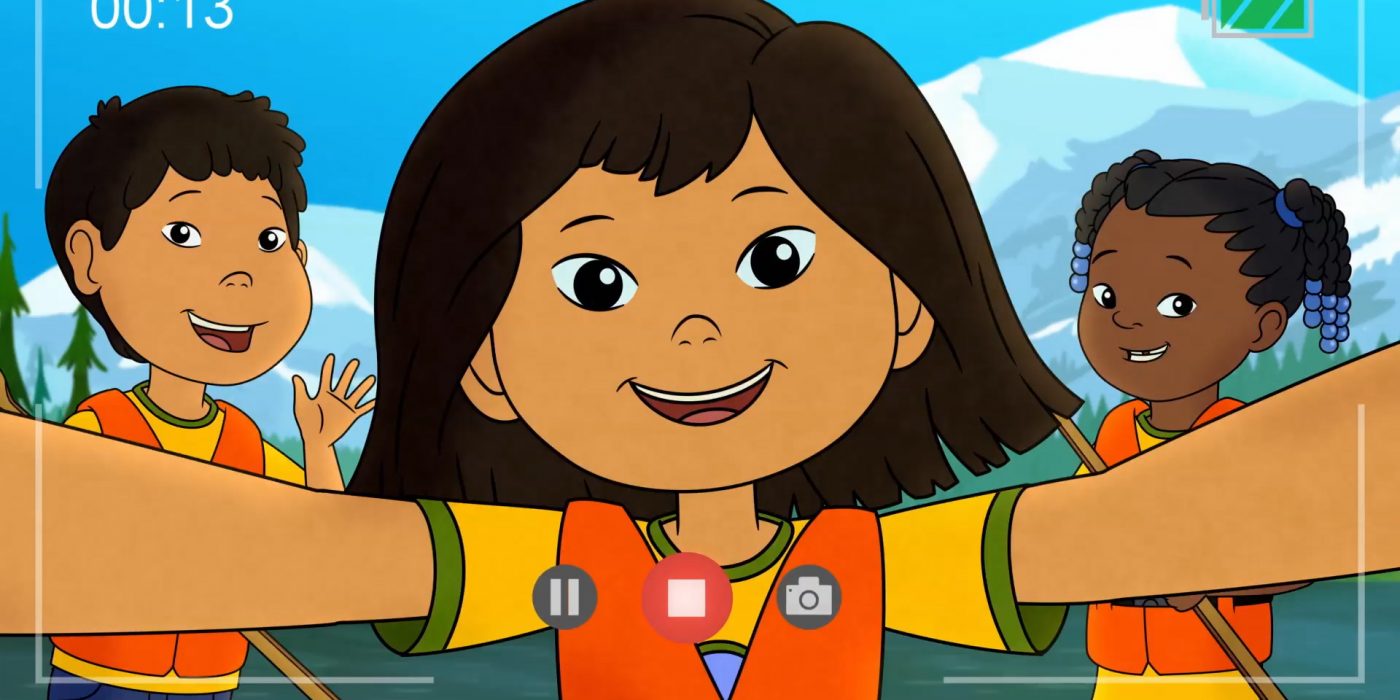 She’s a problem solver, explorer and all-American girl who enters canoeing competitions, fishes for subsistence, and learns about her ancestors as she welcomes her new neighbors from the lower 48 states. She also speaks her traditional language and Googles when she needs more information.

Molly Mabray is a 10-year-old of three Athabascan tribes, Gwich’in, Koyukon, Dena’ina, who lives in a small Indigneous village in rural Alaska. She’s also PBS’ newest character in the slate of children’s animated shows and the first Native American lead in history. So far “Molly of Denali” has been a hit not only among its target audience of ages 4 to 8 but with their parents and those who have grown enamored with Molly.

“Not only are we educating the world about Alaska Native people, we are educating our own people and we’re finally seeing ourselves reflected in the big screen the way that we actually live,” says “Molly” Cultural Advisor Rochelle Adams, a Gwich’in linguist and educator.
“I LOVE THIS PROGRAM AND HER NATIVE CUSTOMS AND LANGUAGE,” wrote Avon Leonard on the “Molly” Facebook page. “Yes, I was shouting. I have no children and I’m 71.”

PBS has grown to love her, too, as early viewership numbers indicate the rest of America agrees with Leonard since Molly’s debut on July 15.

“We always say every American kid should see themselves on PBS and we are all about diversity. You can say that a lot but you have to make sure you’re doing that,” says Linda Simensky, PBS’ vice president of Children’s Programming. “For us, a show like this does underscore what we are trying to relay – – that we’re trying to present an experience that is uniquely American and trying to represent characters that are uniquely American.”

This kind of programming is important for young learners. In a study published by researchers at the University of Nebraska, children as young as 2-1/2 become aware of and begin to take in socially prevailing ideas, feelings and stereotypes about people and about themselves. A child’s interactions with parents, other children, community, the media and caregivers can inevitably shape their perception and judgment of others, according to the study.

“Everyone can do this. They do not have to have a degree in bilingualism or a background in multicultural education,” says Linda M. Espinosa, author of “Getting it RIGHT For Young Children From Diverse Backgrounds,” adding that research has also shown that children exposed to diverse backgrounds have long term success in school, both in social settings and academically. ”You have to be open to explore this within your families and look at your own beliefs and bias.”

Molly was born out of an idea when the 49th state was in the spotlight at the time President Obama visited Mount McKinley when the highest peak in North America was being reestablished to Denali, its Alaska Native name.

Molly creator Dorothea Gillim, who was executive producer of the “Curious George” series also on PBS, said she wanted to have a store as part of the setting for a new show. The title of Molly of Denali came to her after watching news coverage of historic event. She and her co-creator, Kathy Waugh, who was a writer on “Arthur,” quickly knew that they had to gather a group of advisors of Alaska Native heritage to accurately reflect the character of the state made up of 227 federally recognized tribes. There are 11 different dialects of the Athabascan language alone.

With the advisors’ help, they created a character who lives in the fictional town of Qyah with her father, who runs the local Denali Trading Post, and her mother, who is a bush pilot. Molly has a vlog and goes to her community when she needs help solving a problem, modeling Alaska Native values, such as communal sharing, and respect for elders, animals and the land.

“She is so inquisitive and she is such a great problem-solver. She doesn’t always get it right but when she doesn’t, she goes and asks for help from her community,” Gillim says. “She appreciates a lot of adults in it, which is something you don’t typically see in a kid’s show. Adults play an important part of Molly’s life, which is part of the culture.”

To meet the criteria of one of the show’s funders, the U.S. Department of Education’s Ready to Learn program, Molly also uses deductive reasoning, in addition to maps, tables, photos, books and field guides to explore her rural world in a diverse state that many may not be familiar with, which is also resonating with audiences. One out of three children in the U.S. live in rural America.

“Research has also shown that children exposed to diverse backgrounds have long term success in school, both in social settings and academically. You have to be open to explore this within your families and look at your own beliefs and bias.” – Linda M. Espinosa, author, “Getting it RIGHT For Young Children From Diverse Backgrounds”
For others, including Indigenous audiences, who are among the most underrepresented group in the media, the show is much more.

“Not only are we educating the world about Alaska Native people, we are educating our own people and we’re finally seeing ourselves reflected in the big screen the way that we actually live,” says “Molly” Cultural Advisor Rochelle Adams, a Gwich’in linguist and educator. “Even still today when I’m traveling and I say from I’m from Alaska people ask, ‘Oh, you’re from Alaska? You must be Eskimo and you live in an Igloo’ … This has changed not only the industry in how the show has been created but there is a huge education component where people are starting to learn not only about Alaska but using it as a platform to learn about Indigenous people not only around the United States but around the world.”

The show also explores the history of Indigenous people in the U.S., including the era where hundreds of Indigenous children across America were rounded up and forced to go boarding schools often miles away from their communities to assimilate in modern society. Many were beaten for speaking their languages and practicing their culture. An episode of “Molly,” “Grandpa’s Drum,” briefly describes that period in the U.S. History in a way that doesn’t scare children but offers a brief explanation through the lens of Molly’s family and highlights the positive — Indigenous families today celebrate and embrace their culture. The story is based on an actual event from one of the elder advisors who had his traditional fur clothing burned by the school matrons.

“People from across the nation, Native and non-Native, are saying, ‘Wow. I can’t believe our true history is being represented to us in this way,’ or saying, ‘This is such a wholesome show,’” said Princess Daazhraii Johnson, a “Molly” creative producer, who is Gwich’in Athabascan from the Arctic Circle and has a background in film and television. “When we tell our truth and we understand that true history, then we get to heal and we get to create that new and ‘Molly’ is about creating the new.” 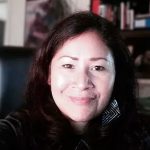 Kim Baca (Navajo/Santa Clara Pueblo) is owner of KBConsulting, an Albuquerque-based company specializing in public relations, communications and content marketing in mainstream markets and Indian Country. Kim provides services based on nearly 10 years of media experience that includes The Associated Press, The Santa Fe New Mexican and El Paso Times. Kim has also been a marketing and communications director in the higher education and nonprofit sectors, and served as interim executive director of the Native American Journalists Association before the organization moved to Oklahoma.