Counting Out Loud: Why the Census Is an Early Childhood Issue 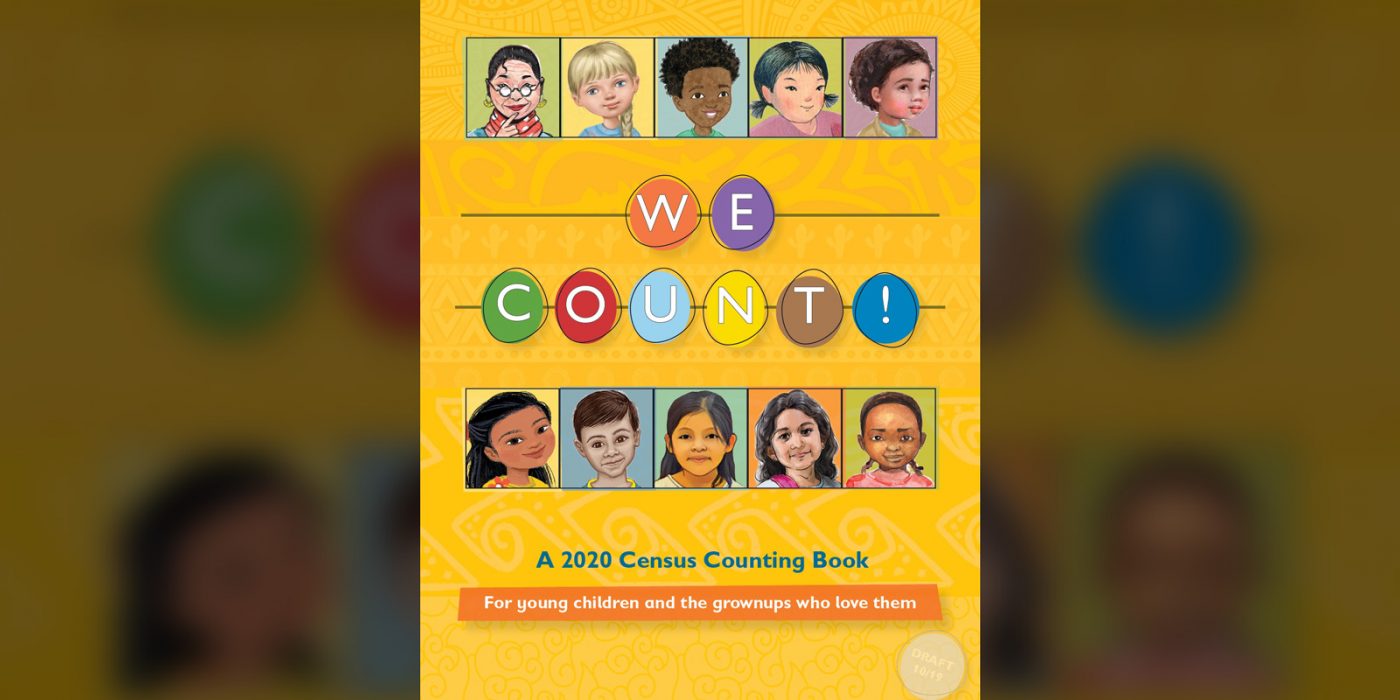 Everyone counts—homeless or hedge fund manager, black or white, undocumented or Mayflower stock. This is America, right? So what’s up with undercounting children? The U.S. Census Bureau itself admits that it undercounted 2.2 million young children last time, with minorities missing most of all.

The census, which takes place every ten years, is gearing up for April 2020. How can we make sure they get it right this time? I ask Lisa Bernstein, co-creator of a delightful, joyous new book for the under-five set. “It’s up to us,” she answers. “Early childhood educators, caregivers and providers all need to reach out to our families and reassure them that it is in all of our interest to count everyone.”

We Count! A 2020 Census Counting Book, which features engaging stories about and illustrations of families living in the United States, is meant to be read aloud to young children so they can learn to count. At the same time, its simple yet clear instructions help grown-ups to correctly tally the members of their households and understand the importance of being counted. Available in seven languages (and counting), it presents a vivid, inclusive American tapestry.

The census determines how funding ($1.5 trillion, according to Indivar Dutta-Gupta, co-executive director of the Center on Poverty and Inequality at Georgetown Law) is allocated and how citizens are represented in Congress and the Electoral College. Getting it wrong will hurt families, communities and early childhood professionals for the next ten years. “This is the bottom line for the programs and paychecks of the professionals that love, care for and educate young children,” says Bernstein.

The team behind We Count! which goes by the name Simply Put, comprises Bernstein (executive director and publisher), Faith Lamb Parker (director of research, culture, and equity), and Susan Panetta (creative director). Combined, they have many decades of experience in early childhood education, family support programming and publishing. The illustrators all come from the populations they depict. As a young child, Chase Walker taught himself to draw using sticks in the mud in a Ghanaian Refugee Camp. Julia Shahin Collard had just had a baby when she was asked to contribute. She was so excited she told Bernstein she would breastfeed with one arm and draw with the other.

In 2020, for the first time, the census can be taken online. In theory, this new development should make it easier to respond, but many advocates are concerned that it will increase confusion, especially in light of the controversy over adding a citizenship question, which was blocked by the Supreme Court this past June.

There are many reasons why some families are harder to count than others, but Bernstein points to complex families, with nonrelatives or relatives beyond the nuclear family all living under one roof. She adds that privacy is the number 1 reason people don’t want to take the census. Reassuring undocumented families that Immigration and Customs Enforcement (ICE) cannot access census data, despite claims to the contrary from certain political leaders in the run-up to an election, is a primary motive behind the project.

California, which experienced the largest undercount of 0-5 children in 2010, has mobilized public and philanthropic resources to ensure a better outcome in 2020. First 5 California will be distributing over 100,000 copies to families via community-based organizations this spring. “We Count! is a perfect vehicle for helping families understand why the census matters and how to complete the census form,” says First 5 California’s Moira Kenney. “More importantly, the book empowers families to see themselves as part of a broader community, one in which their voice, their family, and their experience matter.” The Carnegie Corporation is underwriting efforts to make We Count! affordable and available across the country.

The book is only one component of the project. It comes with a suite of learning tools designed to encourage a robust census response and to simultaneously teach counting. Deep, experiential training and structured discussions also further the effort to alleviate the nervousness and skepticism felt by teachers and professional caregivers. An event kit with counting activities is in the works. “Hearing from someone you trust matters,” says Parker. “So does being heard.”

We Count! could have arisen anywhere, but New Jersey, the fourth most diverse state according to World Population Review, has particular motivation to get the census right, having lost a congressional seat after the 2010 census. (Texas gained four.) Melissa Litwin, program director for early childhood for the Henry and Marilyn Taub Foundation, the founding funder of We Count! says, “This is a way to energize families to stand up and be counted. There is power in census participation. Childhood is brief, and Census 2020 is our chance.”

Indeed, a more complete response to the census is just the start. Simply Put hopes these tools and programming will give the early learning community the confidence and inspiration to actively engage disenfranchised and marginalized families in authentic conversations about democracy, representation and why every voice counts.

“Educators and parents have incredible strengths,” says Parker. “We think we can leverage those strengths, for the good of families and the good of the country.”