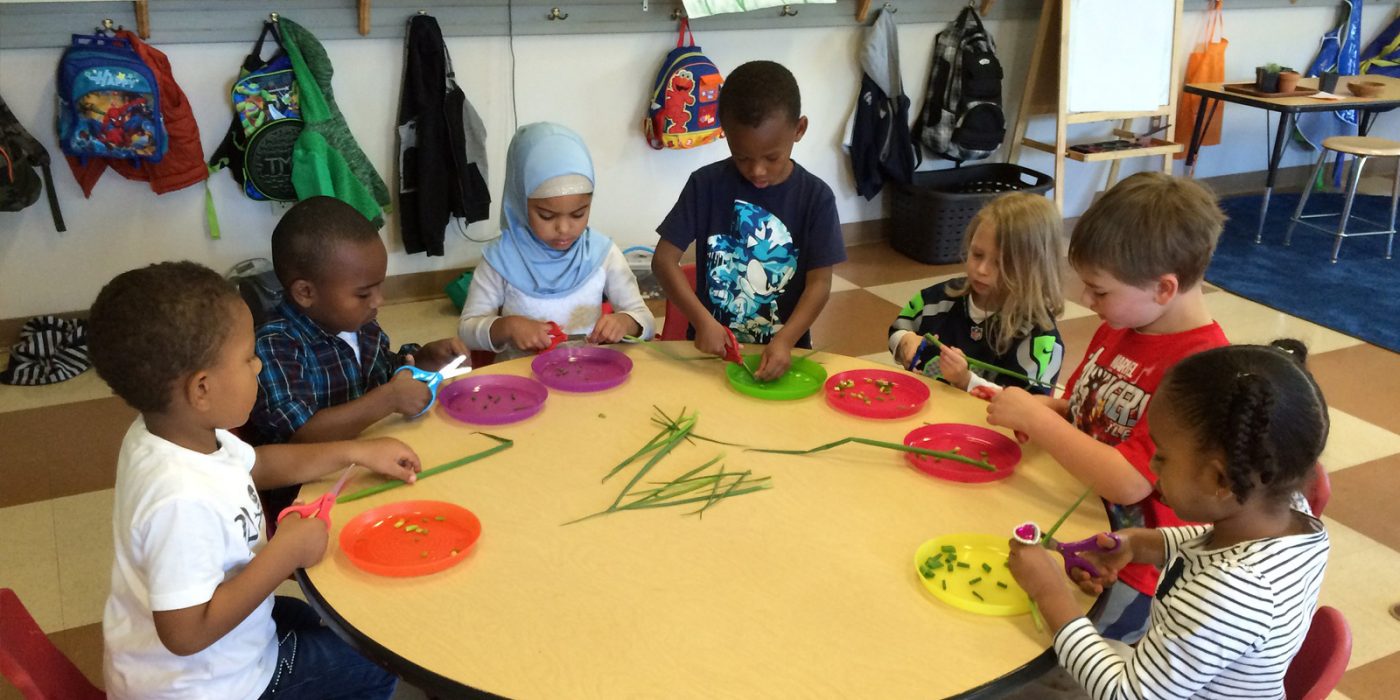 Author’s Note: This moment, when the world has stopped spinning on its axis, presents an important opportunity to re-examine our society’s early childhood axioms. In this essay series, I’ll examine four key early learning topics and the extent to which our current policies do or do not line up with the research base.

Before COVID-19 shut down the country, the hottest topic in early learning was ‘universal’ services. Going off research about how important early learning is for later school success, universal pre-K was a plank on every major Democratic presidential candidates’ platform. Several candidates offered universal child care plans as well.

The push has been bipartisan: over the past several years, big pre-K efforts have been underway in states both red and blue. Overall, the percentage of children in public pre-K has doubled since 2005, now serving one-third of 4-year-olds.

First, that pesky word ‘universal’. Despite the seemingly clear meaning of the term, it’s used in several different ways when it comes to early learning. Often, it has been used to mean universal access — the idea that every family should be able to acquire a slot for their child if so desired. Access is inextricably tied to two other elements of early learning: availability and affordability. Put simply, there must be enough programs operating for parents to get a slot, and parents must be able to reasonably afford that slot.

Access alone, however, can quickly lead down a path to means-testing, the policy mechanism of phasing benefits in or out depending on household income. Head Start is an example of a means-tested early learning program. After all, the theory goes, if affluent families can already afford a slot, then they don’t need public support, so public dollars should be targeted to lower-income families. In some states like New Jersey, this means-testing occurs not at the family level but at the school district level, with poorer districts having free pre-K for all children, while less poor districts do not. Universal access is therefore many times a confusing cypher for targeted intervention.

The alternative to universal access is what might be termed universal coverage, the idea that every family must have a free, publicly-funded slot available, no questions asked. American public education is an example of a universal-coverage system: Bill Gates is equally as able to send his children to public school for free as I am (K-12 funding does have equity components, of course; although free for everyone, in nearly all states students with higher needs receive higher expenditures). Many of our international peers have a similarly classical interpretation of universal early learning. As the American Institutes of Research noted after studying 17 other developed nations:

“Possibly the most striking and consistent similarity across countries with high rates of preschool participation is that all children in those countries are legally entitled to it. Such an entitlement protects preschool programs from being affected by economic downturns and political shifts. Entitlements also make sending one’s child to an ‘official’ preschool program the default child care option for working parents. Even if it is not mandatory to send 4- and 5-year olds to school, a legal entitlement creates an implicit expectation that children enroll.”

This finding is crucial. Universal systems, even when they strive for coverage over mere access, suffer when they are not framed in terms of being a right. For instance, Georgia is generally credited with starting the first universal pre-K system in the U.S. back in 1995, and they have no means test. Yet even a quarter-century later, Georgia programs still sport long waiting lists, and only 60 percent of the state’s four-year-olds are enrolled. Contrast this again with the K-12 education system, and the constitutional right to primary and secondary education that exists in every state constitution. No family in Georgia or any other state has to face a waiting list, nor pay a dollar, to enroll their child in middle school.

The debate over universal versus targeted early learning has been fought for a long time. Back in 2004, the National Institute for Early Education Research (NIEER) and senior researcher W. Steven Barnett published a brief called “The Universal vs. Targeted Debate: Should the United States Have Preschool for All?” Even then, Barnett and his colleagues noted that there were four possible interpretations of the term ‘universal’ (see below), two of which — free to all and affordable to all – are still in the zeitgeist today.

The NIEER research also concluded that the more truly universal and inclusive an early learning system can be, the more effective it will be at helping children thrive. This is because while targeted programs cost less money to operate—the main reason policymakers may prefer them—there’s a significant opportunity cost.

Ultimately, our indecision about what we mean by universal early learning is, ironically, hampering our ability to advocate for universal early learning.
Targeted programs, in practice, have been found to reach fewer children (including those in the target populations), gain less public support and funding, and as a result have lower-quality offerings than universal programs. Universal programs also have much larger average impacts on children’s school readiness. This finding was recently replicated in a study by Dartmouth economist Elizabeth Cascio, who told The New York Times, “This leaves open the possibility that the universal nature of the program gets families invested, and holds the programs to a higher degree of accountability.”

The research base, then, suggests that the U.S. early learning sector would be best served by rallying around a goal that is straightforward, rights-based and offers as close to universal coverage as possible. This does not necessarily have to mean pursuing universally free early learning, although that is my personal preference.

Advocates in British Columbia have found great success in their “$10 a Day” child care campaign, which creates a universal cap on parental expenses. Although technically means-tested (families making under $45,000 a year would pay nothing) the framing of the plan is all-encompassing and feels like a new entitlement. Whatever the specifics of the goal, until the field gets crystal clear on where we want to go and why, universal quality early learning will remain universally elusive.

Four Interpretations of “Universal” from NIEER
Know someone else who should read this?