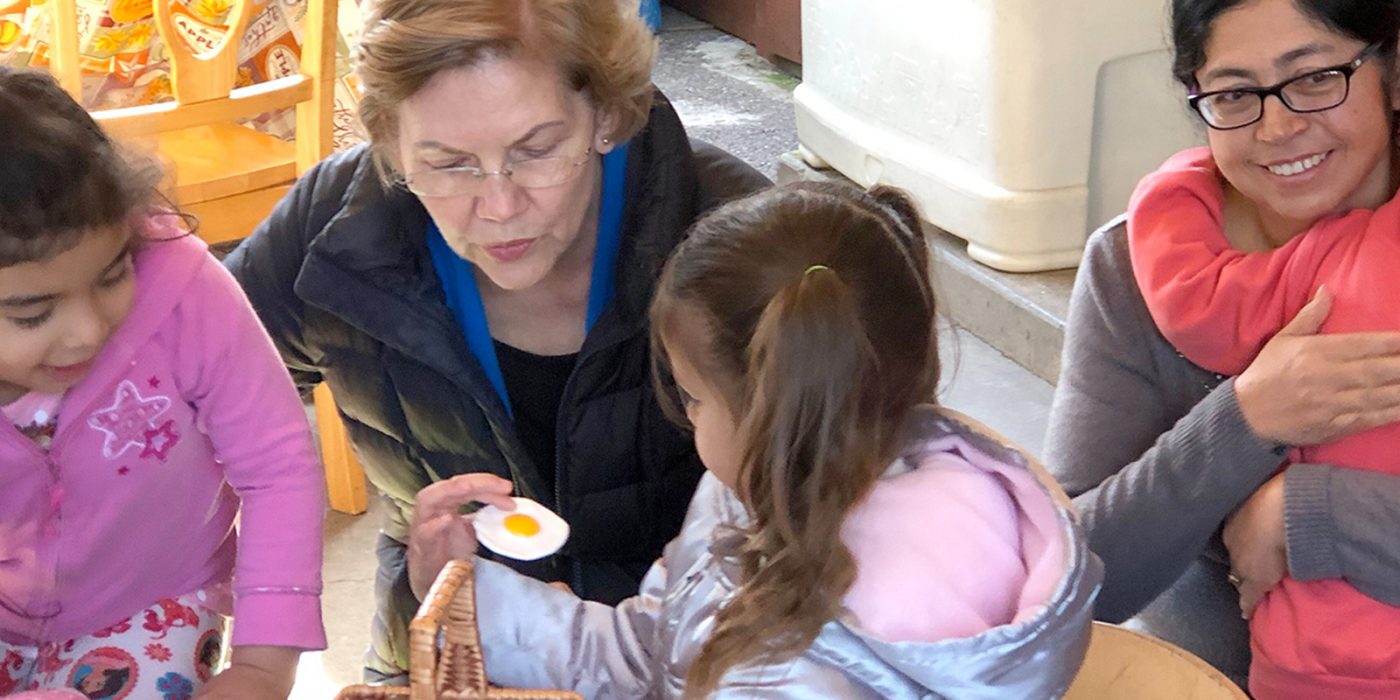 Sen. Elizabeth Warren was in many ways the match that lit the current child care moment. Before the world had ever heard of coronavirus, Warren was making child care a centerpiece of her presidential primary campaign, pushing the issue to the fore. Now, Warren has advanced the child care conversation further by reintroducing the Universal Child Care and Early Learning Act (UCCEL). The UCCEL essentially provides a right to child care for all Americans, and does so by using local governmental entities as a base upon which to build a new system, but despite being the boldest plan out there, it has garnered little attention among either policymakers or the field itself.

The UCCEL language is quite clear from the start: “Each covered child shall be entitled to participate in a child care and early learning program that meets the requirements” of the bill. Both the entitlement and appropriations are uncapped. What’s a ‘covered child’? Anyone between the ages of six weeks and the compulsory school age in their state (usually six), “regardless of family income, disability status, citizenship status, employment of a family member, or circumstance.”

This is the legislative equivalent of stating that child care is a public good — outside of a constitutional amendment, it’s as close as you get to establishing a new universal right. You can see the similarities between this new entitlement to early care and education, and the existing entitlement to K-12 schooling. While the UCCEL has means-testing around cost, no means-testing exists around access; that is a major and meaningful shift from the current system, and one way in which the UCCEL goes a full step farther than the Child Care for Working Families Act (CCFWA) or the American Families Plan.

This is the legislative equivalent of stating that child care is a public good — outside of a constitutional amendment, it’s as close as you get to establishing a new universal right.

The UCCEL approach has pros and cons. On the plus side, it provides a benefit to everyone, which often smooths the political path, and it is much simpler to calculate the percentage of the poverty level using a federal tax return. As Bryce Covert put it in a recent New Republic piece, “there is one question to answer: Are you living in or near poverty or not? No matter the answer, you are owed help from the government.” The main con is that percentage of poverty is a crude measure; New York and Nebraska have very different costs of living, and applying the federal standard nationwide doesn’t account for those distinctions.

For a detailed side-by-side comparison of the proposals, the advocacy group First Five Years Fund has developed an excellent guide.

The other key element of the UCCEL approach is its use of “prime sponsors” as the main delivery mechanism for this upgraded child care system, largely (though not entirely) transitioning away from the Child Care Development Block Grant*. A prime sponsor is a state, locality (city/county) or public or private nonprofit organization that is designated to essentially be the backbone for child care in that jurisdiction. Prime sponsors can use federal funds to actively build and sustain a system, which turns the entitlement into a reality.

Per the First Five Years Fund summary, each prime sponsor must “submit an annual comprehensive child care and early learning plan that, among other requirements, assesses the needs and goals for the service area; describes plans to increase the supply, quality and affordability of care for families in communities of particular need; describes how the prime sponsor will provide comprehensive, full-year, full-working day, care that is responsive to children’s and families’ needs; includes career development plans for providers and staff, and compensation that meets requirements outlined in the bill; and ensures coordination with existing child care and early learning programs not funded by the bill, including programs funded by CCDBG, Head Start and IDEA.”

Flowing the money and system-building primarily through one of these entities has much to commend it. Child care is an odd sector in that it lacks any significant local infrastructure; one provider quipped to me that the org chart goes straight from her program to the state commissioner for early learning. While various hub organizations exist—child care resource & referral agencies, backbone groups like North Carolina’s Smart Start network—these have never had the full imprimatur of governance, nor the authority, obligation and resources to generate an effective local system with which parents can easily interface.

*Services funded by the Child Care Development Block Grant which fall outside the scope of the UCCEL—such as paying for overnight or weekend care—would still be maintained.

The largest concern with the UCCEL is ensuring the prime sponsorship model is compatible with key design principles like pluralism and choice. While the bill certainly seems aware of these elements (“care that is responsive to children’s and families’ needs”), the temptation to bureaucratize and standardize will not be insignificant.

There are in fact aspects of the legislation, which nod in this direction, requiring for instance issuance of federal quality standards, as well as regulations around workforce training and development. These are not necessarily problematic—most states already have standards for licensed programs, and certainly for publicly-run programs like state pre-K—but it does make it easier to over-academize the early years, a phenomenon already underway in the early elementary grades. It will be important, therefore, to ensure that if the bill moves forward it is implemented with a careful eye towards honoring multiple types of care provision and a holistic, inclusive definition of quality and qualifications.

While the UCCEL has means-testing around cost, no means-testing exists around access; that is a major and meaningful shift from the current system, and one way in which the UCCEL goes a full step farther than the Child Care for Working Families Act (CCFWA) or the American Families Plan.

On the other hand, as Covert notes, nothing in the UCCEL requires governments to apply for prime sponsorship. She writes that “…Warren’s plan could fall short of truly transforming the system if local governments don’t take up the federal government’s financial offer to create these new centers and the crises of supply and quality don’t budge.”

Other nits can be picked. The UCCEL is still not a fully universal and free program like public schools, or what Sen. Bernie Sanders suggested during the primaries. There is a means-test for cost, if a relatively simple one, and means-tests always create cracks through which some families will fall. Similarly, like all the federal plans currently out there, the UCCEL leaves out a home care allowance for stay-at-home parents.

Warren’s UCCEL plan has landed with remarkable quietude. There hasn’t been a raft of media coverage, supportive statements or even opposition — just not a lot of reception at all, almost a shrug. Even within the child care field, I have seen little dialogue about the approach and how it differs from the Child Care for Working Families Act. This is certainly reflective of the fact that President Biden’s American Families Plan largely mirrors the Child Care For Working Families Act; the CCFWA has the support of Democratic leadership and appears to have become, almost by default, the near-consensus approach.

The biggest question about the UCCEL, then, is whether advocates and Democratic policymakers are willing to have an honest conversation about the benefits and drawbacks of the bill, and about what if anything can be adapted into the administration’s proposal. Should there indeed be a universal entitlement to access child care, regardless of income or work status? Should the fee cap extend to all families, or completely phase out at some point? To what extent is the prime sponsorship model worth considering as an alternative to the block grant/subsidy approach? I would argue many aspects have serious merit; at the very least, these are vital questions that Warren and her cosponsors have put on the table. Now is the time to talk about them. 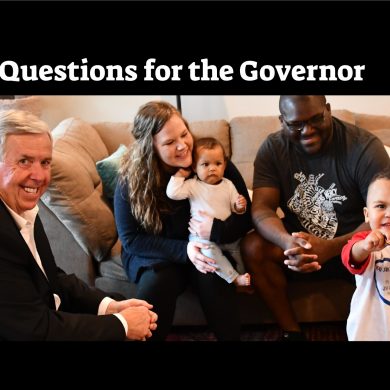