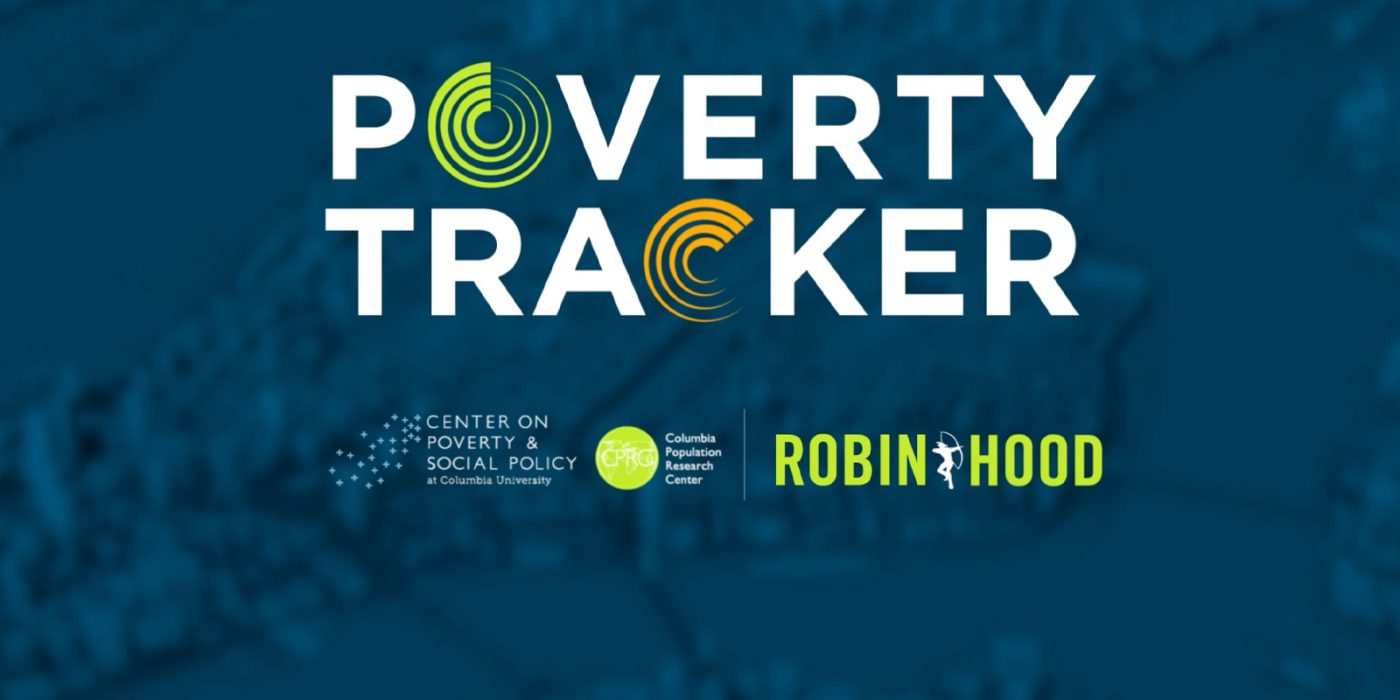 In 2012, Robin Hood partnered with the Center on Poverty and Social Policy at Columbia University to launch the Poverty Tracker, a groundbreaking study of poverty in New York City. What makes it groundbreaking? Unlike typical surveys of poverty that take an annual snapshot, the Poverty Tracker takes a longitudinal approach to check in with the same 4,000 households quarter after quarter for several years. This approach provides a dynamic view of poverty over time. The most recent Poverty Tracker focuses on the child care crisis in New York City. Ayana Bartholomew and Loris Toribio of Robin Hood report for Early Learning Nation.

Every day in New York City, parents must choose between going to work and staying home to care for their kids. This daily calculation sets into motion a domino effect of complications that affect the financial stability of families and the critical early learning experience of children.

Working moms are, in many ways, girding the economy nationally. Without child care, they have and will leave the workforce. If 6.5% of mothers left, lost wages would total $56.4 billion nationally. Even a 5% decline would undo 25 years of progress.

The just-released data from Robin Hood and Columbia University’s Early Childhood Poverty Tracker examines the extensive costs of child care disruptions, and explains how New York City’s child care landscape is in dire need of reform. The conclusion? Child care is unaffordable for 52% of New Yorkers—including 56% of lower-income New Yorkers—and, even prior to the COVID-19 pandemic, would have cost half of the annual salary of a full-time worker earning minimum wage, making it nearly impossible for low-income workers to afford. 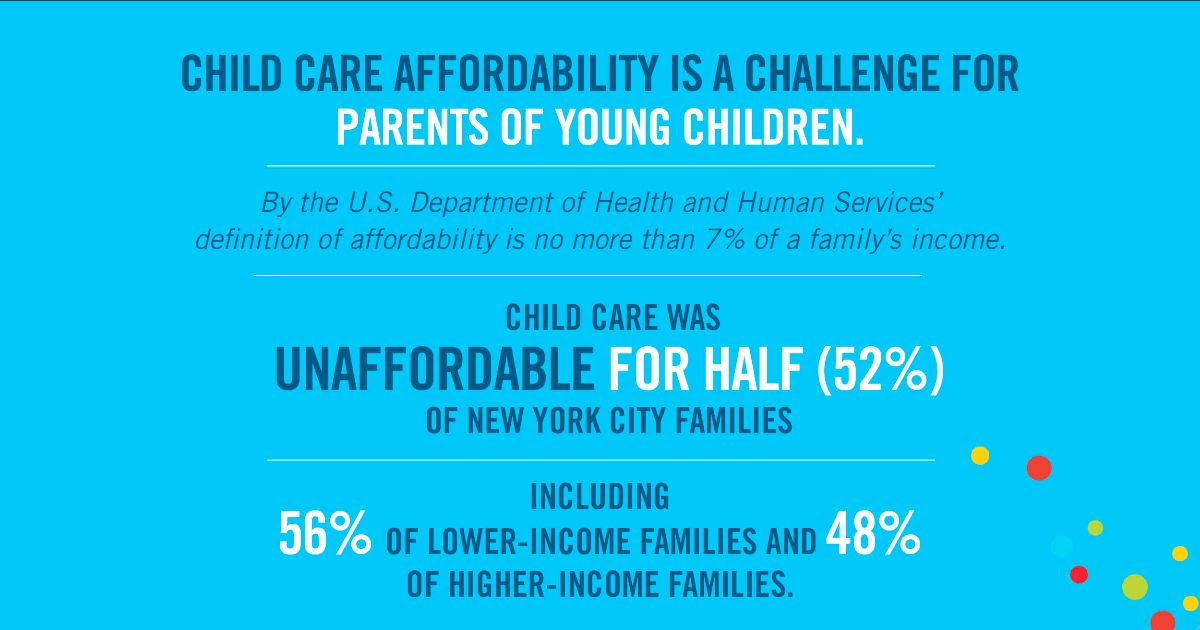 What’s more, 70% of New York City kids under age 4 live in child care deserts, where high-quality child care is not just unaffordable, it’s nonexistent. It should be noted that ages 0-5 are considered a most critical period of brain building. 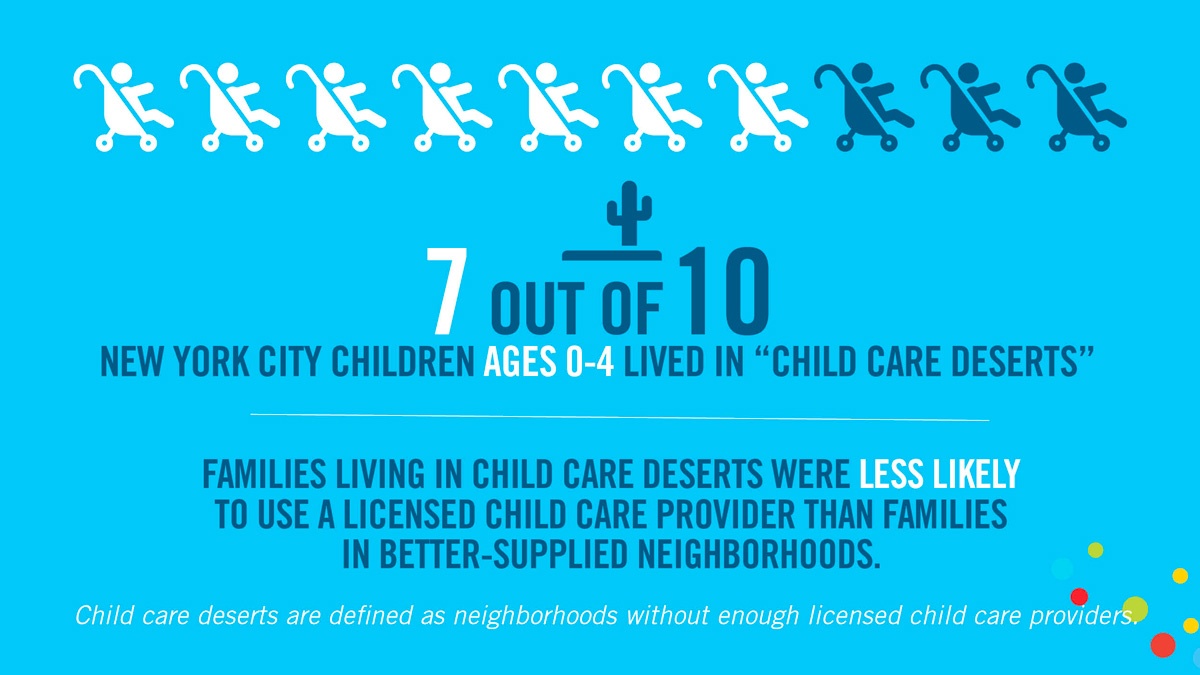 Now the pandemic has made it even harder for families in New York City to find child care that meets their needs and their budgets. Without adequate federal support, New York City risks losing half of its already constrained child care supply, which will result in even greater disruptions that not only affect our economic recovery, but also our youngest New Yorkers’ development and long-term outcomes.

The cost of these hardships has far-reaching implications for children, parents and the economy. For example, the report highlights the broader career and economic impacts of child care disruptions. Over a 12-month period before the pandemic, 30% of working parents reported experiencing a child-care disruption that hindered their work advancement.

It’s costing the city, too: Prior to the pandemic, lack of child care rang up an estimated $1.4 billion annually because of work absences and turnover. More than half (64%) of New York City businesses said they’d been burdened by the lack of affordable and accessible child care. And child care disruptions may have caused New York City to lose $140 million in tax revenue and $3.5 billion in yearly earnings due to parents forgoing education and training. Since the pandemic, the economic cost has most likely worsened.

Working moms are, in many ways, girding the economy nationally. Without child care, they have and will leave the workforce. If 6.5% of mothers left, lost wages would total $56.4 billion nationally. Even a 5% decline would undo 25 years of progress.

So much hangs in the balance, from New York’s economic recovery to the successful brain development of a New York City toddler.

A full recovery from the pandemic and a path forward that prevents a disruption of this scale ever again depends on whether we begin to prioritize kids, families and moms. The cost is too great to ignore.

A solution comes from the families themselves, who overwhelmingly responded to a recent poll from Robin Hood community partner The Education Trust that the next mayor of New York City must address these needs to provide relief to parents and help keep the youngest New Yorkers on track developmentally.

A recent policy agenda from Robin Hood, the Century Foundation and Next100 provided actionable policy recommendations for how the next mayor of New York City can better support the city’s child care landscape. Read it here. 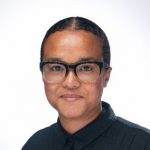 Ayana Bartholomew is a program officer at Robin Hood, focused on early childhood education and child care. She has worked in the non-profit education sector in New York City for over a decade. 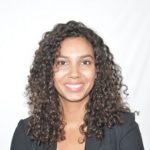