Transition to Fatherhood: A Profound Passage that Should Be Protected 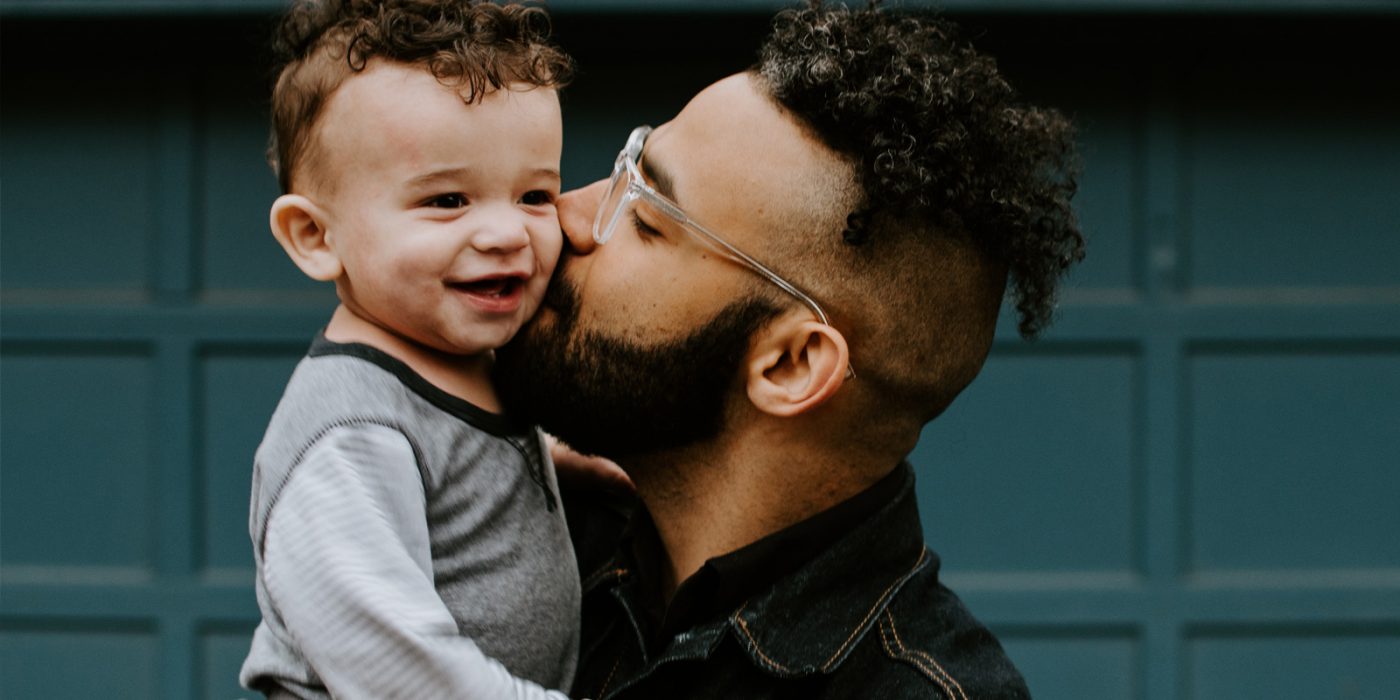 Photo by Kelly Sikkema on Unsplash

Women come of age steeped in conversations about reproduction. Different cultures interact with women’s bodily changes in various ways, but if a woman decides to have a child, common knowledge, health literature and Aunt Jesse’s war stories tell a woman that her body is going to go through some things with pregnancy and postpartum.

Men? Not so much. Other than jokes about sleepless nights, sexual slowdown and “dad bod” (more about that later), typically little attention has been paid to a man’s transition into parenthood. For the health of our families, it might be time.

Dr. Darby Saxbe, associate professor of Psychology at the University of Southern California, says that, although the impact of that transition affects mothers and fathers in obviously different ways, it’s important to recognize that it’s a critical time for men.

“There’s been a blind spot when it comes to men’s health care and a focus on men transitioning to parenthood as the major life event that it is,” Saxbe says. “If we think about sleep, exercise, social interactions, life priorities, values—a lot of different domains go through major changes during this time.

“If you survey mothers and fathers, an equal percentage of fathers will say that being a parent is extremely important to their identity; it is a central part of their self-concept. But parenthood hasn’t always been a recognized value for men. That’s changing now, as fathers have really stepped up their participation in the last two or three decades—and that brings with it a growing awareness that fathering is a tremendously important and transformative life event that can have a lasting impact on father’s brains and bodies.”

Among the 38 Organization for Economic Co-operation and Development countries, the average paid leave for mothers is about 55 weeks. For fathers, total paid leave time is just over eight weeks. The U.S. ranks 38th out of 38 on this list.

The U.S. has spent significant time and money addressing population-level health and treating stress-related disease, often focusing intervention efforts on late midlife. A case can be made for interventions and support much earlier, according to an analysis of existing research that Saxbe collaborated on with Stanford University economist and family-leave policy expert Maya Rossin-Slater and developmental neuroscientist Diane Goldenberg.

Here’s why it’s so important. The transition to parenthood is a high-risk time for mental health issues such as anxiety and depression, with new parents about twice as likely as adults in other life stages to report clinically significant depression. Fathers often experience weight gain during this transitional time, possibly due to hormonal changes but also to not getting as much exercise as they might have before the baby’s birth, and other changing health habits. Families frequently default to grabbing whatever is easiest and quickest, so nutrition can take a nosedive as comfort food becomes the go-to rather than a treat.

Sleep loss is one of the legendary changes that parents experience during this transition, and fathers frequently wind up more sleep-deprived than mothers because they return to work sooner, given that the United States (unlike many countries) does not offer paid paternity leave. Lack of adequate sleep increases vulnerability to disease, obesity and mood disorders—all of which have an effect not only on individuals and families but even on the economy, with days missed and a lessening of productivity due to depression and illness.

“We know that a lot of chronic illnesses are linked with mood disorders, depression, sleep loss or disruption, increased stress and inflammation. All of these are dynamic across the transition to parenthood,” Saxbe says. For many individuals, the weight gains during this time are retained long-term. Some people experience their first episode of major depression, and health markers such as stress and inflammation can get out of whack during this time—damage that can continue into midlife and beyond, she says.

One of the most profound aspects of a father’s transition to parenthood is his loss of opportunity to get together with his friends and the changing social dynamics of existing friendships. If they aren’t fathers themselves, a man’s friends may not understand why he can’t hang out with them the way he used to. Dealing with the profound experience of having a new baby and his partner going through dramatic transitions without the social support of his peer group can be isolating and overwhelming for any man, with even less societal permission than mothers might have to express any level of unhappiness. Postpartum depression can be a deadly complication for women, and it can profoundly affect men as well.

Men sometimes have trouble coming to terms with the surprising physical changes their bodies go through during their partner’s pregnancy and postpartum months, Saxbe says. This time is full of changes in hormones and health behaviors, she says, so it would be surprising if there weren’t significant changes in the body during this period. What some might find surprising is the degree to which father’s and mother’s biology begin to synch up in preparation for the baby’s arrival and in the months afterward.

The combination of decreased physical activity, sleep loss, a less-than-ideal diet and decreased testosterone can result in “dad bod,” she says. Though the idea of having a dad bod might diminish some men’s self-image, from an evolutionary standpoint, it makes sense.

“We have a tendency as a culture to glorify testosterone and what it signifies—aggression, competition, dominance, status seeking—but there are times in the lifespan where priorities need to change,” Saxbe says. “When a new baby is coming or is in the household, competing for a new mate might not be the best use of a man’s energy and time. In a society with a high child mortality, the most adaptive strategy for men might be to maximize the number of babies they can contribute genetic material to. But in a culture with more resources, where most children are likely to survive to adulthood, the more adaptive strategy might be to invest a lot in each of those children so that they not only survive but thrive.

Postpartum depression can be a deadly complication for women, and it can profoundly affect men as well.

“Testosterone might dip in the prenatal or early postpartum period but then will often recover,” she says. “It’s just not the case that men need super high testosterone all the time throughout their lives.”

Many criteria are important for successful parenting, but the fact of being genetically related to the child does not necessarily top the list. Saxbe says that significant research shows that good parents are made, not born: the act of caregiving creates “parenting brain,” which doesn’t require a particular biological architecture, she says. This turns the gender script on its head and underscores that adoptive, foster parents and stepparents—anyone who develops meaningful bonds with children and is engaged in their care—are going to show the brain and biological changes linked with parenting. They, too, need to be included in any policy considerations.

Given the science that shows what an inflection point becoming a parent is for new moms and dads, as well as for families and for society, it would make sense for this to be a valued and protected time. In many countries, that’s the case. Among the 38 Organization for Economic Co-operation and Development countries—generally considered the “developed countries” of the world—the average paid leave for mothers is about 55 weeks. For fathers, total paid leave time is just over eight weeks. The U.S. ranks 38th out of 38 on this list, with zero guaranteed paid time off for new parents—policy that simply does not set American families up for success. New moms in America are expected to bounce back after this profound, life-altering event: A quarter of new mothers return to work within two weeks of delivering a child, and typical maternity leave lasts only 10 weeks. Though the 1993 Family Medical and Leave Act provides for unpaid leave, almost half of U.S. workers aren’t eligible and those who are often can’t afford time off without pay.

“Public policy support for families during this transitional time can protect lifespan health in a way that could save us some of the trillions of dollars we spend every year in the U.S. treating late-life disease,” Saxbe says. “We have this incredible amount of federal spending on healthcare, but we need to look at protecting families (at this time) as a kind of healthcare, given that the transition to parenthood is such a high impact time for health. Are we spending as effectively as possible if we’re not doing anything to help new parents?”

U.S. policies put enormous freight on individuals to bear up under circumstances that shouldn’t be theirs alone. Society benefits when families get the support they need, including protected time off to heal, to bond and to become a family together—which has both immediate and lasting results.

“There’s evidence that mothers show better trajectories for stress and depressive symptoms and are more resilient across the transition to parenthood when fathers have paid paternity leave,” Saxbe says. Paid leave for all new moms would make a huge difference for American families, but as Saxbe’s research is proving, it’s only part of the equation. Family leave might require significant investment, Saxbe says, but can save taxpayers money in the long run by lessening the burden of chronic diseases and creating healthier, happier and more stable individuals and communities. In the U.S., fathers have not typically been viewed as central to the childbirth and postpartum equation, but Saxbe’s and others’ research shows that, for the health of the mother, child and father himself, it’s time to broaden the conversation.