Parents Are Made, Not Born, Research Shows: The Act of Caregiving Creates ‘Parenting Brain’ 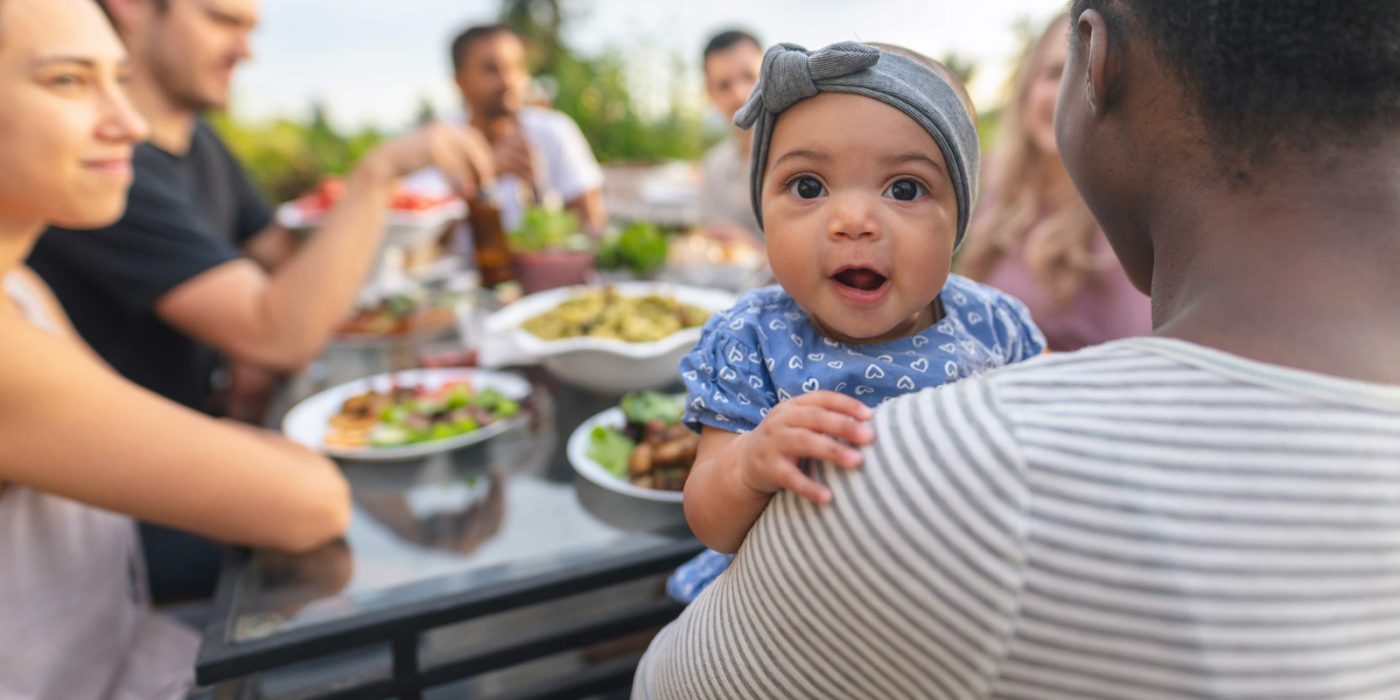 Making the transition to parenting sometimes can feel like a rocky entry into an unknown land. Regardless whether someone has given birth to a new little human, is welcoming a child by adoption or is assuming an essential caregiver role, the arrival of an infant presents a profound rearrangement of life as it used to be. My life will never be the same, says the voice running in the background, followed instantly by I have no idea what I’m doing.

The good news: most caregivers in that moment take a deep breath and dive in to do what’s needed to meet the baby’s needs, decipher the meaning of each type of cry and provide the infant with what’s needed to flourish and grow.

Fascinating new research now tells us that the baby isn’t the only one growing and changing in this scenario. The very act of this intense caregiving causes observable changes in the brain of the caregiver—developing “parenting brain.” Those changes aren’t limited to the biologic mother or even the birth father but occur in the brains of everyone intimately involved in caring for the baby.

Changes in the brain of those transitioning to a parenting role are less shaped by biological relationships and more shaped by the degree of caregiver involvement, researchers say. Rather than some people being hardwired “by nature” to be a parent, people become parents by how—and the degree to which—they respond to the child: The act of caregiving, not simply the act of giving birth, calibrates the brain.

Drs. Pilyoung Kim and Sarah Watamura of the University of Denver call this transition to parenting a co-occurring sensitive period, “two open windows,” a time in which both infant and parent are especially receptive to being shaped by their environments and mutual interactions. Kim and Watamura (who is a fellow with Ascend at Aspen Institute), are co-authors of “Two Open Windows,” a report that highlights research into this exceptionally sensitive period and its critical implications for effecting changes that can improve outcomes for children and parents alike. Co-authors Tiffany Phu and Andrew Erhart, graduate researchers at the University of Denver, led this report.

“Humans have these massive learning machines,” Watamura says. “We adapt to our circumstances; we can live anywhere in the world, learn any language—there are so many ways that we adapt, yet we seem repeatedly surprised when our brains support us in what we’re trying to do.

“In this situation where a person is learning to parent, engaging and using all their resources to do that, it’s not surprising that their brain would show changes as they face that challenge.”

Many parts of the brain that adapt to stressful situations are also those that help direct parenting behavior. The parent hears a loud cry and in the context of the fight-or-flight response, they have to learn to redirect and listen for whether that sound is a hungry cry or an urgent request for a diaper change. When a parent is tired and feeling overwhelmed, they have to manage their own emotions so that they don’t feel so constantly “on” that they exhaust themselves, while staying engaged enough to respond appropriately to their child. All of these actions tune their brain, their brilliant on-board computer that instantly processes these lessons for the next encounter.

Multiple studies have found that this strengthening of parenting-relevant brain circuitry takes place in both male and female caregivers and shows no difference between biological and non-biological parents. What the research does show, however, is stronger response to infant cues among primary versus secondary parents (as identified by the parents) regardless of their sex or biological relatedness—information that’s highly relevant for developing policy in adoption and foster-care systems.

Parents who are dealing with high levels of stress in their own lives may not show changes to the parenting-relevant brain circuits thought to support sensitive interactions with their baby’s needs. If they lack access to shelter, food and healthcare and/or have a history of childhood adversity, the caregiver’s own stress responses can make it difficult for them to attend to their child’s needs. Their brains can be so involved in responding to survival threats that they process their infant’s cries as just one more stressful element—even the hormones that generally support parenting behavior can work differently for parents who have a history of adversity.

Despite the complex of challenges and stressors that can accompany poverty, it isn’t the determining factor here: Even parents who experience chronic poverty can and often do demonstrate sensitive caregiving and interact warmly with their infants.

“Brains adapt to environments,” says Phu. “We respond to the responsibilities that are put in front of us—which can be a beautiful thing. But if the environments themselves are unhealthy, riddled with inequalities and other stressors, brains will adapt to that as well [by] responding to threats in the environment. Babies’ cries are meant to be distressing so they can elicit response. It can be hard for a person to respond appropriately if the crying just adds to the distress.”

Substance abuse can also disrupt the brain-reward systems relevant to parenting, the researchers say. Studies have shown that using substances in pregnancy is associated with reduced brain activation to infant faces and cries. Substance abuse in the transition to parenthood not only risks passing along the substance in utero or in breast milk, but may disrupt important brain changes in both generations, research shows.

Watamura stresses that poverty, substance abuse, postpartum depression and other stressors don’t have to determine the future of either parent or child. What the researchers have discovered is that parents in various adverse circumstances are more sensitive to external inputs as they’re transitioning to parenting. They want help and they want to change. The logical approach from both a policy and practical perspective would be to create and deliver interventions that serve the whole family during this critical window when caregivers are interfacing with health and support systems and are motivated to change, and that’s precisely what Ascend’s Two Generations, One Future approach provides. By working intentionally and simultaneously with children and the adults in their lives or reducing environmental stressors, it combines the best of both worlds to improve outcomes for both.

The research detailed in Two Open Windows: Part II shows that this big-picture approach isn’t just a good idea, its interventions have an observable, biologic effect on both caregiver and child.

“People know in their gut that (this approach) is the right thing to do,” Watamura says, “but being able to see the neurologic underpinnings and importance of supporting and intervening not only with the child but with the adults in their lives helps us understand the need to invest appropriately. It adds further depth to the understanding that it’s about the caregiving, not whether you’re male or female, heterosexual or homosexual. None of those is the driver. The caregiving is.”

Attachment-based interventions to help parents and children build their relationships can take a variety of forms, from one-on-one counseling to small-group sessions or providing practice and modeling of core parenting skills. Equally important, improving material conditions of families living in poverty has been proven to have lasting beneficial effects.

“One of the pieces of this research that is really important is the fact that parental brain systems are also stress systems,” says Erhart. “Just addressing some of the stress that parents are experiencing, either through stress-reduction programs or by reducing the stressful environment itself, also function as an intervention.”

These types of interventions have been around for a while: the new body of research tracking caregiver brain changes provides unmistakable evidence of the impact of such interventions and points to the need to “think bigger,” the researchers say, about crafting policy that supports all caregivers regardless of sex or biologic connection to the baby.

The Aspen Institute The Aspen Institute is a global nonprofit organization committed to realizing a free, just, and equitable society. Founded in 1949, the Institute drives change through dialogue, leadership, and action to help solve the most important challenges facing the United States and the world. Headquartered in Washington, DC, the Institute has a campus in Aspen, Colorado, and an international network of partners.