An Interview with Dana Suskind: “When a Group Speaks with One Voice, Society Listens”

Part 2 of a 2-part Conversation 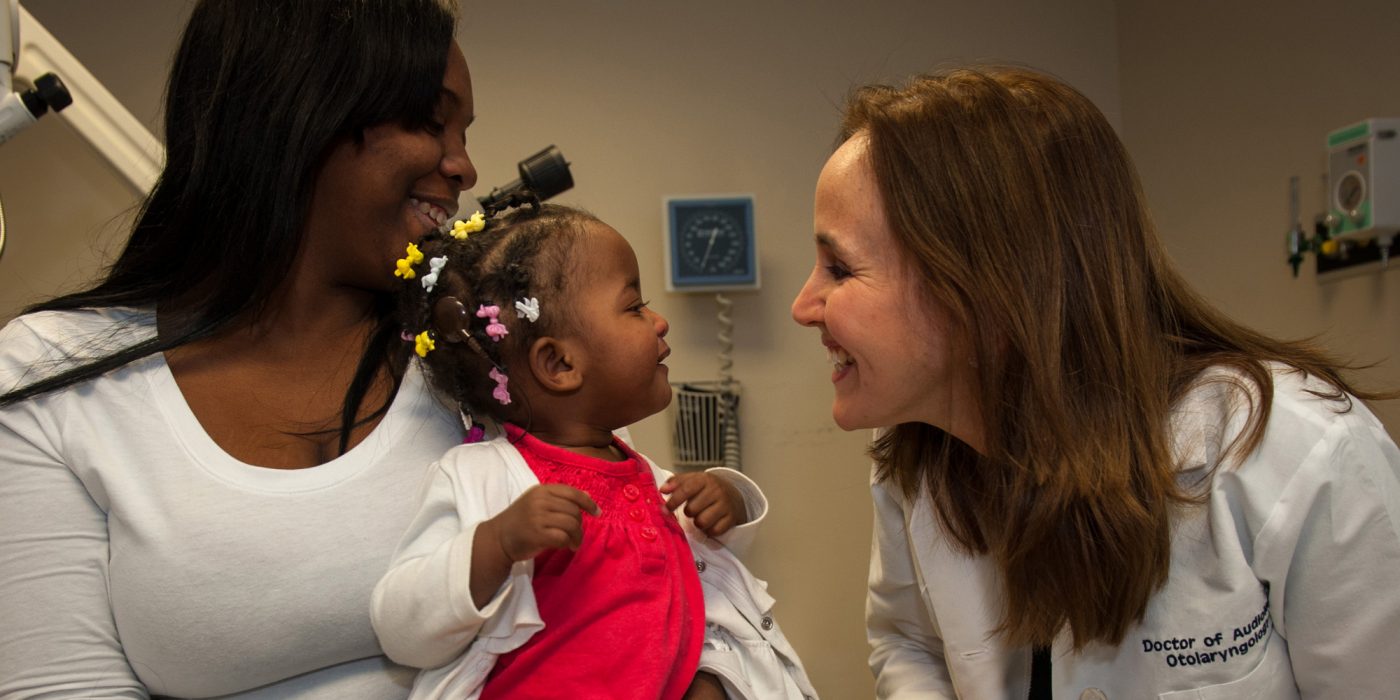 Dr. Dana Suskind’s Parent Nation: Unlocking Every Child’s Potential, Fulfilling Society’s Promise diagnoses a range of obstacles that prevent young children from thriving, and envisions ambitious yet attainable solutions. In part I of this interview, we spoke about the issues her book raises and her vision for change. Here we discuss how Parent Nation complements the work of the TMW Center for Early Learning + Public Health at the University of Chicago.

MARK SWARTZ: How did the TMW Center arise, and how is it helping to build awareness about children’s issues? Why was it designed so that everything is “parent-centered, parent-tested and parent-directed”?

DANA SUSKIND: Early in my practice as a cochlear implant surgeon, I noticed stark differences in my patients’ progress after surgery. I journeyed outside the operating room and into the world of social science to try to find out why, and what I found was that early language exposure and experience, in hearing and deaf children alike, profoundly impacts a child’s ability to learn and thrive.

The connections built in a child’s brain during the first three years of life lay the foundation for a lifetime of learning; and they are almost entirely dependent on the early language environment, particularly the presence of rich “serve and return” exchanges between parent and child. This nurturing interaction is powerful enough to help children build cognitive skills like reading and writing, numeracy and pattern recognition as well as noncognitive or ‘soft’ skills like grit and resilience.

SWARTZ: How does Parent Nation build upon the work of the TMW Center?

SUSKIND: We launched the TMW Center to help ensure as many parents and caregivers as possible are both aware of this powerful brain science and equipped with the tools to put it into practice. We offer evidence-based interventions that enable parents, caregivers, practitioners and researchers to impact foundational brain development and address early cognitive disparities which have been found to have lifelong effects.

One of our most effective tools is the “3Ts” strategy: Tune in. Talk more. Take turns. It doesn’t require fancy gadgets or a specialized degree. It simply reminds parents that they are their children’s first and most powerful brain architects, and their loving, serve-and-return interactions build a healthy foundation for a lifetime of learning. The ultimate goal of the TMW Center is to create a population-level shift in knowledge and behavior of parents and caregivers, so we can optimize brain development in all children.

SWARTZ: As a surgeon, do you view child development as a public health issue? A social justice issue? Both/and?

Healthy brain development is a fundamental, though not sufficient, condition for equality. And every adult—parent or not—stands to benefit when the next generation is given the opportunity to thrive. Unfortunately, we have made it exceedingly difficult for most parents to raise children in our country and almost impossible for some. And until we make it easier for all parents to meet the developmental needs of their children—to fulfill their promise as brain architects so that their children may reach their full potential—our society will fail to reach its own.

SWARTZ: I was struck by the observation that children make up the poorest segment of the American population and the history of the AARP, which is such an advocacy powerhouse. What lessons can be drawn from this history?

SUSKIND: In the mid 20th century, Americans over 65 were the poorest, most underserved segment of the U.S. population. The AARP changed all that. Thanks to AARP’s efforts over the last 50 years, there is now no age group better served by society and government than the elderly. The poverty rate among Americans aged 65 and older has declined by almost 70%. From the passage of the Age Discrimination in Employment Act in 1967 to the establishment of Social Security and Medicare, which helps the economy as well as individuals, the AARP continues to make advances in health care, prescription drug support, long-term care, and more. They unite constituents across socioeconomic, political, racial and ethnic divides by focusing on rights that benefit everyone, and their success is legendary.

Tragically, the plight of some parents and young children today is not so dissimilar to that of the elderly prior to the advent of the AARP. Like the elderly once were, today’s parents are in many ways invisible, often marginalized and struggling. But just as we dramatically improved the quality of life of the elderly, we can do something similar for our youngest citizens, by first helping their parents. As the AARP taught us, when a group of people speaks with one voice, society listens.

SWARTZ: Another striking headline: “It’s better to be born rich than gifted.” What myths do we need to debunk before we can have the child care system we need?

SUSKIND: For so long and in so many areas of our lives, we’ve been sold the myth of American individualism. The notion that Americans have to be tough and independent prevails, and it perpetuates going it alone as a virtuous ideal. The result has been to convince parents that they should be able to shoulder the enormous responsibility of early childhood care, development and education on their own without formal support. And that if they struggled to do so, the failure was theirs alone.

In fact, in order to build the best early learning environment for children, parents must first feel supported in their own lives. This is neither selfish nor trivial. People’s health, social connection, career support, financial security and access to community resources all have a profound impact on personal well-being, and subsequently, the ability to nurture children’s development, to nurture the next generation. Private networks of friends, family and other individuals can help get us through the day, but they are not enough to overcome all of the challenges before us or the gaps left unfilled by our institutions. They are not enough to build a better tomorrow for our children or our children’s children.

When society fails to support parents, our children get shortchanged. To endow our children’s futures and our own future as a nation, we must invest in children today, from birth.

Read Part I of this interview here.