“Reading Prepares You for Your Destiny:” 5 Literacy and Life Lessons from Darryl McDaniels

By Mark Swartz
Community Cultivators
on May 3, 20224 min read 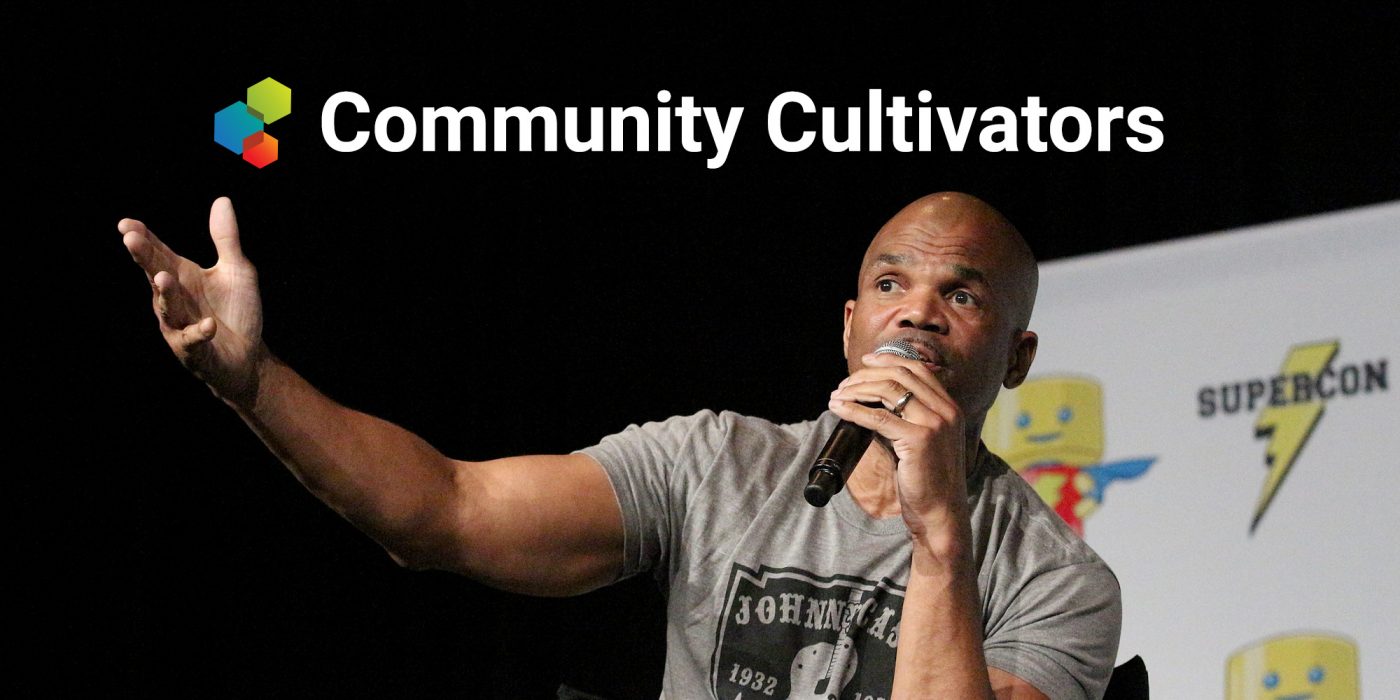 Darryl McDaniels might strike some as an unlikely ambassador for early literacy. As a part of Run-DMC, the first hip-hop superstars, he dominated MTV in the days when people worried that music videos were keeping kids away from books and learning. Best known for hits like “It’s Tricky” and “Mary Mary” and for joining forces with Aerosmith for a chart-topping remake of their “Walk This Way,” Run-DMC embodies the old school era of hip-hop now bathed in the glow of nostalgia.

Today, McDaniels, 57, is exercising his education muscle with a vocabulary-building series from Noggin called “What’s the Word?” as well as a children’s book, Darryl’s Dream, a semi-autobiographical story that focuses on social-emotional topics like how to deal with stress and confusion. “Once you get to rehab and therapy,” he says, “you discover that all those things existed when you were little; it’s just that nobody addressed it.”

I spoke with McDaniels and Makeda Mays Green, vice president at Nickelodeon to talk about their collaboration on “What’s the Word?” and advice on how to make literacy fun for early learners.

5 literacy lessons from our conversation:

1.Music drives literacy. In McDaniels’s succinct formulation: “You put a rhythm to it, you learn it.” Over Zoom, he demonstrates for me why the ABCs is “one of the best raps in history” and Dr. Seuss is “the best rapper ever.” Mays Green cites Schoolhouse Rock as one of the new series’ inspirations. “We’re using music to teach kids the meaning of the words they’re singing,” she says. “We know from a number of studies that kids have the innate ability to grasp messaging when it comes through the vehicle of music.”

Partnering with a musical legend beloved by parents (and, let’s face it, grandparents) makes it more likely that an adult will enjoy the program alongside the young audience. “Darryl embodies a love of learning and the value of literacy,” she continues. “That means listening, speaking, reading and writing.”

2.Comic books are good reading tools. McDaniels originally learned his ABCs so he could keep up with the exploits of Spider-Man and Iron Man. “Something in there was so powerful,” he recalls. “It made me want to learn to read, so I could understand what was going on.” With his thick, square glasses, the protagonist of Darryl’s Dream was more of an awkward Clark Kent than a Superman, and that double-identity, too, captured the appeal of comics. (Among favorites more likely to be found in the children’s section of the library, he names Sounder, Curious George, Charlotte’s Web and, above all, Pippi Longstocking. He was bowled over when a recent episode of the revisionist superhero series The Boys acknowledged Pippi’s superpowers.)

Later in life, when he rapped about such personal struggles as discovering he was adopted, he made sense of it all through his first literary love: “I’m a superhero in the comic books / My make believe is your reality / I’m everything I pretend to be / Everything I need is inside of me / And anything else is the enemy.”

3.Hip-Hop brings down barriers. Run-DMC helped U.S. audiences discover a whole new musical vocabulary—not to mention the emerging hip-hop culture, fashion and attitude—but they also provided an opportunity for fans around the world to learn English. “I was just in Austin for the South by Southwest conference,” the artist says, “and a guy from Guatemala introduced himself by saying, ‘You know how I learned English? Listening to RUN-DMC on the radio!”

For many fans, the signature moment in the band’s career occurred in the “Walk This Way” video, when Aerosmith’s Steven Tyler used his microphone stand to break through a wall separating rap and rock. Mays Green of Noggin says children continue to respond to this penchant for literal and figurative barrier breaking—just as he rapped in “King of Rock”: “Now we crash through walls / cut through floors / Bust through ceilings and knock down doors.” For some reluctant readers, watching a rule breaker pick up a book can be inspiring.

4.“Imagination is more important than knowledge.” McDaniels loves this quote from Albert Einstein, explicating, “He didn’t say knowledge wasn’t necessary. He knows that if you put imagination with knowledge, nothing is impossible.”

For McDaniels, imagination starts with coloring books, arts and crafts and storytelling, and it continues through envisioning your future. Kids should aim high, but the higher they aim, the more discipline it will take. School is where dreams and discipline come together. “Showing up on time, getting in line when the bell rings, if you can’t do that, I’m not going to hire you for my million-dollar company. School is preparation if you want to be a doctor, lawyer, entertainer, whatever.”

5.“Let the kids tell you who they are.” In recent years, McDaniels has appeared at countless school assemblies, and he sees a lot of reason for hope as well as concern. “The kids need the permission to discover their purpose,” he says. “That’s the whole key to empowerment. A lot of curricula and techniques don’t allow that.”

Maybe the reason adults don’t ask open-ended questions is that they’re afraid of the answers, but McDaniels urges, “You’ve got to give them a minute where you can ask them, ‘What is your journey? What do you want to be? What do you see yourself doing?’” If they know you’re really listening, they’ll have a lot to say.  “Kids discover who they are by exploring and learning more about the world, other people and the many possibilities that exist for them,” says Mays Green. “And early literacy is key to that learning and self-discovery.”

McDaniels is thrilled about teaching early learners literacy skills with “What’s the Word?” because he still loves watching cartoons, and being a cartoon that kids relate to and learn from is even better. ”Reading prepares you for your destiny. Literacy sets you up for a dream coming true.”