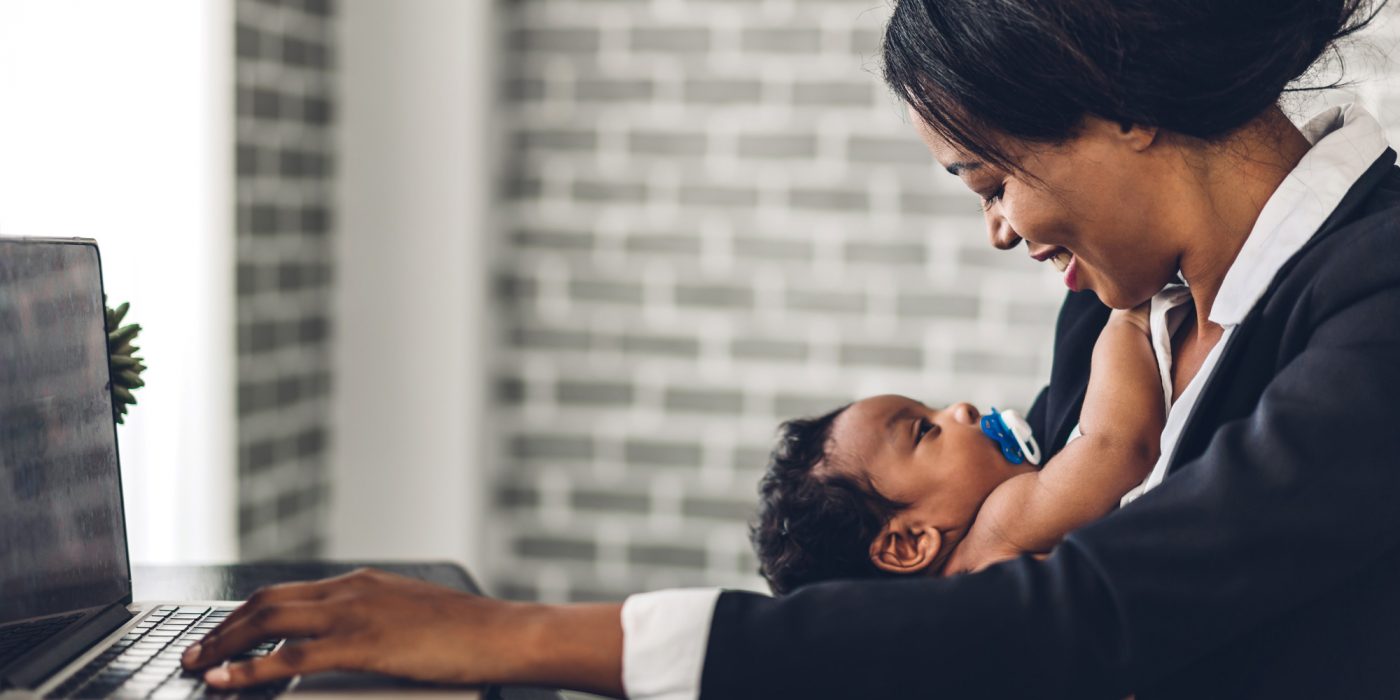 At 4 a.m. each day, Pamela Hines wakes up to pack lunches for her two older sons, who are 9 and 7, and make sure their homework is in their backpacks. She gets breakfast for them and her youngest son, 2, as well as her husband. Kids in tow, she drives her husband to his workplace in Pennsylvania, 30 minutes from their home in Morgantown, W.Va., then takes the two older kids to school.

Her husband lost his job at the start of the pandemic and is thrilled to be back at work now. He works from 5:45 a.m. to 6:30 p.m. each day, installing drainage systems and doing other manual work. After dropping the kids off, Hines cares for her 2-year-old while running the nonprofit she started to connect Americans who have extra travel miles with Ukrainian mothers and children who want to leave the country.

In the afternoon, it’s school pickup, then snack and homework, football practice, driving back to Pennsylvania for her husband, then dinner. It’s an exhausting schedule, Hines said, as her family depends on her for meals, transportation and support and she tries to get her nonprofit off the ground.

Some days, she said, her kids look at her and say, “Mom looks like she’s going to lose it today” — and some days, they’re right. “But you appreciate that love so much in those moments, and that’s what fuels you to keep pushing and pushing when everyone is taking and taking.”

In a new 19th News/SurveyMonkey poll, 64 percent of American workers say they have an easy time balancing their work and their personal lives, with minimal differences by race, gender and income. The thing that makes the difference: whether someone is a caregiver, whether for a child or a sick or elderly relative. Among Americans without primary care responsibilities, 69 percent say they have an “easy” time balancing work and personal life. Among caregivers, that number drops to 57 percent.

When it comes to parents — people who told us they are the primary caregivers for a child under the age of 18 —  though, gender does make a difference. Married or partnered parents report having an easier time balancing work and family life than their non-partnered counterparts, but women in both categories report having a harder time than men. Sixty-two percent of married or partnered dads report having an easy time balancing work with their personal lives, compared with 56 percent of married or partnered moms. They’re similar to single dads: 56 percent of them say it’s somewhat or very easy to balance work and personal life, while 52 percent of single moms say the same. (There wasn’t a large enough sample of gender-nonconforming parents divided by marital status available for analysis.)

This 19th News/SurveyMonkey poll was conducted online in English and Spanish from August 22 to 29 among a national sample of 20,799 adults and has a modeled error estimate of plus or minus 1 percentage points.

Alyssa Westring, an associate professor of management at DePaul University and co-author of “Parents Who Lead: The Leadership Approach You Need to Parent with Purpose, Fuel Your Career, and Create a Richer Life,” told The 19th that the challenge mothers face in balancing work and family, isn’t a new issue — but it is a complex one that was only exacerbated by the pandemic.

In the early months of the pandemic, unemployment jumped disproportionately for women, and many of those who remained employed reduced their working hours to care for children. Even as unemployment has dropped again, many women have retained those caregiving responsibilities, some due to more flexible jobs. Because of this, Westring said, mothers’ careers have become more aligned with child care while men’s have only gone more in the opposite direction. Women also tend to earn less than men, so it often becomes “a logical choice for women to devote more care to the family.”

But it’s not just these systemic issues with how work is set up.

“There is a lot of pressure and internalized guilt to do everything the ‘right way’ and be the ‘perfect mom,’” Westring said. “Even women who cognitively believe that things should be more equal still put more pressure on themselves to do things,” like show up at kids’ practices or make lunch from scratch — and do the most at their jobs.

Westring also notes that a lot of the conversation about work-life balance is geared toward those in white-collar jobs who have more flexibility in when and where they work. “It’s a form of privilege to have this internal debate about how to spend your time and energy,” she said. “The alternative — a lack of autonomy regarding work hours or location — allows little room for individuals to adapt their daily lives to align with their family responsibilities, goals, and values.”

Natalie Becerra, 23, became pregnant her freshman year of college; now she has a 3-year-old son and trades weeks of caring for him with her son’s father. On the weeks she doesn’t have her son, she works 12-hour shifts every single day as a payroll specialist at the University of Kansas Medical Center. On weeks she has her son, she works three six-hour shifts.  Becerra and her son recently moved in with her grandparents to help keep their household expenses down.

Every day after work, she makes time for the two of them to do something together, even if it’s just “sitting at the table and coloring.” Every Sunday is “family day” for Becerra and her son, where they do some kind of activity — “even if it’s not the most expensive thing” — outside of the house together. But mainly, she works and she saves.

“I want to be in a good area where I can send him to school, where we have our schedule where we have breakfast together every day and then I can go to work and then I’m there to pick him up from school every day,” she said. “I’ve always dreamed of that, me and him and just having everything set.”

Her days are difficult and tiring, she said, but “I know I have the drive to get to where I need to be.”

Sara Golden, 41, lives in Colfax, Washington, and is the mother of three boys, ages 6, 10 and 12. She just went back to work in November after 12 years as a stay-at-home mother. She manages a substance use prevention grant for her children’s school district. She is loving being back at work and getting to do this kind of education work. But, she said, trying to balance work and family is “difficult.”

Her job is flexible, and her office is mere minutes from her home. Without that, she doesn’t know if she could make it work. But her kids still are not used to her working full-time, especially her youngest son. “Any time I say, ‘You know, I need to go do this,’ he’s like, ‘You always have to ‘go to do.’ There’s just always one more meeting. He doesn’t have that concept of, ‘I need to be in this meeting for my job.’ He sees it as just another thing where I’m not there for him.” This hits hard, Golden said.

Golden says she and her husband “have a pretty great balance in terms of caregiving” since she’s started working outside the home again. He has shifted his work hours to be there if she can’t and has taken over dinner duties some nights.

Her biggest challenge, she said, is in setting boundaries between work and home life. Golden said she tries to not check emails once her kids are home from school. Now that the school year has started again, things are both easier and harder. She is trying to figure out how to strike a better balance at being fully present at work during her work hours and feeling fully present with her children when she’s with them. Finding that balance isn’t easy.

Jennifer Gerson is a reporter on The 19th*'s breaking news team. She was the recipient of the 2015 Maggie Award for her reproductive and sexual health reporting work at Yahoo Health. In 2019, she was twice nominated by the American Society of Magazine Editors for her work in Marie Claire and Cosmopolitan. She was also one of the founding editors of Jezebel.com.

Jasmine Mithani is The 19th*'s data visuals reporter. She is focused on making complex ideas accessible to everyone. She has worked as a game developer, civic tech software consultant, alt-weekly editor and user experience designer. Her experience in journalism spans newsrooms national to hyper-local, including National Public Radio and South Side Weekly. She was most recently at FiveThirtyEight, where she worked on interactive forecasts and visual stories.