Chronicling a Social Catastrophe, So We Can Prepare Better for the Next One 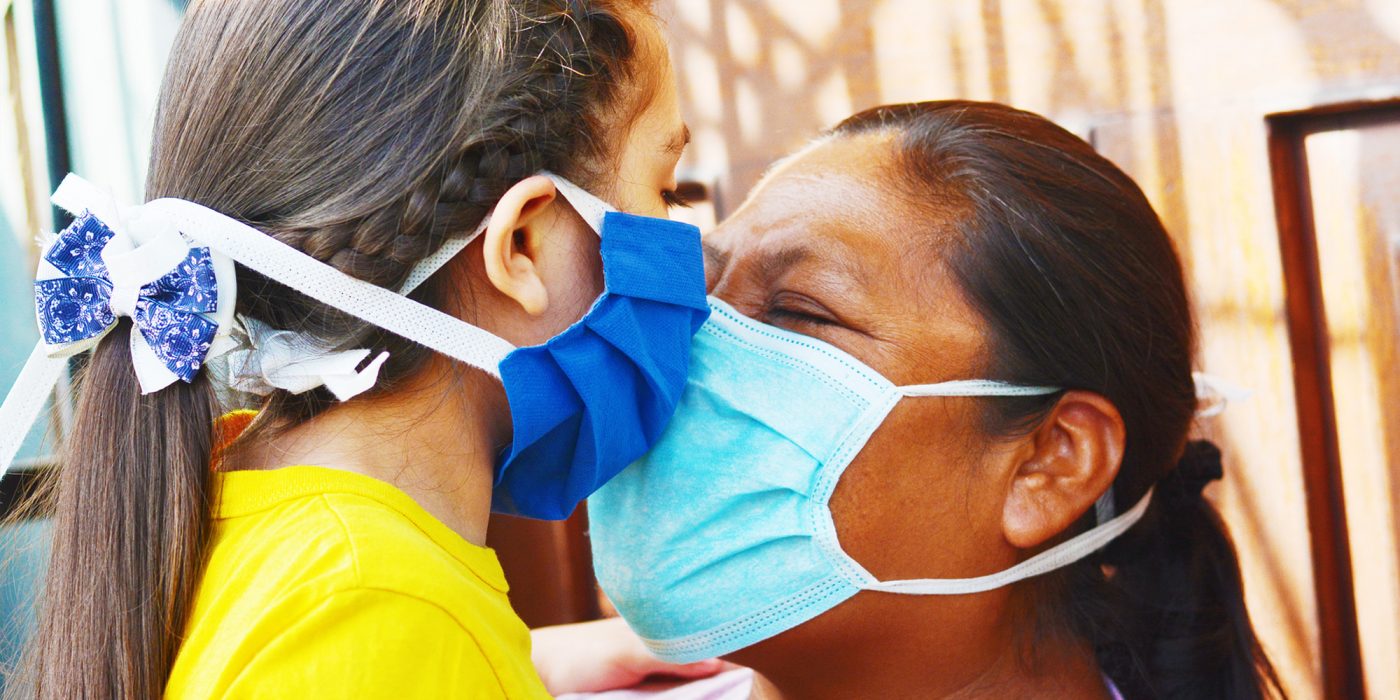 At the start of the pandemic, Anya Kamenetz realized her apartment had a built-in alarm system. It went off at least once a day, usually more than that, to let everyone know that everything was not okay.

“Not being able to go to school was really hard on her,” Kamenetz says of her three-year-old daughter, who would sound the alarm by lying down on the floor to kick and scream. “She was kind of the weathervane for the whole family’s distress, because she really picked up everyone’s emotions and expressed them kind of in the most intense way possible.”

This distress, of course, was not limited to Kamenetz and her family. As a reporter covering education for NPR, she uncovered the many ways parents, teachers, children and caregivers were struggling. The crisis, she realized, was deep but not unprecedented. Her home city of New Orleans had undergone comparable trauma in the wake of Katrina. “That was the biggest example I could think of in recent time where all the schools had shut down in an American city in the 21st century,” she says, adding that the impact had lingered for a decade. “It was more than a storm. It was a social catastrophe across the board.”

Another noteworthy precedent: refugee camps around the world, where children’s schooling is suspended while other life-and-death needs are addressed. In April 2020, when Kamenetz published a story on Morning Edition, host Steve Inskeep was taken aback at the comparison, but she calmly predicted the high school students dropping out, the workforce shocks, the toxic stress, the multiple-year recovery journey. When kids can’t go to school, we can try to connect them through technology, but these efforts invariably fall short.

👉 9 Out Of 10 Children Are Out Of School Worldwide. What Now?

Many of her dire predictions came true. American women drank more than ever (resulting in a spike in liver disease), gained weight (they called it the Quarantine 19, but the consequences go beyond not being able to fit into your jeans) and lost sleep. Anxiety was widespread, and women shouldered more than their fair share.

They were also quitting their jobs in disproportionately high numbers. “The media treated it as inevitable,” she recalls. “They would say, ‘Women were forced from the workforce,’ and I was like, ‘Well, who forced them?’ Why did people pretend like this was some kind of inevitability and not just a re-instantiation of the patriarchy?”

It’s these overlapping emergencies, but also the inspiring and instructive solutions, that distinguish Kamenetz’s The Stolen Year.

👉 Read our review of The Stolen Year

She describes the interviews and research that went into the book as “an opportunity to have even more empathy for parents who cared about their kids just as much as I did, but maybe didn’t have all of the resources at their disposal that I did to make sure that their kids were okay.” It made her reflect on the factors that go into her family’s decisions about where to live and where her kids go to school. The Stolen Year chronicles the way the pandemic surfaced class and gender inequities, as well as the regional and ideological divides that beset our nation.

Opinions about school and child care closures, in particular, ran hot. “It was the first time I had a bleep on the radio,” Kamenetz notes, with regard to a Dallas teacher describing a parent who told her to bleep-off in January 2022. Torn between Texas’ determination to keep schools open, the CDC’s recommendations and a boss who expected her at work, the parent was expressing rage only slightly more articulately than Kamenetz’s toddler. A San Francisco kindergarten teacher reported that the kids were doing terrible even though she was working so, so hard.

As the pandemic recedes, and social divides persist into the midterm elections and beyond, it’s understandable that we might want to let go of 2020 and 2021, but now is the time to take a hard look at what happened.

Especially because it isn’t over. Many effects of the pandemic on children continue to unfurl. Some are experiencing social deficits. For some who didn’t get the early interventions they needed, the consequences haven’t even shown up yet. “This is a decade-long project of recovery,” she says.

In The Stolen Year’s introduction, Kamenetz characterizes the book as “a little like restorative justice or therapy.” (The former term, an alternative to retributive justice, originated with aboriginal cultures and involves elevating the role and voice of victims and community members. Its applications go beyond criminal justice.) As she told me, “We need to tell the story of what happened. We can’t look away. If you think you know what you think about this already, you should maybe look at it again.”

She regards the book as a chance for us all to absorb the stories of what happened and where our choices led. “Whether you think that they were absolutely justified or completely wrongheaded, they had the consequences,” she asserts.

Having left NPR earlier this year, Kamenetz is shifting from one crisis to another, with the climate featuring in a number of current and planned projects, including This Is Planet Ed. The initiative of the Aspen institute builds upon the K12 Climate Action Plan, mobilizing the education sector to take on climate change and enact solutions.

“There’s a huge amount of climate despair and eco anxiety among young people,” she says, “And talking about it is not going to be enough. You have to act, and you have to do things differently and listen to the kids that are upset, because they have good points.”

Covid was a lesson. It’s up to us to study it now and to do our homework, which Kamenetz describes as “thinking about what we learned, and what we now know that we’re able to do.”