From Wildfires to Hurricanes, Midwives Could Play a Key Role in Disaster Response 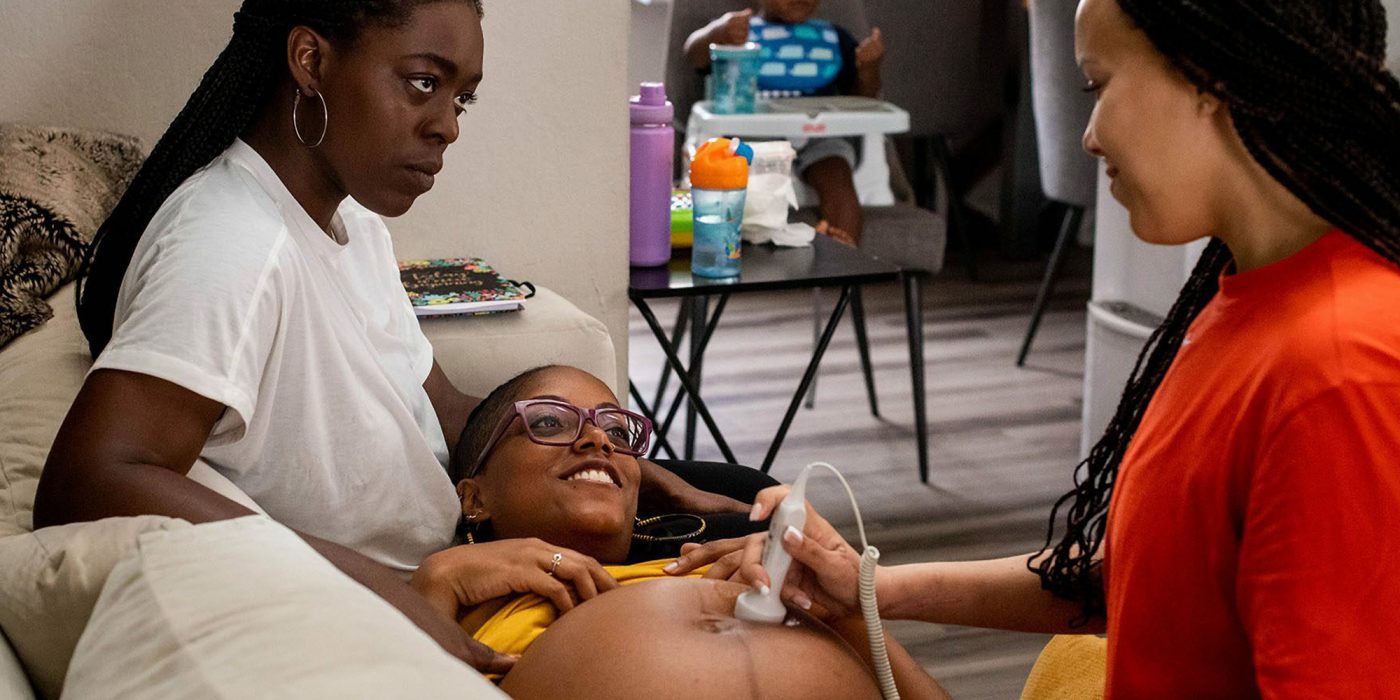 When Hurricane Harvey hit Houston in 2017, a midwife rowed through floodwaters on a giant white inflatable swan to get to a birthing center. Another group of Houston midwives created an emergency channel on a walkie talkie phone app to communicate with birthing parents who couldn’t reach the hospital.

In California, they met wildfire evacuees in hotel rooms to deliver babies. In Puerto Rico they filled a vacuum in an overwhelmed health care system, where many hospitals had shut down during Hurricane Maria, forcing many pregnant people to give birth in their homes.

During blizzards, midwives have mobilized across the country, using a community mapping website to make it easier for disaster response workers and pregnant people to find them. As one midwife quipped in 2011: “We’re like the postal service — we deliver come rain or shine, sleet or snow.”

And in a world made increasingly volatile by climate disasters, more pregnant people will be caught in the crosshairs of wildfires, hurricanes and flooding events. Midwives are calling to be better incorporated into disaster response plans where their nimble, low-tech approach to delivering babies is an asset in times of crisis.

Midwives have played an important, if under-recognized, stigmatized and even criminalized role in birthing in this country. But that is slowly starting to change. The Biden administration in June called for better integration of midwives into the health care system to combat the maternal health crisis. Growing the numbers of midwives in the country is increasingly being seen as a way to tackle this alarming public health trend particularly for people of color — who are hit disproportionately by both disparities in maternal health and climate-linked disasters.

Already, midwives are dispatched in times of crisis either as volunteers or through federal coordination. Disasters can destroy important infrastructure like hospitals, roads and power lines, and obstetricians, who perform a majority of deliveries in this country, are not as experienced as midwives in delivering outside of hospitals or without technology.

“Midwives are trained to manage with a minimum of stuff and fluff,” said Michelle Drew, a certified nurse-midwife, historian and chair of the Caucus for Black Midwives for Reproductive Justice at the American College of Nurse-Midwives.

The main tools she does use are a stethoscope and a battery-powered portable doppler, a device used to monitor a baby’s heartbeat. Otherwise, she jokes that her future memoir will be titled, “Time, Patience, Gravity and These Two Hands.”

That’s about all she had when she traveled to Louisiana to assist as a Red Cross shelter volunteer during Hurricane Katrina in 2005. She delivered a baby for a mother who was around eight centimeters dilated and a two-hour drive from the hospital in Baton Rouge — the one in New Orleans was at capacity.

“She was gonna burst before an ambulance from Baton Rouge could get there,” said Drew, who delivered the baby at the shelter behind a makeshift screen. In the days that followed, Drew helped other women give birth. Some, she believed, went into labor due to the stress of the hurricane, a phenomenon that has since been proven by scientific studies.

Robbie Prepas, a certified nurse-midwife who has traveled all over the world to assist in humanitarian emergencies, also traveled to New Orleans after Katrina on a federally backed team with doctors and nurses. Set up inside a tent in the New Orleans airport, where thousands of evacuees were taking shelter, she and her team delivered 20 over a period of two weeks.

As part of a federal response, her team had access to a stockpile of medical supplies, but she remembered there wasn’t enough for pregnant people and infants. There were no emergency birthing kits, no fetal dopplers to listen to a baby’s heartbeat and no formula to feed infants.

At the time of Katrina, disaster planning barely incorporated the needs of pregnant people or infants. Georges C. Benjamin, executive director of the American Public Health Association, told The Washington Post a year after the hurricane that pregnant people and newborns only “entered the radar” of disaster planning after Katrina had come and gone. As a result, many laboring people were left to manage on their own in the aftermath, without their doctor, access to hospitals or, in some cases, electricity or water.

Adelle Monteblanco, assistant professor of public health at Pacific University in Oregon who has studied the role midwives play in disaster response, thinks they could help address some of these issues that arise during an emergency that a doctor or hospital cannot.

“Their occupational mission is to support their patients and even the broader community,” said Monteblanco, who co-published a paper on the topic in 2019. “They can be utilized during a disaster when we need every effective person and tool.”

These same counties, Prepas argues in a commentary she co-wrote in 2019, could benefit from better integrating midwives into emergency planning. Rural areas in general are overlooked in disasters, and with a lack of providers to treat pregnant or laboring people, midwives could help bridge information gaps in the community during disasters. Their experience with out-of-hospital births could improve birthing and fetal health outcomes, which in rural areas are disproportionately worsened by natural disasters.

In a country where approximately 3.6 million babies are born every year, “nearly every community is going to have pregnant, laboring and/or postpartum individuals,” during a disaster Monteblanco said. “We need a health care system that is flexible and adaptable and really, really mobile. And that’s where, to me, midwives are a really important part of the puzzle.”

The COVID-19 pandemic offered another window into how important midwives are in times of crisis. Hospitals suddenly became an unsafe place to go to for care, which Monteblanco said showed the need for a more nimble care system.

At the onset of the pandemic, hospitals were overrun by patients, and pregnant people were unsure if it was even safe to deliver in a setting where COVID was running rampant. Around that time, the demand for home births, which are typically overseen by midwives, skyrocketed. A report from the Center for Disease Control and Prevention published last December showed that home births — which make up a minuscule share of births in this country — rose to their highest levels since the 1990s. There were 38,506 home births in 2019 and 45,646 in 2020, a 19 percent increase. Most midwives, however, still work in hospitals or at birthing centers..

Even though midwives are only trained to attend low-risk births, there weren’t enough to help all the people who wanted them. Drew, the midwife from Delaware, said that a woman desperate for midwifery care offered her $10,000 to attend a birth, more than double her rate, during the pandemic. A study published in the Journal of the American Medicine Association that looked at Google trends found a 239-percent increase in searches for home births between March and May 2020.

While midwives are growing in popularity they are not well integrated into the United States health care system. Midwives in other developed countries like England, Norway and the Netherlands are present for as many as two-thirds of births. Those countries have much better maternal and fetal health outcomes than pregnant people in the United States where midwives only attend about 9 percent of births. Worldwide, the United Nations says a growing shortage of midwives exacerbated by the COVID-19 pandemic is impacting maternal and fetal care.

The Biden administration is considering expanding the midwifery workforce as one way to address this crisis. This model is less expensive for under-resourced communities, and it can be culturally tailored to the communities it serves.

But midwifery, a profession that was made up of predominantly Black women in the 1900s, is now overwhelmingly White at 85 percent. As long as the workforce remains that way, Drew said, she’s cautious about its potential impact for Black people and other people of color

The same communities impacted by the maternal health crisis will also disproportionately face the impacts of the climate crisis. They are the ones left behind in disasters because they don’t have the resources to evacuate, and end up in shelters, which disaster researchers say are ill-equipped to care for pregnant and postpartum people.

“When we think about motivation in this work, a big part of it is that we have a maternal crisis in this country, and it’s going to be worsened by the climate crisis,” Monteblanco said.

Emily Jones, a midwife in Washington, thinks they should be incorporated before a disaster ever happens. She wrote her graduate school dissertation on the topic and found that in Washington, emergency management plans only involved transferring patients between hospitals without any consideration for the potential of people to give birth outside a hospital.

“When emergencies happen, what occurs is hospitals already have their own patients there who are going to go into labor, and you need to treat them. And then you also have acute patients coming in who may not have been getting care at that hospital, but because of the disaster setting, they’re going there. And so they reach capacity pretty quickly,” she said. “And then what do you do in that circumstance? You start to divert patients, but oftentimes multiple hospitals are going to be at capacity.”

This is where, she argues, midwives could be incorporated into disaster planning to triage care —– similar to what happened organically in New York during the pandemic, where under pressure to expand access to maternal care, former Gov. Andrew Cuomo authorized midwife-led birthing centers.

“It would be to bridge that gap so that if hospitals are reaching capacity, there’s a plan in place already,” she said. “A well-detailed outline, just as the other protocols are, to divert their low-risk pregnant or laboring or postpartum people.”

It’s not out of the question to anticipate a devastating scenario like this either. Besides the annual risk of wildfires, the state, along with much of the Pacific Northwest, is in the danger zone of a 9.0 magnitude earthquake known as “The Really Big One” that has a 10-17 percent chance of hitting within the next 50 years and will result in a subsequent tsunami.

“We view disasters and emergencies as a rarity or something that happens once in a blue moon. when in reality, especially as we move into the coming decades, and things like global climate change are occurring, disasters and emergencies are going to become more common,” Jones said. “And the reality is, that the gap in care and the gap in emergency and disaster settings in Washington state …  those gaps will need to be closed.” 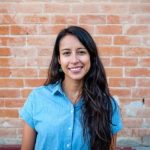 Jessica Kutz is The 19th's gender, climate and sustainability reporter. Prior to joining The 19th, she was an editor and reporter at High Country News, a regional nonprofit that covers the Western United States. Her work has been republished in many outlets including The Guardian, Slate, Mother Jones and The Atlantic. She is based in Tucson, Arizona.