With No Child Tax Credit and Inflation on the Rise, Families Are Slipping Back Into Poverty 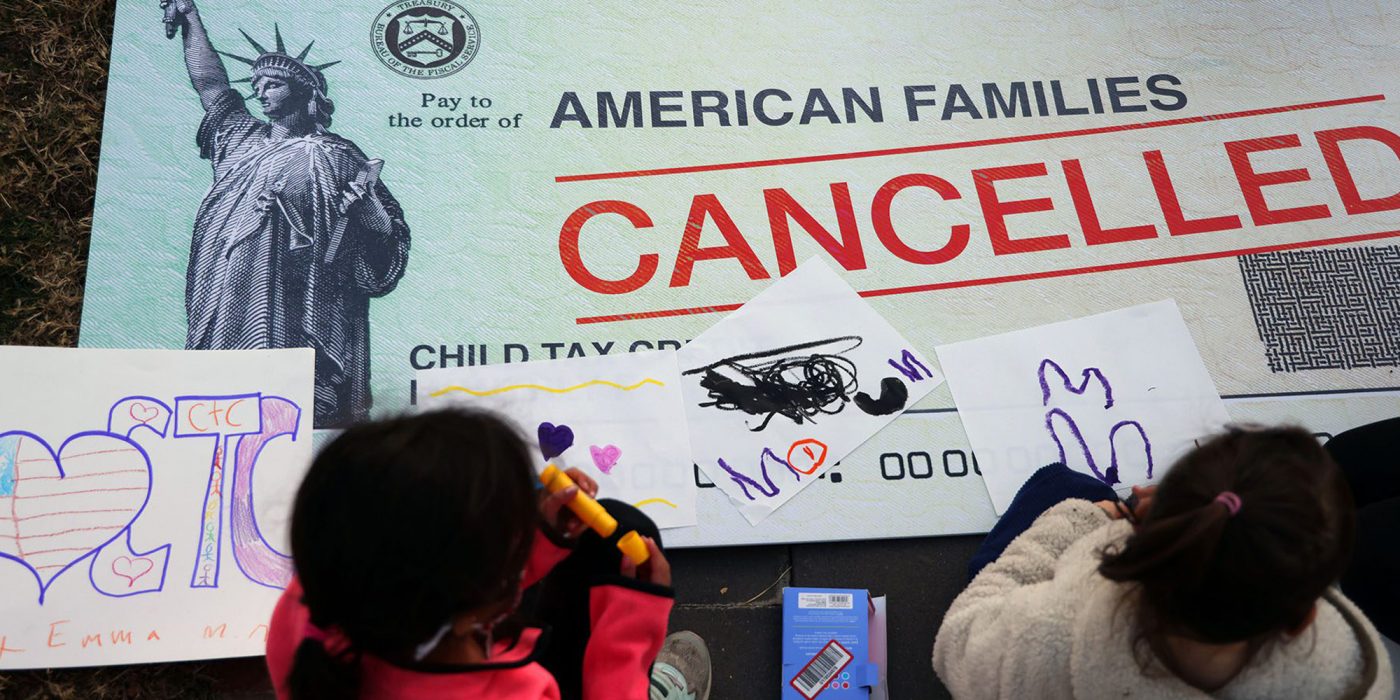 A year ago, the expanded child tax credit ended. Between 2020 and 2021, the credit — which gave monthly payments of up to $300 per child — helped reduce child poverty by more than 40 percent. More than 36 million families received the credit in 2021, and the money helped push the child poverty rate below that of adults for the first time.

But since the program expired, child poverty rates have crept back up. U.S. households are having to pay between $300 to $400 more each month compared to last year because of inflation. Food insecurity is rising once again. Now, advocates are pointing to a growing body of work that shows how low-income and marginalized families relied on the program to survive.

The expanded child tax credit provided up to $300 per child under 6 and up to $250 per child under 18. But the payments ended last December when Democratic Sen. Joe Manchin sided with Republicans in opposition to the credit, saying it would incentivize parents not to work. Although Manchin said he would support the tax credit if it was combined with a work requirement, this would have left out millions of children, many whose parents are unable to work because of caretaking responsibilities.

But those gains were short lived. After the payments expired last December, nearly four million children fell below the poverty line.

Allison Bovell-Ammon, the director of Policy and Communications at Children’s Health Watch — a nonpartisan network of pediatricians, public health researchers and policy experts whose work focuses on children in the United States — noted that food insufficiency, or a lack of access to enough food, in the six months after the payments expired increased by 2.5 percent.

“We basically saw an erosion of the gains that were made under the monthly child tax credit payments in 2021,” Bovell-Ammon said.

Though Manchin claimed that families would misuse the credit, 90 percent of low-income families reported using the tax credit on bills, food, rent and other necessities. According to a White House report, many families were also able to utilize the credit and other pandemic relief efforts to help pay for child care, allowing many parents to return to work. These relief measures had a profound impact on women, who disproportionately lead single-parent households.

“There are a lot of misconceptions about credit and particularly about work,” Bovell-Ammon said. “I think these are really rooted in long time tropes and stereotypes about people living in poverty, particularly women.”

Children’s Health Watch partnered with the Kairos Center and Revolutionary Healing to release a report in August that focused on how the child tax credit helped families make ends meet. The report, which also found that many used the money on rent and health care, utilized qualitative interviews to illustrate how families are being impacted since the credit has expired. All of those interviewed for that part of the study were mothers, and several were single mothers.

Bovell-Ammon said researchers found that households led by a single adult experienced greater increases in food insufficiency in the months after the payments expired and inflation rose.

“When the expiration of the payments happened, a lot of parents told us that it was like this double whammy: Inflation was rising, things were getting more expensive at the grocery store and at the same time they didn’t have this monthly payment,” Bovell-Ammon said. She noted that many “talked about this distrust that was instilled in them by the government and this feeling that they were, in many ways, abandoned during this really critical time.”

A Boston parent who was interviewed for the report noted: “I’ve seen a huge spike with bills and it was a little easier when we were receiving the CTC because I was looking forward to it each month, whether I was putting something aside or buying something for him and putting money on a bill … so it made things a little more difficult when it did stop.”

Anthropologist Diana Burnett led much of the qualitative interviews in the report and followed up with families last month in light of increased inflation. As The 19th previously reported, this year inflation reached a 30-year high. In March — just three months after the expanded child tax credit expired — prices rose 8.5 percent compared to last year. Women, especially women of color, are disproportionately impacted by inflation because they are more likely to work in low-wage industries and serve as primary caregivers.

“What I found from talking with different families is that this child tax credit helped them bridge the gap with some of those basic needs: making sure food was in the house, making sure utilities stayed on,” Burnett told The 19th.

Bovell-Ammon and Burnett both note that the expanded child tax credit was not perfect. Families with immigrant parents were disproportionately less likely to receive payments and about one million children were not able to qualify because they did not have social security numbers. Still, they believe that safety net policies like the expanded child tax credit should be strengthened, not stripped away.

In the aftermath of the midterm election in which voters — especially Black women voters — cited economic issues as a key concern as they headed to the polls, advocates continue to call on Congress to work to reinstate the credit by the end of the year.

“This is an extremely popular policy that has helped millions of families and supported our entire country’s economic recovery — it proved that we can tackle big challenges like poverty and hunger if we put the needs of working families first,” Rep. Katherine Clark, a Massachusetts Democrat, said in an interview with The 19th.

Clark is one of several Democrats calling for a restoration of the child tax credit expansion. Last month, dozens of members of the New Democrat Coalition — the largest coalition in the House — signed a letter urging congressional leadership to prioritize reinstating the credit during an end of year deal. Earlier this month, 58 members of Congress signed on to a letter urging congressional leaders not to consider corporate tax breaks unless additional relief for families is passed — specifically citing the need to extend the expanded child tax credit and also the earned income tax credit.

“We must be laser focused on ensuring we continue our work to show that Democrats can deliver for children and families before the end of the year by extending two of the Biden era’s most effective programs for reducing poverty and helping families meet their basic needs,” the letter reads.

But it is just one item on Democratic lawmakers’ lists, which include passing a new debt ceiling, a military budget, funding for pandemic aid and support for Ukraine. 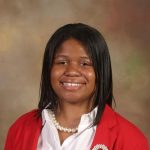 Rebekah Barber is an editorial fellow at The 19th. Most recently, she wrote about racial justice, democracy and history for the Institute for Southern Studies. She was previously at Red Letter Christians and the Southern Poverty Law Center. She is a graduate of North Carolina Central University and Duke University.