High-Quality Early Childhood Education for All Children: A Doable Dream 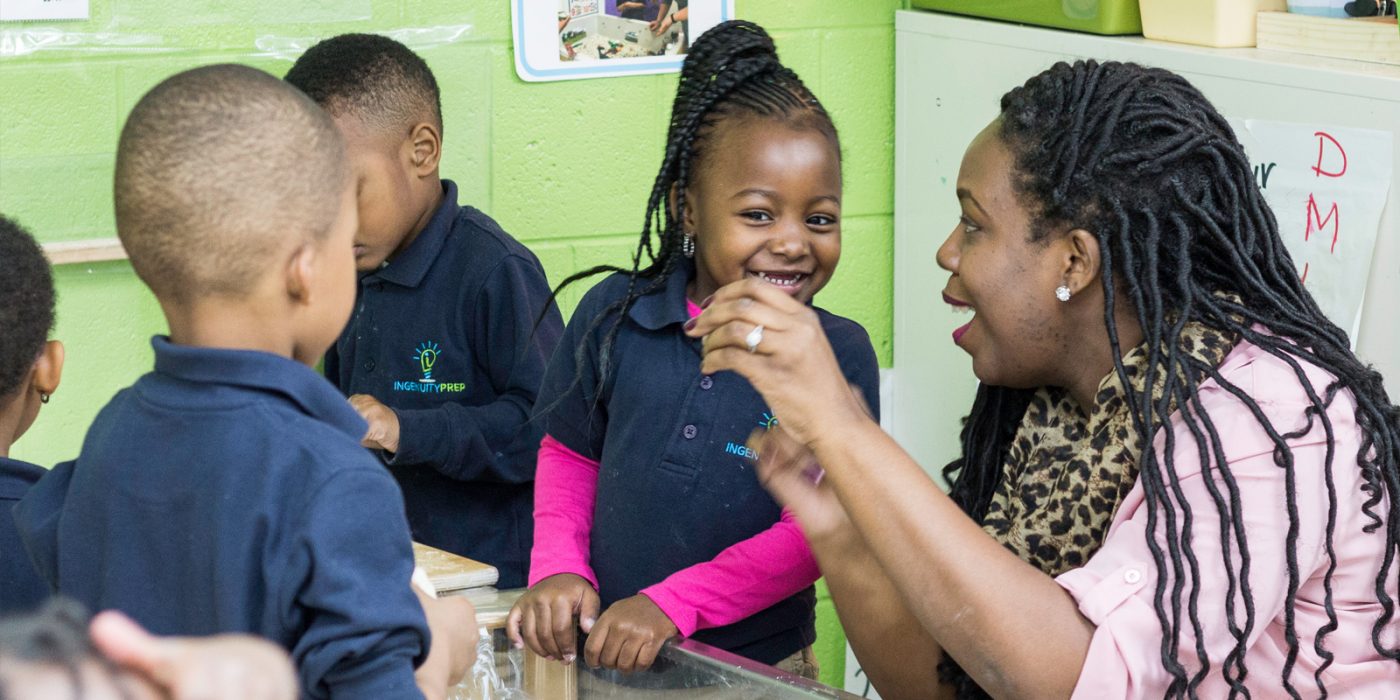 Two decades of neuroscience research have irrefutably proven that the most profound period in a child’s life is the time from zero to 5, when the baby’s brain is developing the language skills and executive function that will enable that little human to thrive and learn throughout their lifetime. Research shows that 90 percent of a child’s brain develops before they start kindergarten, and that positive, stable relationships with caregivers throughout their early years prepare the child to do better in school and in life.

Given the importance of this time in a child’s life, it stands to reason that the people charged with caring for and educating children in this crucial stage would be revered and rewarded for their essential contribution to the human future.

Rhian Allvin has devoted her career to bridging that canyon between value and daily reality. As chief executive officer of the National Association for the Education of Young Children, she steers the nation’s largest professional organization for early childhood educators. NAEYC works to improve access to early education for all the nation’s children from birth through age 8, as well as the professional standing of those who deliver it.

“They want to stay in the profession, but our policies, systems and compensation structures would have you believe they’re babysitters. As a society, we create market conditions that discourage them from staying in the profession.”

To address both sides of the equation, NAEYC has created two forward-facing strategic priorities. First is the Advancing Equity Initiative that reflects the organization’s mission to create equitable learning opportunities for young children, which Allvin says is not only a worthy idea, but a professional obligation for all early childhood educators. To be able to act on that obligation, educators must be supported by the settings in which they work, and in their wider communities. NAEYC’s Advancing Equity in Early Childhood Education position statement offers a blueprint for administrators, educators, policymakers and community members in working to eliminate structural inequities that limit access and opportunity for children.

“This position statement was two years in the making,” Allvin says. “More than 150 organizations have endorsed the statement and we have worked really hard to have it be more than words on paper, to integrate it in all we do. It influences the articles we write in our journal, the books we’ve published and how we design professional development and our training programs. Practitioners say they have begun to think differently about their role as an early childhood educator, and system leaders are now examining what systems we’ve put in place or inherited that advantage for some children and disadvantage others.”

Fundamental to the work of advancing equity, Allvin says, is for every individual to go through the process of examining their own biases, beliefs, values and cultural perspectives. Throughout the creation of the position statement, committee members, researchers and the work group all were participating in the practice of listening to experts and examining their own thinking.

“For me personally, going through this process has influenced how I think about everything,” she says. “Not only professionally or with NAEYC, but it affects how I observe interactions at the grocery store and how I think about experiences my kids have at school. Once you begin seeing the world through the ‘equity lens,’ it creates the possibility of profound, personal change.”

The second priority for NAEYC is its Unifying Framework for the Early Childhood Education Profession, released in early March. Again, it is a consensus document reflecting the multi-year work of 15 national organizations, now established as Power to the Profession, a national collaboration to advance a unified, diverse, equitable and effective profession for early childhood educators. More than 6,000 surveys were completed through events in 47 states; and 175 focus groups conducted outreach with more than 3,400 people, intentionally engaging educators of color, Spanish speakers and rural educators in 12 states, Washington D.C. and Puerto Rico. More than 11,000 educators and others provided feedback on drafts of the Unifying Framework—a process that practically defines “inclusive.” One goal of Power to the Profession is to promote professional standards and competencies in a deeply fragmented field, where standards vary widely and often are not honored state to state.

“For educators to understand what they need to know and be and do, the credentials they need and what they can expect to be paid varies by state, by the different age you serve, the type of program you’re in and whether you’re in a private or public program,” Allvin says. “Unlike in nursing where, if you see that someone is an RN (Registered Nurse), you know that, whether that person is working at a Trauma One hospital in Nebraska or a community health center in Boston, that nurse was prepared in the same way. Their credential means that they went through a specific training and reached certain profession-wide standards.

“That isn’t true with early childhood educators. Every state makes up its own system, and that’s not helpful for families or educators. If I’m a qualified educator in one state and my spouse is transferred for work to another, it very well could be that I have to start from scratch again, because my credentialing won’t apply.”

The vision of Power to the Profession is to drive the “significant and sustained public investment” that will allow all children to benefit from high quality early childhood education provided by professionals who are well-prepared, diverse, supported and compensated. Inherent in that aim is the training of an existing workforce and recruitment of new educators into a profession that honors them. The science is also at work here, Allvin says.

In 2015, the National Research Council and Institute of Medicine Committee on Integrating the Science of Early Childhood Development published From Neurons to Neighborhoods: The Science of Early Childhood Development, which not only explained brain development in early childhood, but emphasized the importance of having trained educators able to understand and work to foster the complexity of language, math, reasoning and problem-solving. That report laid the foundation for people in the field to ask the important questions of how to create policy and a system that acknowledges and supports the profession.

It might not sound like an easy sell for a public increasingly wary of taxes and expenditures, but Allvin says that one of NAEYC’s survey findings is that voters revere early childhood educators in the same light as firefighters and nurses. As for how to translate that support into actual physical resources, Allvin is uniquely suited provide that guidance.

Arizona’s First Things First, where she was CEO prior to NAEYC, took the issue of creating a revenue stream for early childhood education to the state’s voters. The organization crafted a ballot initiative that voters overwhelmingly voted to support by taxing themselves. Accomplishing that feat took thoughtful strategy, having the right people at the table—people who were influencers and those who could raise money (not always the same individuals), as well as people who knew early education and could write the language. The Arizona project involved attorneys and political strategists and people with the negotiating skills to guide both groups through sometimes choppy waters.

“At the end of the day,” she says, “if we’re going to have a system at scale where all parents are afforded the opportunity for their children to be in high-quality early learning, that can’t happen without enormous systems change.”

Based on experience, she knows it’s doable.