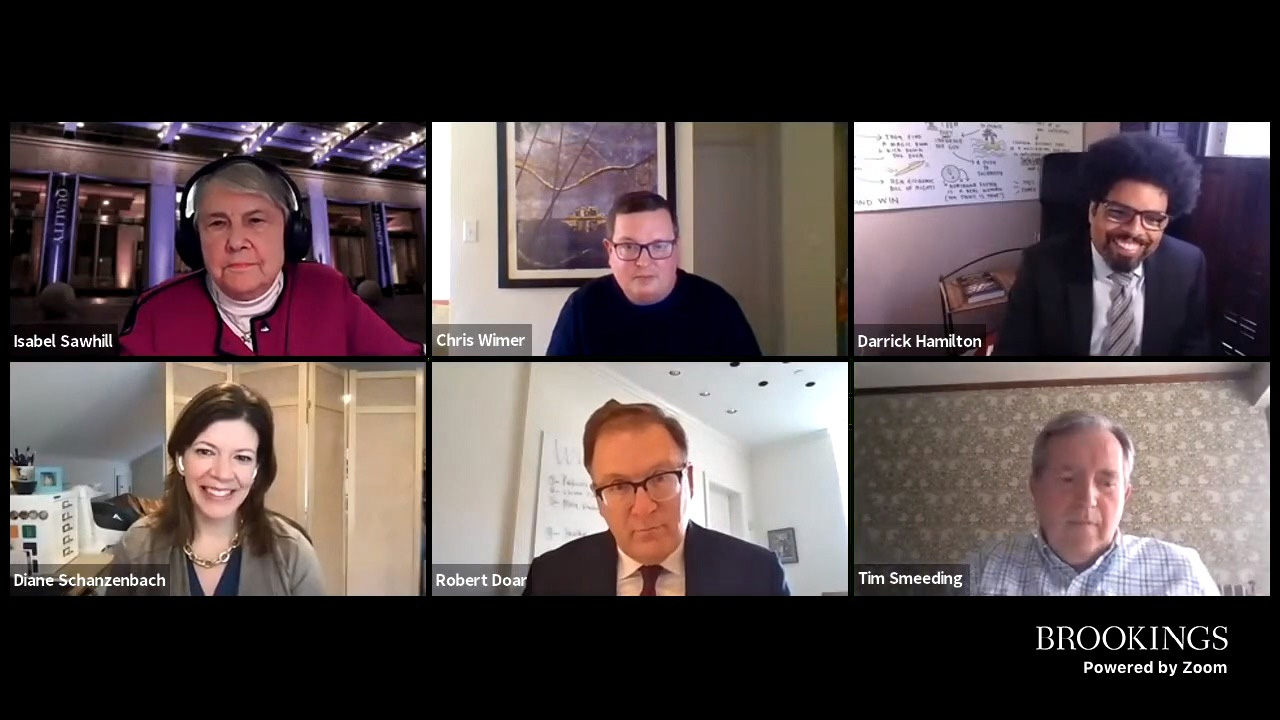 On January 14, Princeton University and the Brookings Institution hosted an event highlighting the latest release of their soon-to-sunset journal Future of Children, entitled Three Trimesters to Three Years: Promoting Early Development. This edition covers topics such as maternal and environmental influences on perinatal development, instability from birth to age three, family income and more.

In light of the journal sunsetting after over 17 years, the editorial team and other contributors shared their reflections, an overview of the journal and its accompanying policy brief. Isabel Sawhill, Senior Fellow at Brookings, moderated the discussion among the following panelists.

Below are our top three takeaways from the presentation.

“Paid maternity leave results in fewer premature births, increased on-time vaccination and reduced diagnoses of ADHD [attention deficit hyperactivity disorder] among school-aged children,” Aizer said, “The lack of access to paid leave to care for family members in an emergency this past year has harmed both family outcomes and economic recovery efforts.”

2. Income support is essential. For families with little savings and no income source other than employment, a loss of a job or work hours can trigger loss of child care, housing and health insurance. The absence of money can potentially compromise important child development processes and outcomes. Wimer said, “From the family stress perspective, it can compromise parent mental health, increase stress and increase harsh parenting.”

A Roadmap to Reducing Child Poverty proposes to improve stability and support young children through the crisis and beyond. Smeeding explained, “Both the Future policy brief and The National Academy Report push for more subsidized child care, extending the child tax credit to all families to be paid monthly and a higher earned income tax credit (EITC).” Hamilton said, “If we want to, we could reduce the work requirement of EITC and literally eliminate poverty and expand the EITC phaseout all the way up to middle income, so as to lift more families up to middle class.”

👉 Read more: From Research to Reality: A Funder Conversation about Policy

3. Stability promotes healthy development. Editor Anna Aizer said, “Poverty is the main determinant of instability in a young child’s life.” Before the pandemic, 17 percent of young children were living in poverty.

After acknowledging the pandemic and the emergency situation that we must respond to, Doar said, “I do have some concern of taking this situation and using it to develop big, significant, long-term changes that we will live with after we’re passed the pandemic.” He added, “I’m not comfortable with a big increase in the tax credit that isn’t explicitly attached to work,” citing concerns of long-term diminishing returns for families and the labor force. “I want to be in a place where we’re reducing child poverty, and I think that requires a combination of employment and assistance.”

While parents are working, it is key that they have access to high-quality child care. The pandemic has been devastating to the whole industry’s infrastructure. While diagnosing the damage and advocating for rebuilding, Schanzenbach said, “Keeping the role of caregiving along with economic resources for young children front and center is key.”

👉 Read more: The Long-Term Damage of Child Hunger—and What We Can Do to Prevent It