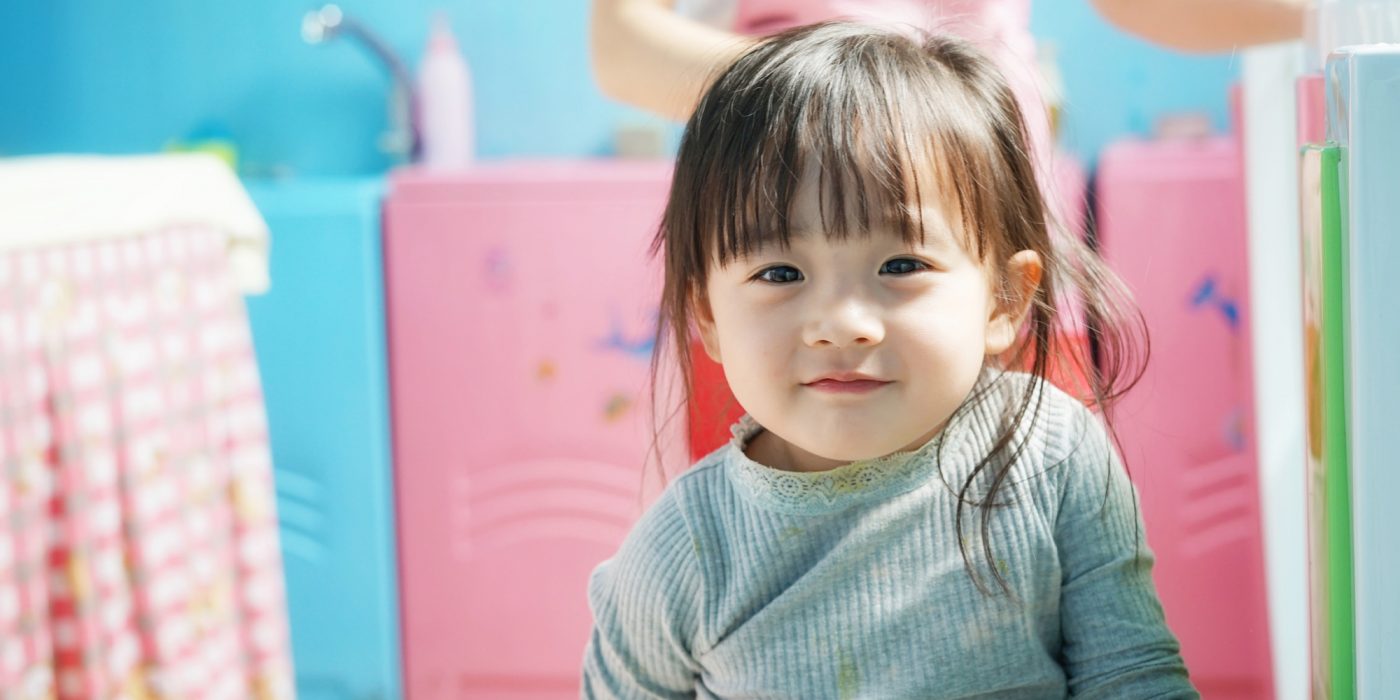 Photo by 东旭 王 on Unsplash

Does putting young children in a preschool setting harm them? Opponents of publicly funded child care and early education have touted a new study out of Tennessee as proof that, yes, public preschool is bad for kids. But there are many reasons why Tennessee’s program may have had adverse effects—and that make it a big outlier. On the whole, the evidence points to important academic and behavioral gains to be achieved from public preschool, so long as it’s designed and run well.

The recent study from Tennessee followed 2,990 students who either did or did not attend the state’s voluntary pre-K program in 2009 and 2010 through the end of sixth grade in a randomized control study, comparing children who were randomly selected to attend to those who applied but didn’t get in, a high quality way to assess the impacts of policy. It found that children who were randomly assigned to the pre-K program ended up with lower test scores, more disciplinary problems, lower attendance and more referrals to special education by the end of sixth grade. It corroborated earlier findings from the same team that used a different, less robust way to measure outcomes and found that positive initial impacts of attending the pre-K program faded out by first grade and turned “slightly negative” by fourth.

While the study design for the Tennessee program is robust, there are others that have used the same method and come to completely opposite conclusions.

The findings are clearly alarming for the parents of children who attended the state’s preschool program. But experts warn that inferring larger lessons about preschool as a whole—that it’s bad for children and leads to harmful effects later in life—makes no sense. “There are no other programs for which we found this pattern of results,” pointed out W. Steven Barnett, co-director and founder of the National Institute for Early Education Research. “This is unique.”

So why did researchers find such harmful effects in Tennessee? First and foremost, it just doesn’t appear to be a very high-quality program. In a 2015 article, the author of the study herself said the state didn’t have “a coherent vision” and left teachers “to their own devices” to develop a pre-K program on their own. The program frequently fails to meet all the basic benchmarks of quality set by the National Institute for Early Education Research, and in 2014 85 percent of observed classrooms were found to be less than good quality. Eleven scored below minimum quality. In a recent analysis of studies done on American pre-K programs, Tennessee showed some of the smallest initial positive effects on young kids.

Quality may have improved since the program was studied. Lawmakers passed legislation in 2016 specifically to increase it, and the state now allocates funding to providers based on quality and has partnered with outside evaluators to measure how it’s doing.

But Tennessee also simply spends far less on its program than other states with public preschool. In 2009 it spent $4,524 per child, an amount that hasn’t budged much over the years. New Jersey, which runs a preschool program in 31 high-poverty districts that has been found to have academic benefits for children who attend that don’t fade out over time, spends around $14,000 per child.

The problem with making sweeping judgments about whether attending preschool is good or bad from Tennessee’s study is that we don’t know for sure why there were negative effects.

Barnett noted that while children who attended Tennessee’s pre-K program had better test scores initially in Kindergarten, more of them were put into special education. “Why would they do that?” he said. “That suggests there’s some kind of selection in what schools do with the children that’s based on whether they went to pre-K.” Given that the program isn’t universal, and is only targeted at at-risk children, it’s possible that teachers “use pre-K as a marker,” Barnett said, and end up discriminating against those children, whether consciously or not, by assuming they have lower skills, which puts them on a failing track from the start. Conversely, if teachers are under pressure to maintain high test scores among their students, they may focus more on helping children coming in without preschool experience, assuming that they have more catching up to do, resulting in teachers ignoring the pre-K graduates.

Another possibility, he said, is that the parents of the children who applied but didn’t get into the program—the control group in the study—end up feeling a need to compensate for it and put in more effort to nurturing and supporting their children’s academics. Or, perhaps, the preschool programs are enriching, but are so different than the rest of school—which might be more rigid and strict—that it’s too much culture shock for the preschool kids when they enter school and they end up turned off from it.

One of the study’s authors has posited that the problem lies in the teaching in Tennessee’s program being too didactic and rigid, full of worksheets and lectures, instead of play-based and child-centered. But if that were true, Barnett asked, “you have to ask why you don’t see it in other places, in other studies.”

“The only way to figure this is out is to study it,” Barnett said, rather than “just guessing or letting our biases dictate what the answer is.”

In the meantime, there are plenty other studies that help point to reasons why Tennessee’s program didn’t deliver the benefits others did. Those other programs tend to have more funding, have higher quality, and, importantly, are universal, open to all children no matter their backgrounds. In general, Tennessee appears to be a huge outlier in the entire body of research.

While the study design for the Tennessee program is robust, there are others that have used the same method and come to completely opposite conclusions. A recent study that examined a public preschool program in Boston, which used the same randomization as in the Tennessee study and followed students even further into their lives, found few educational impacts between the early years and high school years—although it did find better disciplinary outcomes in that intervening time—but found that children who attended the public preschool program were more likely to graduate high school, take the SAT and score in the top quartile. They were also more likely to enroll in college as well as to graduate.

But Boston’s program looks very different than Tennessee’s. It’s universal, staffed by teachers who have to meet the same requirements as those in later grades, and are ranked as very high quality.

Another recent study out of Indiana found that its pre-K voucher program led to students being better prepared for Kindergarten and scoring slightly higher on tests. Students who attended Georgia’s public pre-K program were found to be as much as twice as likely to meet academic standards in grades fourth through seventh. There have also been positive impacts found from programs in New Jersey, North Carolina and Tulsa, Oklahoma.

Head Start, which provides early childhood education to low-income families, has been found to have long-term benefits for children who attend.

Quality does matter. But, Barnett said, “Even the mediocre programs…do not harm children.”

The meta-analysis of American pre-K programs that found Tennessee among those with the smallest initial effects still had a clear takeaway after reviewing the available experimental and quasi-experimental research: it found “large positive effects” of public pre-K programs on test scores. An older study from 2007 of programs in Michigan, New Jersey, Oklahoma, South Carolina and West Virginia found that they all had positive effects on children’s cognitive skills, although the magnitude varied from state to state. Yet another that looked at 15 studies of public preschool programs found mostly positive effects.

We don’t just have our experience in the United States to look at, either. A recent review of robust studies of preschool programs in Europe found that high-quality, universal preschool benefits disadvantaged children. More advantaged children didn’t necessarily benefit the same way, but preschool didn’t harm them.

Of course, not all preschool programs are created equal. Besides variation in quality, there’s also variation in design. Tennessee’s program is targeted, aimed only at low-income and otherwise disadvantaged children. But there’s evidence that universal programs are much more effective. One study found that universal preschool programs generate “substantial” test score gains, and the gains for means-tested ones are smaller. That study found that universal programs benefit low-income children without much impact on higher-income ones. Still, those higher-income families may also benefit in important ways, such as “helping them through an economically stressful period of life,” noted Aaron Sojourner, associate professor at the University of Minnesota who has studied early childhood education. “Families with young children struggle under a dual burden of care and earning, and we ask the most of families when they have the least.”

“The Tennessee story adds an important piece of evidence to a much larger set of evidence, but people are training it like it’s the only evidence we have,” Sojourner said. “It’s not new, the idea that there’s different states, different programs, different quality levels, different populations served… I don’t know why we would expect they would all produce the same effects.”

“The body of evidence suggests that high-quality pre-K that’s universal tends to have positive effects on kids’ development,” he added.