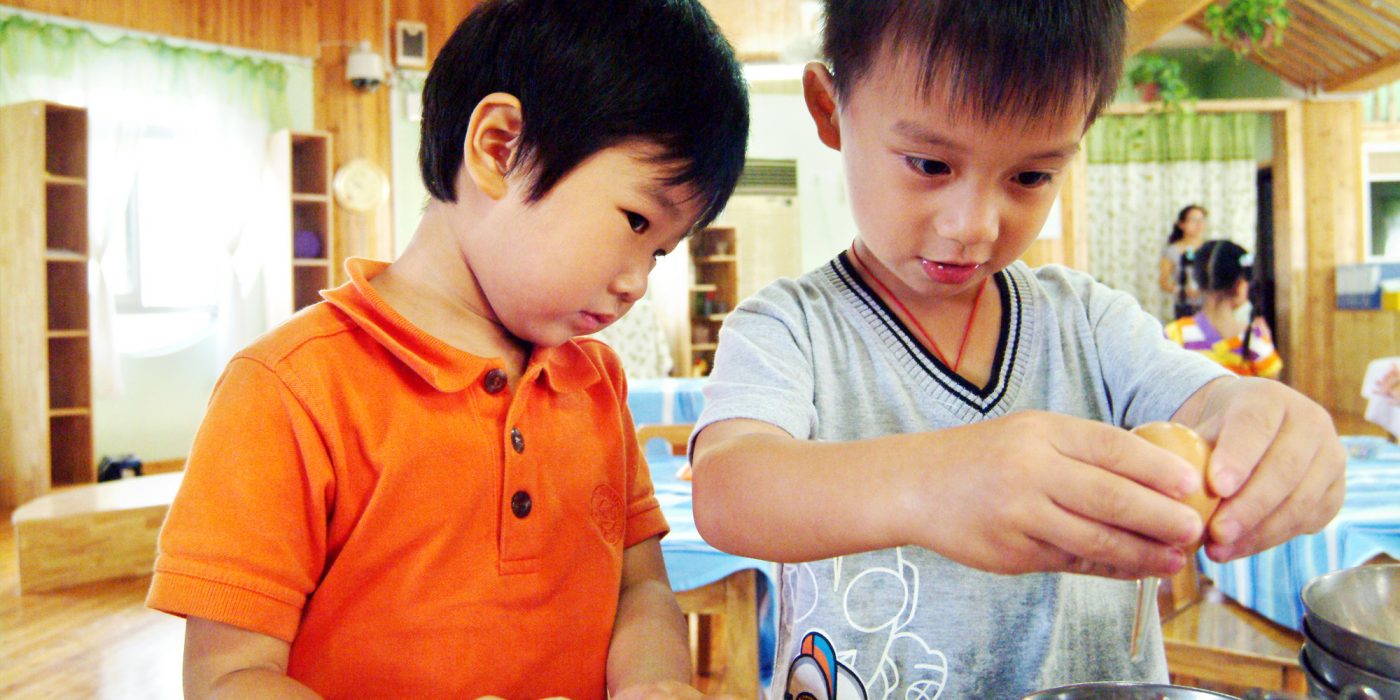 Photo courtesy of the archives of the Association Montessori Internationale.

Founded in the early 20th century by the Italian physician and education iconoclast Maria Montessori, the teaching method that bears her name has taken root all over the United States and around the world. The history of its proliferation and multi-pronged institutional dissemination has fostered a degree of confusion and myths about the founder’s intentions and how the method is practiced. “People use the word Montessori without knowing what they mean,” says Dr. Angeline Lillard, professor of psychology at the University of Virginia and author of Montessori: The Science Behind the Genius.

👉 Read Part I: From Italy to the World

Lynne Lawrence, Executive Director of Association Montessori Internationale, adds, “The reason there are so many myths is that the real answer always lies somewhere in the middle, in the nuance. And because there are so many nuances, it’s very easy for people to go in one direction or another.”

Here are six Montessori myths—and the reality, as set forth by experts I spoke to.

1. Myth: The Montessori Method Is Rigid (or, alternatively, Montessori is Anarchy). When parents gather on the playground or on a listserv, two of the most common opinions that arise are, curiously, in direct opposition to one another.

She adds: “When children know what to expect in their learning environments, they feel safe to explore and make their own choices. The structure and routine in the Montessori classroom is in service of the child’s freedom of choice and movement.”

2. Myth: Montessori Forbids Imagination. As with a lot of myths, this one has a grain of truth to it. In Spontaneous Activity in Education (1916), Maria Montessori writes,

The true basis of the imagination is reality, and its perception is related to exactness of observation, it is necessary to prepare children to perceive the things in their environment exactly, in order to secure for them the material required by the imagination… The fancy which exaggerates and invents coarsely does not put the child on the right road.

As Rita Kramer adds in her biography: “She does not mean to banish fantasy—the symbols of poetry, the imaginative flights of the fairy tale—from the child’s life, but only from school, where, as she has defined the function of the school, it has no business.” Lawrence notes, “Children don’t just live in our schools, right? They have homes with laptop computers and phones.”

Even in the classroom, however, imagination that feeds creativity is encouraged and valid; it’s just when children get carried away in fantasy (what Montessori called ‘fancy’), they might need to be gently brought back to reality. “Would we do it punitively?” asks Lawrence. “No, of course not. We would say, ‘I can see how this block looks like a train. Can I show you something else that we can do with it?’” She further clarifies, “If a child is taking what they’ve learned and producing their own thoughts and ideas, that’s creative. Essentially, the children’s imaginations take off from having building blocks.”

In her research, Lillard has found that most children tend to prefer using real cooking utensils to make real food over make-believe meal preparation, and in that sense, “Montessori is kind of the first manifestation of playful learning.” She adds that Montessori-trained educators learn to pay close attention to children’s fantasy play, saying, “When children are engaging in a lot of fantasy, they may be expressing a need or some unfulfilled desire.”

👉 Do Montessori Schools Discourage Children from Using their Imaginations?

3. Myth: Montessori is too expensive. Even if it does work in some settings, argue some of Montessori’s detractors, it can’t work at scale because it costs too much money per pupil. In fact, over 500 public Montessori schools in the United States show that it can be executed with a standard public school budget.

Petty argues, “It’s a myth that in order to ‘do Montessori right’ you need branded materials from expensive catalogs or subscription services.” By debunking this myth, she says, the field can better center the core principles of Montessori. The international Montessori efforts implemented by Educateurs sans Frontières show that these principles can work in even the most inhospitable circumstances.

Ellen Roche, chief media & philanthropy officer with Trust for Learning, adds, “It’s ironic that most people think of Montessori as something that private school children have access to, when the entire philosophy was guided by observation and work with very poor children in Italy.” At the same time, Petty contends, “As it exists today, Montessori is often out of reach for those who cannot afford high tuition costs.” Part III of this series will address efforts to make the method more accessible.

4. Myth: Montessori doesn’t do sports. While traditional competitive sports are de-emphasized, Lawrence maintains that health and movement have always been vital aspects of the model. “It’s not about winning at all costs or people yelling at you from the sidelines.”

The object, she says, should be to develop children’s talents and to work in teams—not to win a game. “From our point of view,” she says, “if you’re good with your left foot [in soccer], then just think if you practice with your right. And if you are really a great player, then why don’t you take the role of the referee for a while?”

👉 Are Competitive Sports Essential to Survival in this World?

5. Myth: There’s no evidence that Montessori works. Lillard points to a large and growing body of research that supports the Montessori model for all ages and across populations. “The data speak,” she says, “I go with whatever the data tell us.

A few studies worth noting:

The research continues, within and beyond the Montessori universe.

6. Myth: Everything is Montessori now. Given the sheer number of Montessori schools, on top of those that profess to offer a Montessori-inspired curriculum, it’s tempting to think the Montessori revolution is complete.

Lillard disagrees, saying, “Our whole model of education in this country is still based on this Cartesian input output model, which we know now is not how the brain works. There are so many things about education today that don’t correspond to how we know children learn and how we know the brain works. Montessori is an alternative that actually does correspond to brain science.”

Unless and until young learners are allowed to and encouraged to direct their own education, experts say, the Montessori revolution remains incomplete.