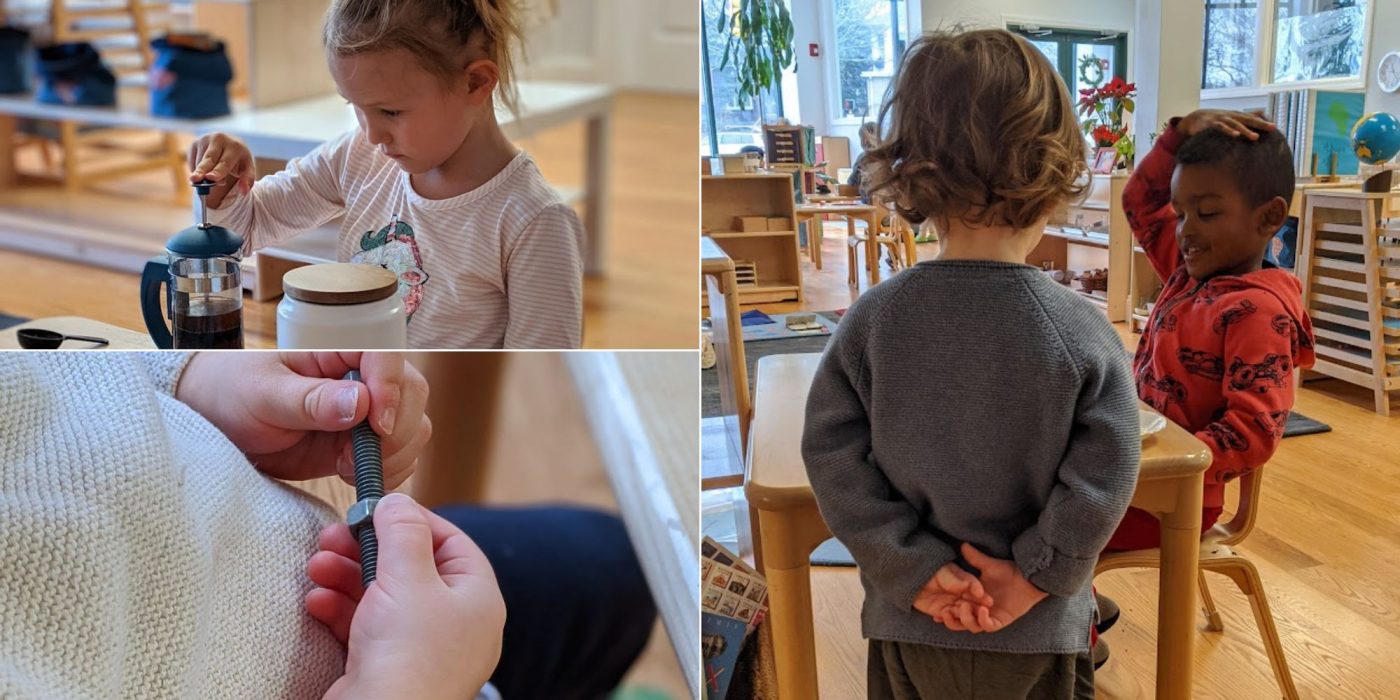 Check out Part 1 and Part 2 of this series.

The Montessori method arose across the Atlantic and more than a century ago. How is it rising to the challenges set in motion by the global pandemic and national reckoning over racism? A new generation of Montessori leaders is infusing the approach with a heavier dose of equity.

Since this can be a slippery concept, for our purposes, let’s use this articulation from New America: “To approach education through the lens of equity is to acknowledge the disenfranchisement and discrimination faced by children, families and teachers, and to create schools and systems that eradicate barriers to success, empower children and families, and inspire a more just society.”

Here are some insights I gained from Montessori experts and practitioners I spoke with about equity.

• Montessori Originated During a Social Crisis. Major disruptions have a way of compelling societies to seek new answers. The cause of educating the masses took on added urgency at the end of the 19th century after Italian anarchists assassinated King Umberto I of Italy, Spanish Prime Minister Antonio Cánovas del Castillo and Empress Elisabeth of Austria—in separate incidents but in rapid succession.

Newspapers demanded, “What are we teaching in our schools? Are we educating killers?” Maria Montessori gave a speech to the National Congress of Italian Educators and, as educator Larry Schaefer writes, “transformed a national disaster into a civic opportunity that inspired the nation.”

Perhaps this history lesson says something about our own time. Trust for Learning’s Ellen Roche points out that the Reggio Emilia Approach and the Waldorf Schools similarly sprung from social crisis.

• Maria Montessori’s Example Continues to Inspire Today’s Leaders. Casa dei Bambini, the very first Montessori school, welcomed children living in tenement housing in Rome and embraced a new approach that built upon the work of Édouard Séguin and others who studied ways of teaching those with intellectual disabilities. According to Ayize Sabater, executive director of AMI/USA and cofounder of the Black Montessori Education Fund (BMEF), “Montessori used her medical background, particularly observation and experimentation, to design materials and methods that would enable those children to advance in their human development.”

More important than her credentials, however, were her ideals. Sabater cites her advocacy for women’s rights and the rights of the child, especially evident in her fiery 1951 speech before the UNESCO Institute of Education:

“Remember that people do not start at the age of 20, at 10 or at 6, but at birth. In your efforts at solving problems, do not forget that children and young people make up a vast population, a population without rights which is being crucified on school benches everywhere, which—for all that we talk about democracy, freedom and human rights—is enslaved by a school order, by intellectual rules which we impose on it.”

“She was shouting from the rooftops!” Sabater says. “She verbally dragged these people over hot coals for not upholding the rights of the child! For me, applying these ideals today to racial justice seems like a natural extension of that speech.”

• Montessori is in the Same Boat as the Rest of the Field. As with most other sectors of our economy, early education in the United States has undergone one shock after another in the past three years. Montessori early-learning practitioners face the same challenges that other educators face: insufficient funding, inequitable distribution of assets, families in crisis and an overburdened, underpaid workforce.

Robust public investment can help, says recent Saul Zaentz Fellow Charlotte Petty. “Montessori pedagogy in the U.S.,” she elaborates, “has become a mostly privatized experience available to highly resourced families, which is far from its original vision and population.” She cites the work of Yale University’s Mira Debs, Montessori for Social Justice and City Garden Montessori in St. Louis as demonstrations of “the power and reach that Montessori can have when accessibility and racial justice are woven into the fabric of how the method is carried out.”

👉Using Montessori to Break the Cycle of Poverty

• Montessori Thrives in a Range of Settings. Montessori education exists in private centers, public and charter schools—even homes. Sabater is a founding group member for Shining Stars Montessori Academy, a public charter school in Washington, D.C. and says the public sector is a critical area of focus for Montessori’s growth, particularly if the approach hopes to serve children from all backgrounds.

Roche concurs: “Organizations like National Center for Montessori in the Public Sector and Montessori Public Policy Initiative are working to overcome policy barriers and to expand Montessori’s presence in publicly funded programs.”

Marion Geiger, cofounder with Séverine B. Meunier of Capucine Montessori School in Cambridge, Mass., credits the Cambridge Office of Early Childhood (formerly Birth to 3rd Grade Partnership) for its flexible funding structure. Her school belongs to the Wildflower network, founded in 2014 by Sep Kamvar, a professor at MIT’s Media Lab.

According to Geiger, Montessori teachers start every Wildflower school. “They’re purposefully small micro-schools,” she explains, “so that we can manage doing the administrative piece as well as serve families and children.”

• Montessori’s Insights Anticipated Contemporary Brain Science. Education researchers continue to find parallels to Montessori’s vision in today’s classrooms. According to a recent paper out of Ireland’s Maynooth University, for example, “Her work is even more relevant today in the context of adversity and trauma research, and that her methods, principles and approaches may be harnessed and used in ways that promote trauma-informed practice in contemporary education settings.”

Geiger grew up in Brazil, where her mother currently trains Montessori teachers. “I didn’t always think I’d follow in her footsteps,” she reflects, “but the more I learned, the more I realized it was what I was looking for.” During her Saul Zaentz fellowship at the Harvard Graduate School of Education, she found that while the program was not necessarily promoting the method, the research confirmed its validity. Geiger notes that when Montessori is done right, it encompasses such best practices as responsive relationships, sensory exploration of your environment, scientific observation of the child, mastery-based progression, and developing autonomy and executive function skills. Earlier this year, a synthesis of more than 400 developmental studies came to the same conclusion: Montessori is based on key principles of ideal early learning environments for young children.”

Geiger says her perspective on adapting Montessori for the present moment is:
“If you are going to make a change, be thoughtful about it. Everything Maria Montessori created was in response to observations. And so I don’t think, if she were here today, she would say, ‘Don’t change anything.’ She’d say, ‘The world has changed, and we need to be responsive to the community that we’re serving’.”

👉 Discover Montessori on Wheels (Denver)—“an incubator of opportunities where children and adults create their own space of learning” (and don’t fast forward past the song at the beginning).

Check out Part 1 and Part 2 of this series.