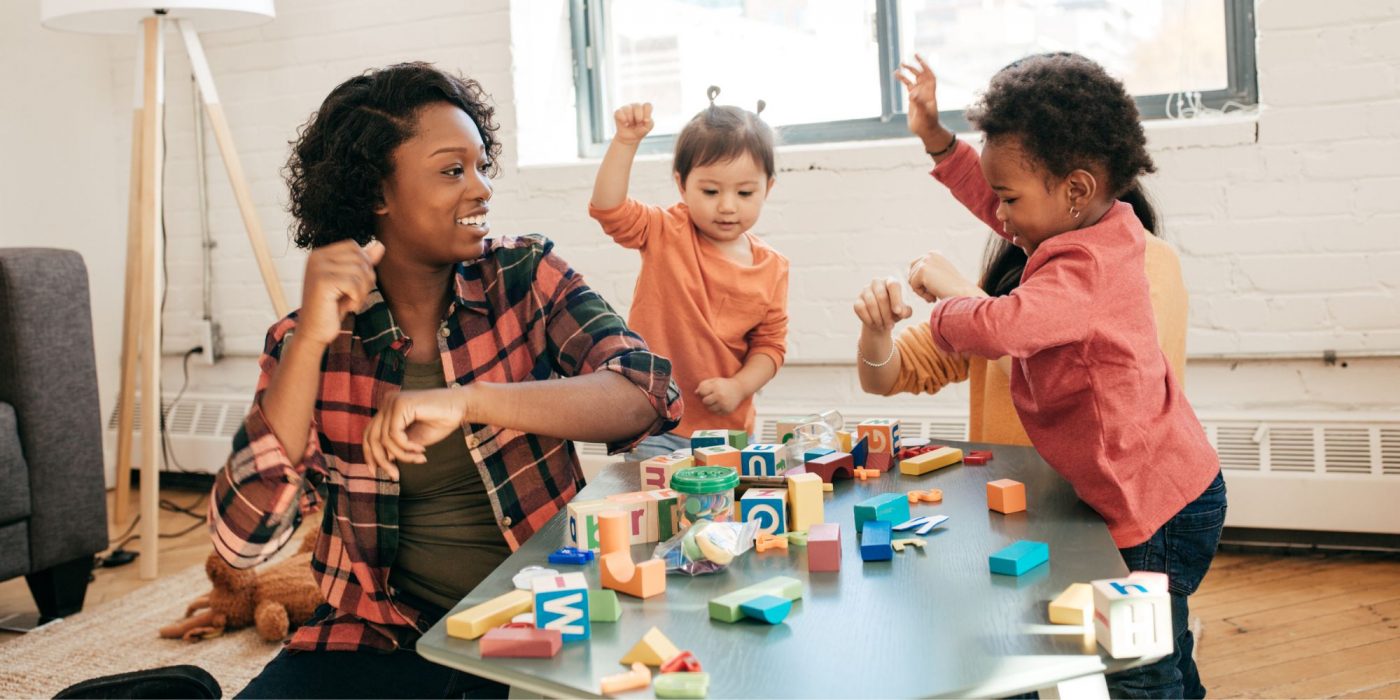 A national survey conducted by the Bipartisan Policy Center in 2021 found that of the 31% of working-parent households that use center-based care, the majority used a faith-based child care center. The Center for Public Justice (CPJ) recently partnered with DataWise Consulting to ask Michigan-based providers about their concerns and priorities, and this past September, CPJ resident fellow Rachel Anderson coauthored a report summarizing their findings. She also hosted a webinar with Mina Hong, director of the Start Early Consulting Team; Travis Grulke; superintendent of schools for the Michigan District, Lutheran Church—Missouri Synod; and Dr. Nkechy Ezeh, CEO Early Learning Neighborhood Collaborative, Grand Rapids.

CPJ focused on Michigan, where 70% of adults identify as Christian, about the same as the rest of the country, according to the Pew Research Center. Anderson cautioned me that it isn’t clear how representative the state is and noted that the licensing of faith-based providers and data collected about this type of provider vary widely across states. CPJ is initiating several more state surveys.

Anderson and I discussed the state of faith-based child care.

How has faith-based care weathered the pandemic?

Providers are experiencing economic pressures that are similar to those experienced throughout the child care field. Every faith-based provider that our research team interviewed—from center directors to home-based providers—named staffing or job quality as a major challenge. They are worried about recruiting and retaining enough child care workers and being able to pay adequately. At the same time, providers are reluctant to raise fees or tuition for families, recognizing that most families cannot afford to pay more for child care than they already pay.

Are the economic pressures just as intense as in the rest of the sector?

My sense, from speaking with both faith-based and secular child care leaders, is that both believe the other is experiencing better financial circumstances. In reality, the majority of child care providers are, more or less, in the same boat. Both faith-based and secular providers would benefit from structural interventions that stabilize funding for infrastructure and staff.

Which populations and regions are most likely to use faith-based care?
Faith-based child care is selected by families for a variety of reasons. For some families, finding child care that matches the family’s religious tradition is a priority. In other instances, faith-based centers are known institutions in the community that generate a sense of connection and trust with families.

Why do you think policymakers sometimes overlook faith-based care?
Intuitively, many families and those in the child care sector know that religious institutions are involved in child care and preschool. Its prevalence is such that it may almost be taken for granted. At the same time, the diversity of religious practices and approaches within the sector make it difficult for policymakers to take faith-based providers into account.

“Honoring the Christian tradition while still being respectful of other faith traditions, [Big Steps Little Feet, a non-denominational faith-based preschool and child care center in Ada, Mich.] teaches a faith-based curriculum with an emphasis on forgiveness, love, and kindness. While other faith traditions and religions are accepted at Big Steps, the emphasis on Christian faith is communicated to parents upon enrollment—even still, the center has students of Muslim, Hindu and other traditions.” [Read more]

“Honoring the Christian tradition while still being respectful of other faith traditions, [Big Steps Little Feet, a non-denominational faith-based preschool and child care center in Ada, Mich.] teaches a faith-based curriculum with an emphasis on forgiveness, love, and kindness. While other faith traditions and religions are accepted at Big Steps, the emphasis on Christian faith is communicated to parents upon enrollment—even still, the center has students of Muslim, Hindu and other traditions.” (Read more)

Ann Arbor’s Early Childhood Center of the Jewish Community Center “integrates Jewish ideas, traditions, holidays and sacred stories into its curriculum and daily operations in a way that reinforces moral principles shared by many people, while maintaining a connection to and sense of gratitude for Jewish culture and history.” (Read more)

“One of her [Jennifer Dissmore, St. John Vianney Catholic School, Wyoming, Mich.] favorite parts of her job is bringing the children to mass and showing them the faith as well. While faith is obviously a big part of Jennifer’s life and the life of the school, the entire curriculum is not faith-based. They follow a creative curriculum and incorporate faith through small groups, Bible teachings and mass. Additionally, one of the Pre-K teachers, Sister Theresa, helps incorporate faith into the childrens’ learning.” (Read more)

Why do parents opt for faith-based settings?

In recent years, a host of other topics have taken center stage in child care policy: the economic benefits of child care, its impact on parents’ workforce attachment and the measurement of child care quality. All of these are important discussions but they sometimes flatten out the texture and diversity of the child care landscape and overlook less tangible and perhaps less-well researched components of child care such as spirituality, belonging and trust.

What are some differences between the way different faith groups approach child care?
Many of the providers with whom our research team spoke expressed that a sense of calling and mission brought them to work in child care. Our research focused on those who self-identified as faith-based; we do not have a control group with which to compare. Many feel a calling to child care work. Faith affiliation gives providers a specific language and moral tradition in which to talk about it.

The report emphasizes the sense of community belonging fostered by faith-based care. In what ways is this quality more important than ever in 2022?
As communities recover from the pandemic, there is absolutely a need to reconnect with and revive the kinds of institutions that help create belonging. Faith-based and religious institutions are certainly among those. The pandemic has also prompted many people to reflect on their relationship to work, the meaningfulness of work and what expectations are appropriate for those who work. I hope that these considerations extend to the child care field as well.

What are your hopes for 2023 and beyond?

The faith-based providers with whom we spoke expressed a tension that many providers may feel: being called to an important kind of work while also struggling to make that work financially sustainable. As one provider noted, “You have to love your job to work in daycare. It is very strenuous, physically demanding and emotionally exhausting. It is well worth it, but it is tiring.”

It’s a good thing when those who do early education work have a deep intrinsic motivation. But I’m also hopeful that the pandemic has brought us to a place where those who are motivated to do good work can be fairly paid and protected from burnout.