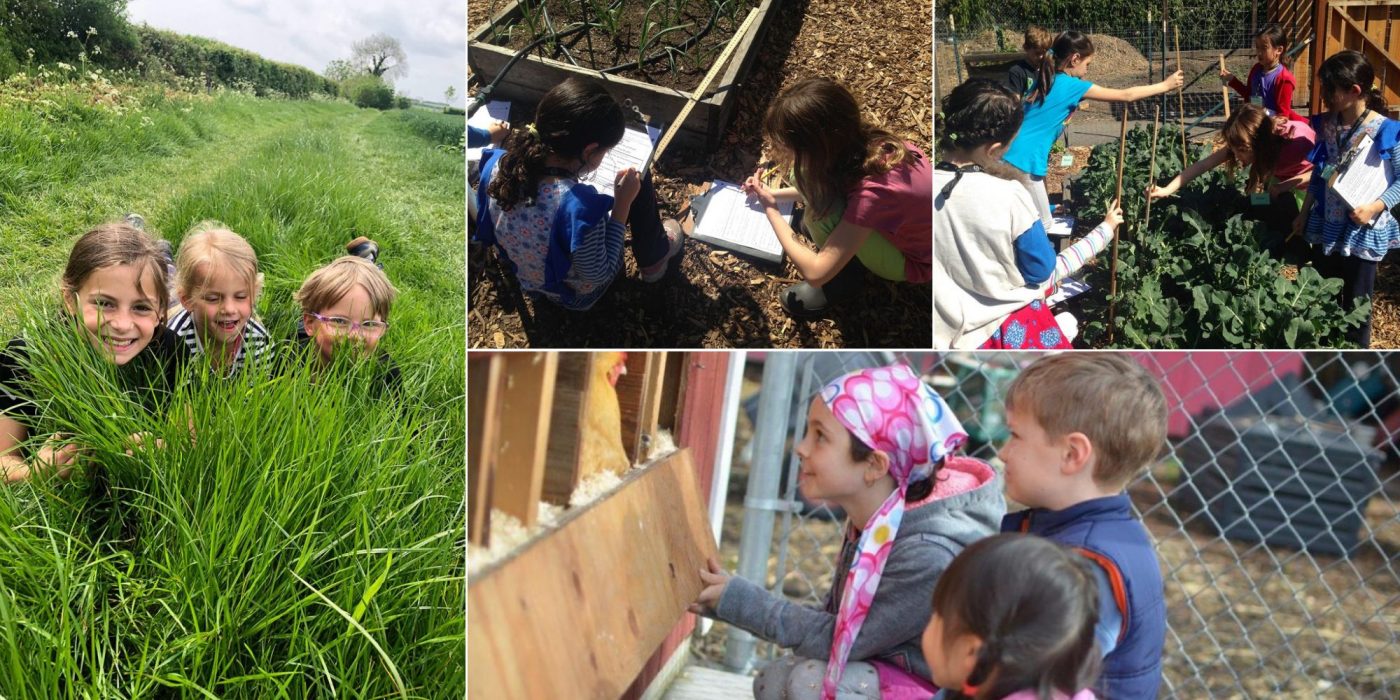 One thought comes immediately to mind when looking at Stanford University researchers’ systematic review of 66 studies on the value of early childhood environmental education: This took a lot of coffee.

“I know, I know,” says research associate Alison Bowers with a laugh. Bowers and Stanford associate professor Nicole Ardoin conducted the in-depth review of literature on early childhood environmental education (EE), The Benefits of EE and Nature Connections in Early Childhood, in partnership with the North American Association for Environmental Education (NAAEE). “It took coffee both to understand the material and sometimes just to get through it. Some of the papers can be a bit dry.”

Anyone in the early childhood field looking for affirmation of what they’ve known all along—namely that environmental education improves learning outcomes broadly, not limited to “the environment”—will thank the researchers for their service. For evidence-based appeals to funders, administrators and politicians, the exhaustive review is worth whatever caffeine jitters the researchers might have experienced.

The review details environmental education’s many benefits to young learners, from social and emotional learning and improved physical development to improvements in math, science, language and literacy, in addition to more direct improvements to outcomes in environmental literacy. The mission of environmental literacy is to grow children’s knowledge and awareness while building the attitudes and skills to help them become adults who are vested in the future and in taking care of the earth.

It’s hard to ask people to help save the planet if “the planet” is an abstract concept. Observing the unfurling of a fiddlehead fern or a chick pecking its way through its shell, grounds children in a direct relationship with the natural world. The study used a broad definition of early childhood environmental education (ECEE) to encompass various aspects of children’s knowledge of the natural world. In all, the researchers’ analysis of the 66 studies found more than 150 pedagogical practices associated with effective ECEE programs that the team coded into nine categories including time in nature; free play; social interaction; observing nature; and having time to reflect, think and observe, among others. A range of types of engagement was included, from hiking outdoors and playing with natural materials, planting trees and recycling, to creating drawings and participating in guided in-class discussions.

“Before we started the review, we had done the preliminary searching and didn’t turn up a ton of research,” Bowers says. “So, we thought, ‘Oh, this is going to be a very small review.’ Then the more we got into it, the more we realized that a lot of people are really looking into this, not just at environmental education, but examining it for myriad other benefits. We were impressed to see this, especially the connection to emotional and affective development.

“What always amazes me is the diversity in environmental education programs. It’s not some cookie-cutter program of just teaching children the basics of ecology. Even with these little children we’ve seen how much you can talk about acting on behalf of the environment without being scary or causing anxiety. The children are capable at a really early age of understanding and taking action.”

The early childhood review is one of four research areas—with three more on the way—produced by NAAEE’s eeWORKS program, a project created to demonstrate evidence-based outcomes of environmental education. NAAEE has partnered with Stanford University, the University of California Davis, and the University of Florida to conduct comprehensive research reviews for areas identified by educators, environmental organizations, policymakers and funders, and found in published literature. The two interest areas that emerged early in the research were one focused on K-12 students and another looking at the effect of environmental education on conservation efforts and environmental quality. Each required analysis of more than 100 peer-reviewed journal articles, searching for terms like “conservation education,” “gardening,” “daycare,” “early childhood,” “forest kindergarten,” and dozens of other important terms for all seven research areas.

That’s a lot of keyword searches.

“I can’t tell you how many searches,” Bowers says. “It’s both an art and a science to come up with the right keywords. For early childhood, we worked with librarians and a subject specialist to help us understand young children. Because we researched on an international scale, we needed to know the terms to look for in other countries.

“The medical field has been doing systematic reviews like this since the early 1900s. Pre-internet? I can’t imagine.”

According to Drew Burnett, a senior advisor under contract with NAAEE, environmental education has been generating increasing interest since the 1993 launch of NAAEE’s National Project for Excellence and Environmental Education, an initiative focused on setting standards for high-quality programing. The project, sponsored by the Forest Service, an agency of the U.S. Department of Agriculture, established guidelines for developing balanced, scientifically accurate, comprehensive programs to help develop “an environmentally literate citizenry” able to compete in the global economy and make well-informed choices as responsible members of a community.

“Practitioners can use six different sets of guidelines to support their EE programming to demonstrate what research says about the impacts of environmental ed,” Burnett says. A group of educational organizations, nonprofits and governmental agencies convened in 2016 to identify “outcome areas,” the specific areas addressed and collaborations taking place around EE.

Out of that convocation, eeWorks was born under the rubric, “From Anecdotes to Evidence: Diving into the Research Review Process” to systematically research priorities and—better yet—produce communication tools that translate the academese into useful language for educators and advocates needing evidence-based backup. The field is full of powerful anecdotes about EE’s value: These systematic reviews provide the empirical evidence to back them up. The areas are:

The full executive summary and key findings for each area are available on the eeWorks area of the NAAEE website and available to any educator or advocate wanting to use them.

Burnett points out that polling by NAAEE, the National Environmental Education Foundation and others, consistently finds that people are interested in environmental education and think it should be taught more. It’s an issue that enjoys bipartisan support but one that has unfortunately been politicized in recent years. Some of the research finds that framing the issue as conservation or natural resources or other terminology can take the finger off the hot button.

“The next phase of the project is to drill down to specific groups within each of these outcome areas and begin informing these sectors about the field of environmental education and how it can help them achieve their outcomes,” Burnett says. “For example, for conservation we’ll be hitting up big land management agencies and private sector funding groups that are interested in conservation, like the World Wildlife Fund or the National Wildlife Federation.

“We want to help influence the way they’re directing policy development and funding decisions so that environmental ed can get more attention.”

Time to brew a few more pots of coffee.