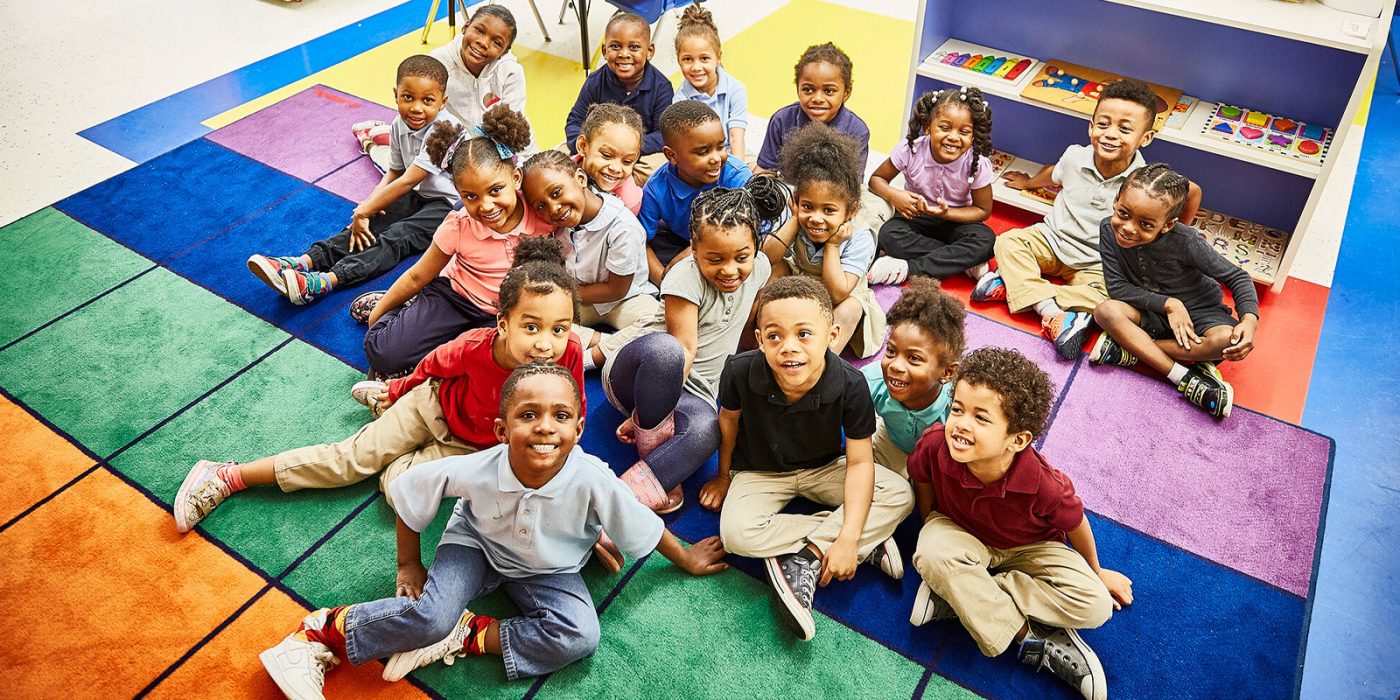 On Election Day, voters in St. Louis, Missouri, didn’t just overwhelmingly vote for Joe Biden to be president, bucking the trend in much of their red state. They also voted overwhelmingly to create the city’s first public source of funding for education and care for children ages zero to five. The passage of Proposition R will increase the city’s property tax by 6 cents in order to raise $2.3 million a year in early childhood education investment.

Here’s how it was achieved. The effort to secure the funding began years ago. In 2016, Missouri voters defeated a statewide ballot measure that would have raised tobacco taxes to, in part, fund early childhood education. Gloria Nolan, campaign coordinator for YES on R, attributes the failure to a lack of grassroots support and well-funded opposition. So advocates instead turned their focus to the county and city levels.

These were the keys to success: “Build strong coalitions. Talk to the people. Knock doors, talk to voters. And if you’re considering a ballot measure of your own? I would say do it. Be bold.” — Gloria Nolan, campaign coordinator for YES on R
In 2017, a group that included early childhood providers was convened to carry out a child care needs assessment for St. Louis. It resulted in a report released last year finding that just 57 percent of families with children ages zero to five can find a child care slot in their neighborhood that meets quality requirements. The landscape is even starker for low-income families who qualify for subsidies: only 45 percent of those families can find any spot, and just 19 percent can get one at a quality provider. Nolan’s organization also conducted a survey of over 1,000 community members about their priorities, and funding for early childhood education, as well as increasing access to it, rose to the top of the list.

“When you take a look at…the zero to three age range for our kiddos, they’re not being served,” Nolan said. “But children are not born at the age of three.” Together, the report and the survey became the launching point for policy change. A coalition was formed not just between early childhood advocates, but providers, teachers, parents and even seemingly unrelated partners like healthcare advocates concerned about the health impact of low-quality early care. “It was a community effort,” said Dr. Albert Sanders, a Pre-K teacher and a Tomorrow Builders Fellow at the nonprofit WEPOWER.

The coalition aimed to get two ballot measures in front of voters, one at the county level and one at the city level. But the pandemic hit right in the middle of signature gathering for the county measure, and advocates weren’t able to get it on the ballot. So all attention turned to the city measure, which eventually became Proposition R.

Rather than get the measure on the ballot through signature gathering, the coalition pressed the Board of Aldermen to vote to put it on the ballot directly. Members talked individually with the aldermen to explain why it was an important issue. They also had a key supporter in Alderman Shameem C. Hubbard, herself a mother of elementary school-aged children who had seen the city’s education system firsthand, and who rallied her colleagues to support the measure. In the end, the aldermen voted unanimously to put it on the ballot. “They don’t often all vote one way on any issue,” Nolan noted. “So that was a pretty big deal.”

Then, of course, came the work of educating and convincing voters to make sure they voted yes—all in the middle of a pandemic. The broad outreach included:

Between phone banking and door knocking, they contacted over 21,000 voters. The combination of the varied outreach measures led to success. “We had planted so many seeds in the minds of people that I think it helped push the measure forward,” Collins said.

“When people talk about education, they usually think about K-12, they didn’t really give a lot of thought to Pre-K,” Collins added. So the coalition’s efforts “helped change the mental model that people have about early childhood and the importance of it.”

Proposition R is not only an important source of funding for the city’s early childhood education system—it will be the first and, so far, only, public source. That was news to a lot of voters.

“A lot of people didn’t really realize how the system is paid for,” Nolan said. “They thought we’re already funding [early childhood education].” But as in much of the rest of the country, early childhood care and education is funded almost entirely by parent fees. Nolan went so far as to do math on the phone with voters to explain how much the new tax might cost them and why that amount of money was worth an investment in early child care.

These were the keys to success: “Build strong coalitions,” Nolan advised. “Talk to the people. Knock doors, talk to voters.”

And if you’re considering a ballot measure of your own? “I would say do it. Be bold,” Nolan said.

In the end, Proposition R passed with a 13-point margin. That result “overwhelmed me with joy,” Nolan said.

The money will have a huge impact on early care providers in the city. “It’s going to create space for us to improve our quality of care,” Collins said. She noted that providers like her already operate on “razor thin” margins, leaving little room to make improvements. But now there will be funding to invest in raising standards and helping providers achieve them. That, in turn, will be a boon to those they serve. “It’s not going to just impact children, but the families and community at large,” she said.

But the coalition isn’t done fighting yet. They have their eyes set on trying to again get a measure approved in the county, and after that to push statewide legislation so that “every county—rural, suburban, urban—will be impacted by an investment in early childhood education,” Nolan said.

“I’m excited about our win, but the money secured through this measure is not nearly enough to cover what we actually need,” she said. “There’s more work to be done.”

“Like a Dream Become Reality”: Multnomah’s Preschool for All Effort Showcases Parent Power