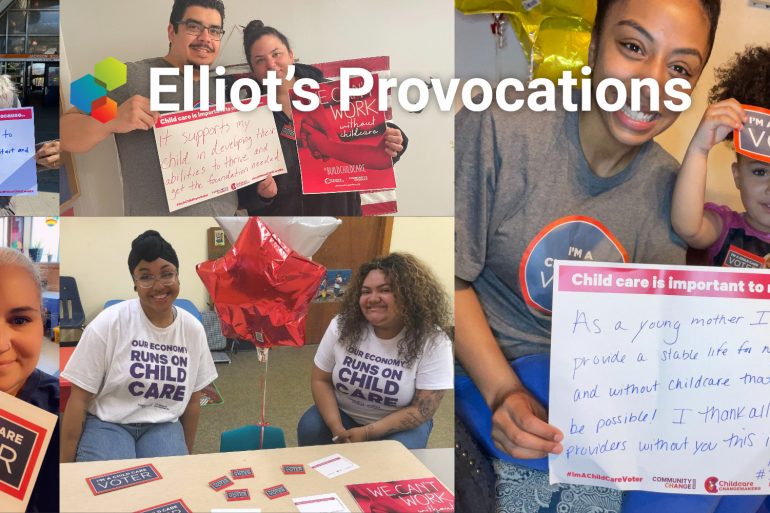 The Child Care Sector Starts to Flex Its Muscles

Elliot Haspel·May 17, 2022·4 min read
Child care has traditionally been a politically quiet sector. I don’t mean there hasn’t been resolute advocacy, but that has largely (though certainly not entirely) happened behind the scenes -- at least in the U.S. there isn’t a long history of major public actions such as protests and strikes.
Read More 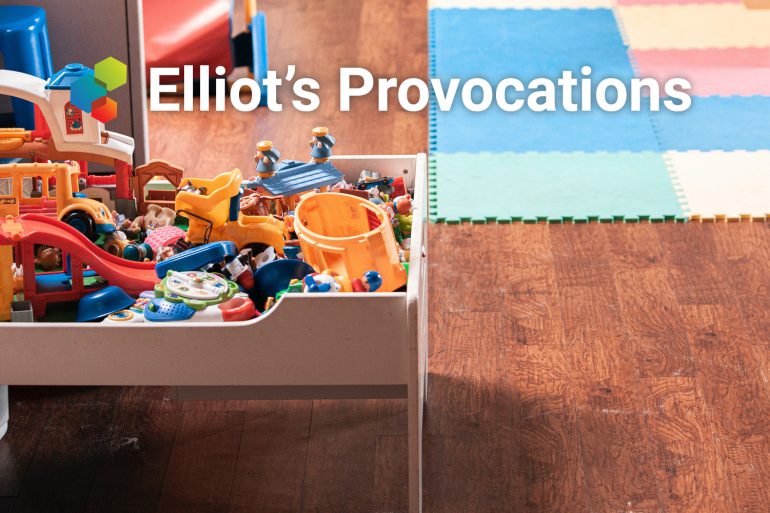 Elliot Haspel·April 6, 2022·5 min read
The phrase “corporate child care” has always struck me as a bad joke, something that belongs more in a Boss Baby movie than as a substantial part of the U.S. child care landscape.
Read More 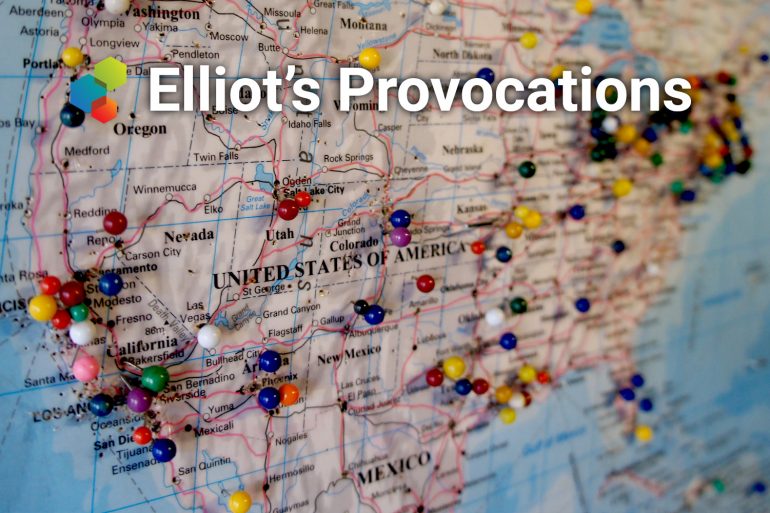 States, Time to Step Up on Child Care

Elliot Haspel·March 1, 2022·8 min read
Elliot’s Provocations unpacks current events in the early learning world and explores how we can chart a path to a...
Read More 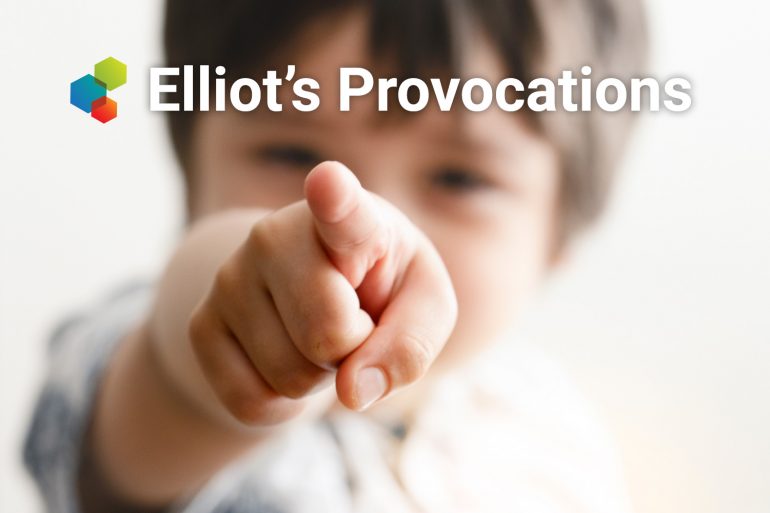 Elliot Haspel·February 4, 2022·4 min read
Some companies are responding to the child care crisis in a somewhat predictable way: they’re looking after their own. Stories have been emerging about a proliferation of on-site child care programs; an NPR article a few weeks ago noted that
Read More 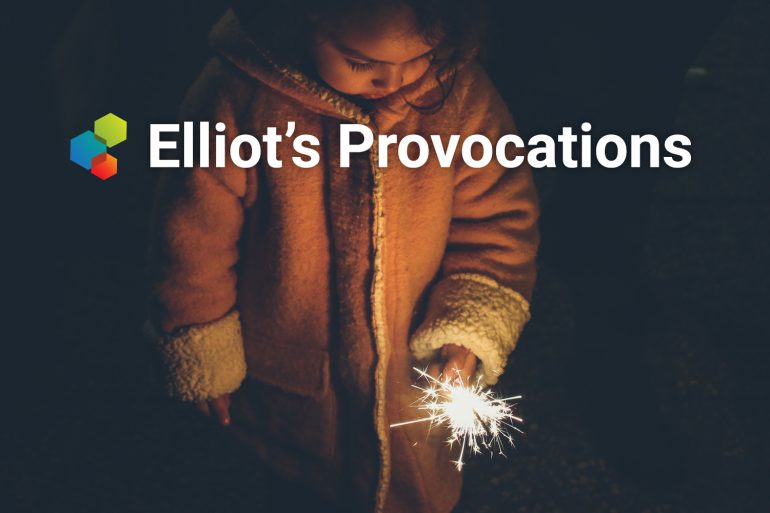 Elliot Haspel·January 4, 2022·7 min read
2021 was a momentous year for early childhood care & education. The field suffered blow after blow from COVID and then a knock-on staffing crisis; received nearly $50 billion in rescue funds to temporarily patch the gaping leaks; and is ending the year on the precipice of receiving enough public funds through the Build Back Better Act to finally become a stable and healthy sector.
Read More 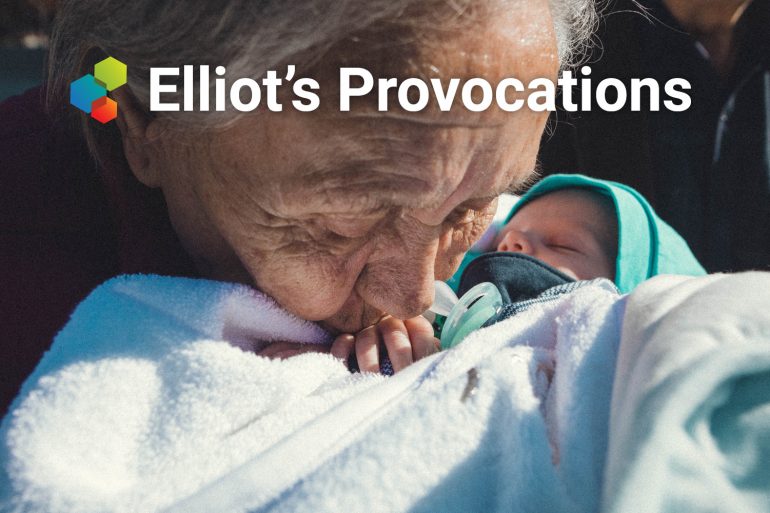 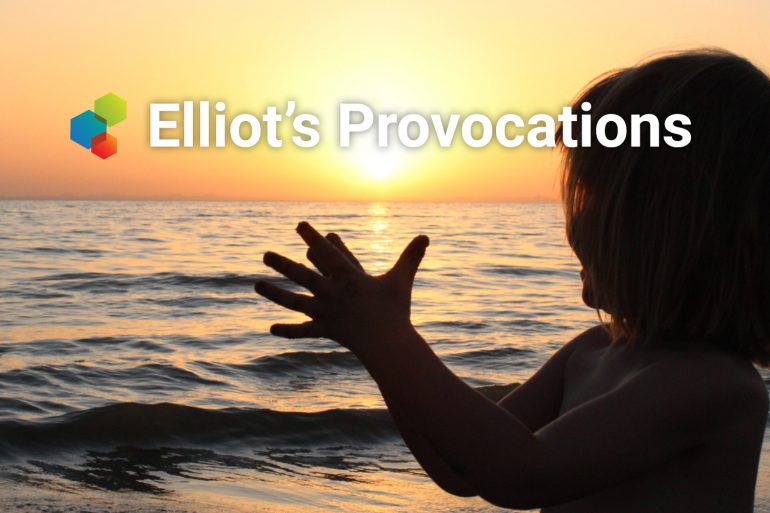 Principles for Implementing the Build Back Better Bill

Elliot Haspel·November 3, 2021·4 min read
It feels bizarre to be writing these words, but the U.S. stands on the verge of a real early learning system.
Read More 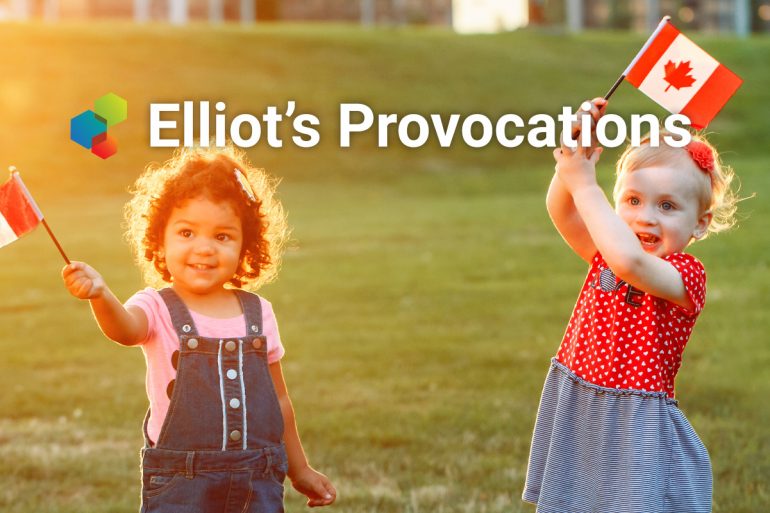 Elliot Haspel·October 1, 2021·4 min read
While the U.S. is busy debating whether or not to finally invest in our failing child care system, Canada is busy doing it.
Read More 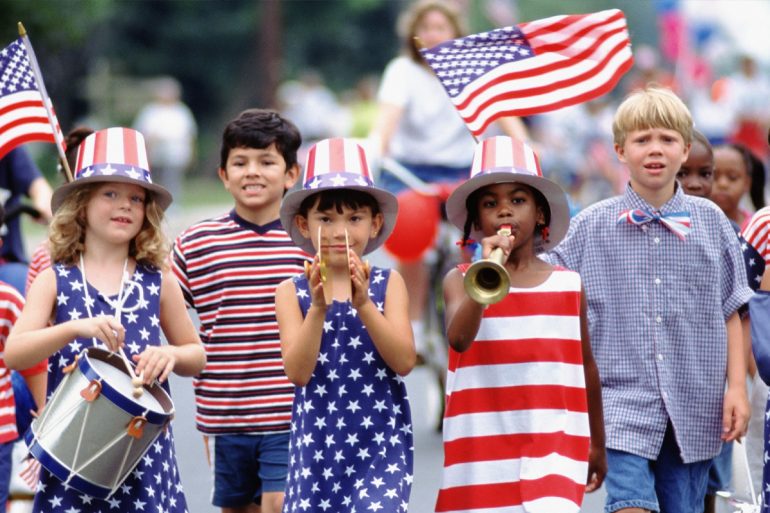 Elliot Haspel·September 1, 2021·5 min read
Welcome to the first edition of my new monthly column, “Elliot’s Provocations.” The goal of this column is to unpack...
Read More
No More Content
Go Back To Homepage