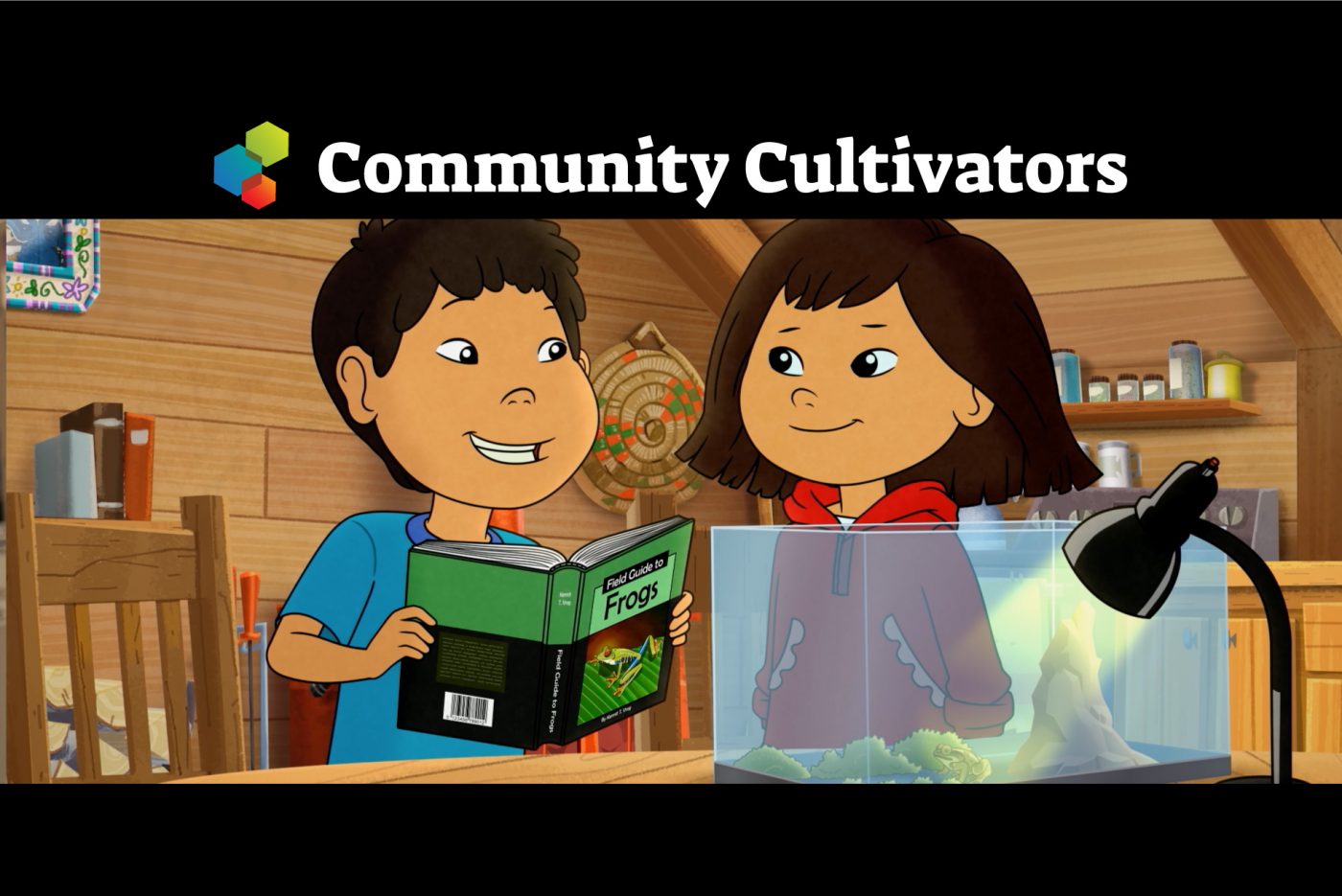 So far, the Community Cultivator series has highlighted the accomplishments and perspectives of an inventor, a columnist, a filmmaker or two, an entrepreneur, a children’s advocate and more. Ten-year-old Molly Mabray is not only our youngest Community Cultivator to date (runner-up: Mya-Rose “Bird Girl” Craig, 18), she’s also the first… fictional character.

She may not be real, but she’s really incredible. Molly possesses the talent and drive of the others in the series—and then some.

“I love little kids,” says the star and namesake of PBS’s animated series “Molly of Denali,” upon hearing about Early Learning Nation. “In fact, I used to be one!”

Each episode finds Molly and her friends exploring nature, science and Alaska Native culture in and around the Trading Post run by Molly’s parents. Grandpa Nat, Auntie Midge and other characters provide patient guidance and Indigenous knowledge. A vlog narrated by Molly is a part of many episodes and each story is followed by a live-action segment with real-life children asking questions and learning more about the themes presented in the animated portion. “That’s my favorite part,” Molly says, “Because I want people to understand what life is really like here. For instance, we don’t all live in igloos.”

Molly brought along a few friends for our conversation: Dorothea Gillim (Executive Producer), Princess Daazhraii Johnson, (Creative Producer) and Sovereign Bill, an actor of Tlingit and Muckleshoot descent who gives Molly her voice.

Gillim, creator of PBS’s smash hit WordGirl, says that ten-year-old girls make for ideal protagonists of animated series aimed at four-to-eight-year-olds. “They are aspirational figures,” she explains. “They grasp abstract ideas, but they can also be playful and silly.”

“She has curiosity,” adds Johnson, who belongs to the Neets’aii Gwich’in people. “And she’s rewarded for being a problem-solver.”

👉 Read more: PBS’s “Molly of Denali” a Hit with Kids and Parents

Both Gillim and Johnson emphasized how much Sovereign has done to bring Molly to life. The 16-year-old actor, who lives outside Seattle, says it’s important for her that the show brings out stories and topics not always taught in school. “Native people haven’t always been represented accurately in the media,” she says. “Or represented enough.”

Over the summer, the Peabody Awards recognized “Molly of Denali” for celebrating Alaska Native traditions and values.

The series premiere traced the story of Grandpa Nat’s childhood experience in boarding school, where Native language and music was forbidden. “Our culture was taken away,” Sovereign summarizes. Subsequent episodes have addressed climate change and other issues not usually associated with children’s television programming. Johnson anticipates programming that confronts racism.

“I’m not afraid to speak out,” Molly asserts. “I may be just ten, but I’ve learned a lot, and I have a lot to share.”

Sovereign predicts that the show will continue to address climate change. “Native people respect the Earth, and we’re taught to take care of it,” she says. The show’s animators capture Alaska’s natural beauty, though she contends that the state’s actual mountains and forests greatly exceed the lush drawings.

“Molly of Denali” isn’t all about pressing issues of the day. It has plenty of mischief and gentle jokes, too. “A lot of teasing goes on in our culture,” says Johnson. Pairing the serious and the silly is a way of “respecting the emotional intelligence of our audience.”

Gillim notes that PBS’s “Arthur,” which has been on the air for two decades, paved the way for how children’s programming could address sensitive topics—including divorce, gender norms, immigrant rights and autism.