For Children and the Climate, the Future Is Now 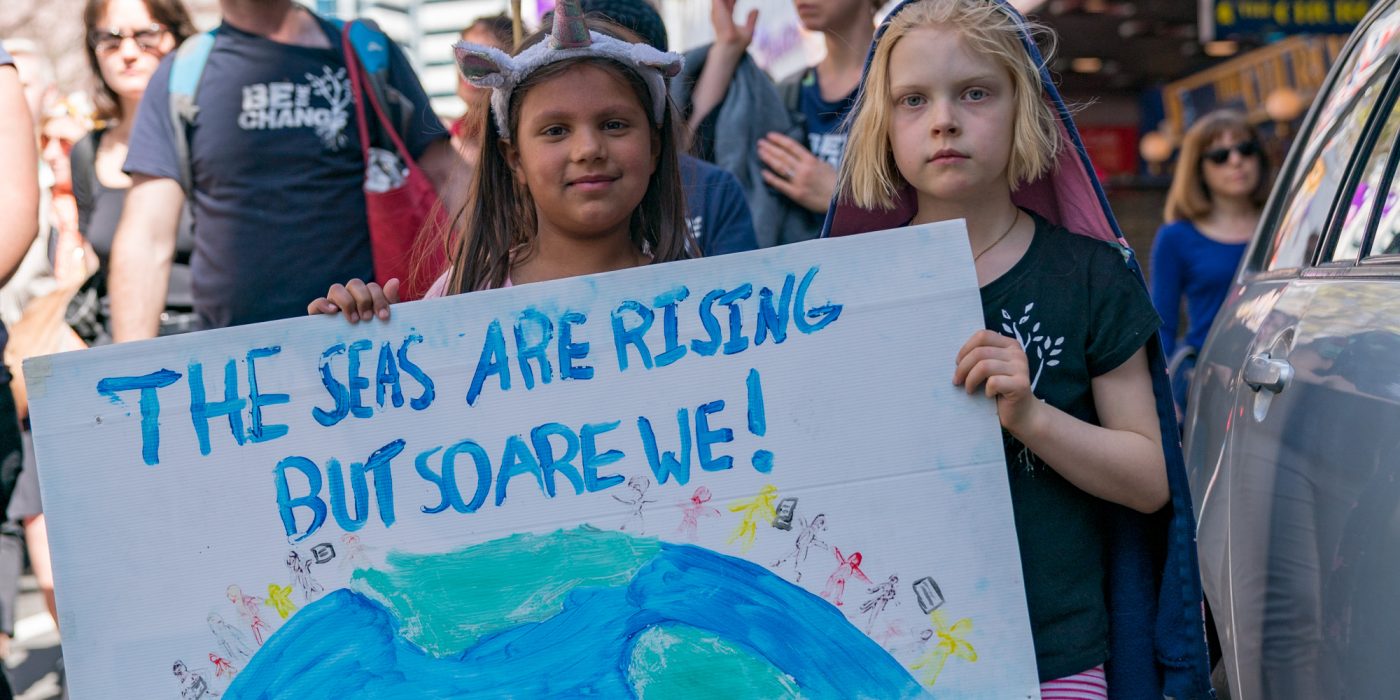 Human brains aren’t so good at planning ahead. Because we have a weird tendency to view our future selves as strangers, we often fail to make what some scientists call pro-social choices, choices that might help the world in the long run. This deficit applies to the future of the planet and the future inhabitants of the planet—specifically, today’s children.

“As a matter of fact, the future is now,” states Diana Rauner, president of Start Early and co-chair with Antwanye Ford of the Early Years Climate Action Task Force, a project of the Aspen Institute’s This Is Planet Ed and Capita.

“And with both causes,” she continues, “We have a real chance to improve the future. Creating a shared vision of the future is itself a coping mechanism, and it’s pretty important.”

To set the stage for this visioning process, the new “Think of the Children” report presents data from a survey conducted in August by Siena College Research Institute of 2042 U.S. adults. Most notably, nearly three in four Americans feel they have a “moral obligation” to make the world a better place” by addressing climate change. And yet only about half of parents say they have talked with their children about it. The survey also found that people of color are more climate conscious and more concerned for children. Anya Kamenetz, author of The Stolen Year, wrote the report. (Read our review and our interview.)

“We urge [the White House Council on Environmental Quality] to partner with families with young children, pregnant people, and family service providers in the development of the Environmental Justice Scorecard. These populations should be invited to lend their expertise and lived experiences … ” [Read more]

“We urge [the White House Council on Environmental Quality] to partner with families with young children, pregnant people, and family service providers in the development of the Environmental Justice Scorecard. These populations should be invited to lend their expertise and lived experiences to the design of the scorecard to ensure that it is highly relevant to those most susceptible to the impacts of climate change and other environmental injustices. These groups should also be invited to partner in utilizing the Scorecard alongside the Justice40 Economic Justice Screening Tool to monitor the health of their communities, advocate for the resources they need, and co-create solutions alongside their fellow community members, family-serving agencies, and CEQ. We encourage CEQ to leverage child care providers and other family-facing services in communities as trusted messengers of information who can connect parents and families with the Environmental Justice Scorecard and Justice40 work.”

—From an October 3 letter to the White House Council on Environmental Quality, signed by the National Association for the Education of Young Children, Start Early and ZERO TO THREE

👉 6 Tips for Talking to Kids about Climate Change

“The survey confirms we are living in an age of great anxiety about the future,” says Joe Waters, Capita’s co-founder and CEO. “That’s especially true among parents of very young children.”

The depth of anxiety that families have about climate change stands out. Rauner observes, “When parents are anxious and frightened that they might not be able to protect their children from things like floods and wildfires, that’s where toxic stress comes in for the children.”

The prospects may look grim, but the task force wouldn’t have taken on this challenge if there were no reason to be optimistic. Waters points to infant mortality as an example of a dire situation that humanity has made strides on. “We can make progress on this too,” he says.

The task force’s ambitious goal is to build a culture that values children and recognizes the impact of climate on prenatal to the earliest years, especially in vulnerable populations. Waters acknowledges that this is “hard, multi-generational work that will require us to undo a lot of bad cultural habits we’ve developed, particularly since the dawn of the Industrial Age.”

The task force is setting out to develop an Early Years Climate Action Plan that accomplishes three related objectives:

Elliot Haspel, Capita senior fellow (and Early Learning Nation columnist) adds, “I think we need to be engaging trusted sources of information. Surveys regularly show that parents trust their health care providers above almost anyone else outside of their own family, with child care providers and teachers following close behind. So the more that we help these health and human service providers understand the intersection of early childhood development and climate change, the more they can be a conduit to families, and provide resources about how to talk about it in an honest yet hopeful, age-appropriate way.”

“Everyone at Start Early is particularly invested in this issue,” Rauner says. “Personally, as well as professionally.” The organization has co-developed sign-on letters and communications with the White House and with agencies around the rule making and administrative advocacy. (See sidebar.)

Waters envisions the task force as a hub for policymakers, philanthropists, researchers and others in a position to contribute to making the world a better place for our children. “There is also clearly a role for the ordinary citizen who is concerned about their children’s future,” he says. The report quotes a mother of an 11-year-old boy: “My hope is as he grows and matures, he’ll start caring about it. He’ll bring it up to his peers and his teachers.” A father of teenage daughters says, “I want them to be really conscious and concerned and have it part of their lifestyle and even career choices.”