The Next Steps for First Steps Kent 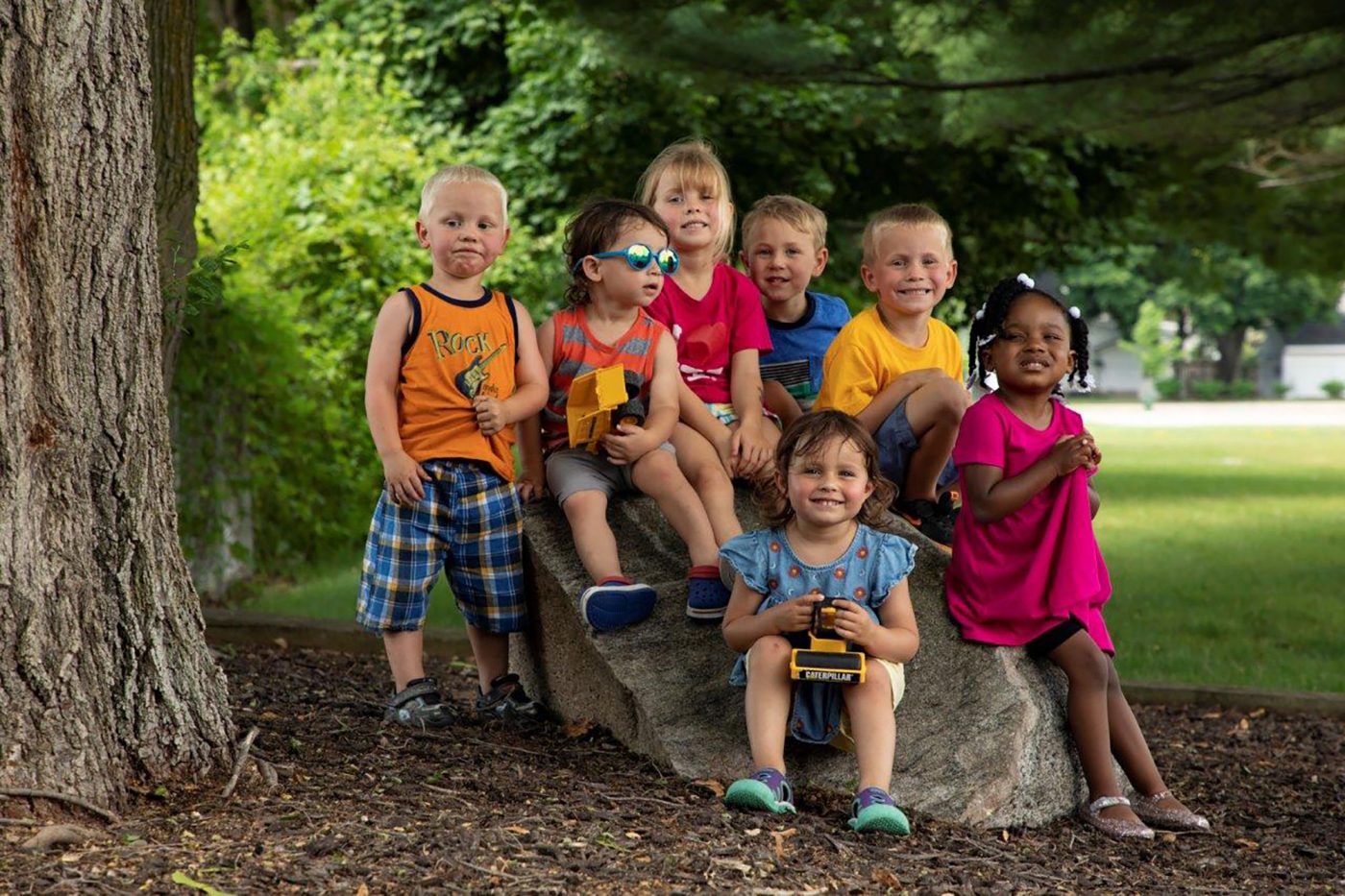 The quest for reliable funding of children’s programs often runs through local government, and First Steps Kent of Kent County, Mich. exemplifies the power of coalition.

“The greater Grand Rapids area has embraced the concept of early investment,” says Jennifer Headley-Nordman, who recently became president of the organization—which Early Learning Nation covered in 2019, after Kent County raised property taxes to pay for programs that improve the health, school readiness and well-being of young children, including home visiting. Thanks to voter approval of the Ready by Five Early Childhood millage, the county has about $6.5 million a year for programs that serve expectant parents and children birth to age 5.

“The community has really embraced our mission,” she says.

“Early childhood care and education is where we can have the biggest impact and return of investment,” says Rick Baker, president & CEO of the Grand Rapids Chamber of Commerce. “We recognized the millage’s clear connection to laying the foundation of a thriving and prosperous community for all. Devoting millage dollars to translation and interpretation for families with young children is a no-brainer that increases our community’s long-term competitiveness.” 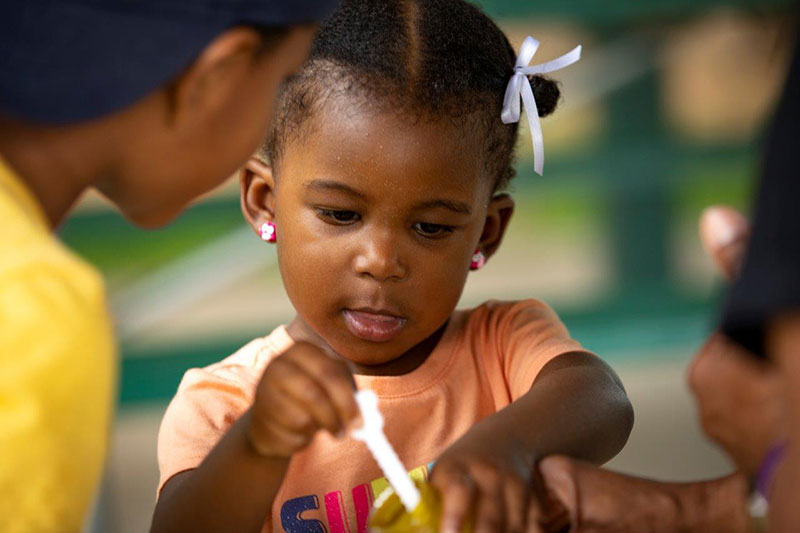 Headley-Nordman credits a dynamic array of partnerships for the progress in Kent County (where 13% of all kids live in poverty), including the local Chamber and health department, as well as school districts and nonprofit service providers, adding, “Some of our most important partnerships are with parents. They recognize the importance of connecting early to resources and services, for their children’s sake and for their own ability to find employment and stay employed.”

More than 20 community-based organizations receive funding for more than 40 different programs, which in 2021 reached more than 11,000 children and expectant parents annually across Kent County. The First Steps Kent board of commissioners, a racially and politically diverse group, makes the funding decisions.

“It’s wonderful to serve on a board so dedicated to seeing our young children succeed,” says Amanda Barbour, Children’s Healing Center CEO and First Steps Kent commissioner. The board consists of local leaders, funders and those who work in a variety of fields with diverse backgrounds from all corners of Kent County “It’s also exciting and important that we sit alongside parent leaders who are on our board and inform decisions and funding.” 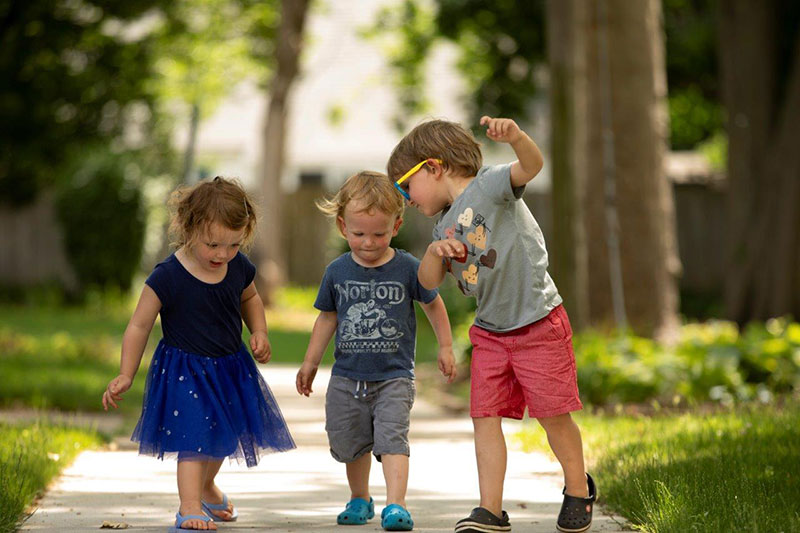 Organizations that provide interpretation and translation services have received Ready by Five funding. Headley-Nordman explains that it helps immigrant families from Latin American, the Middle East, Africa and other parts of the world, from new parents coming home from the hospital to families looking for support and resources as the children grow and get ready for school. “We always want to honor, respect and encourage families to continue having conversations in their home languages,” she says.

Parents, she notes, are heavily involved in all decision-making and advisory groups to ensure the work is centered around the needs of families. While child care is not funded by the millage, First Steps convenes child care providers and agencies that work in that area to stabilize and strengthen the industry.

Formerly a school psychologist and early childhood administrator, Headley-Nordman says, “I’ve witnessed firsthand the difference between those students who received early access to information, services, and programs versus those who didn’t. As a society, we can no longer sit back and hope for the best. This work requires honest conversations about racial and socio-economic barriers within early childhood that exist for many families.”

Kent County is in the vanguard of a growing trend of local funding.  Yes for NOLA Kids recently passed in New Orleans. Leelanau County, Mich. passed an early childhood millage in 2019. (Two years later, after the county board chair tried to eliminate it, a board of commissioners compromise allowed it to survive at a reduced rate.) 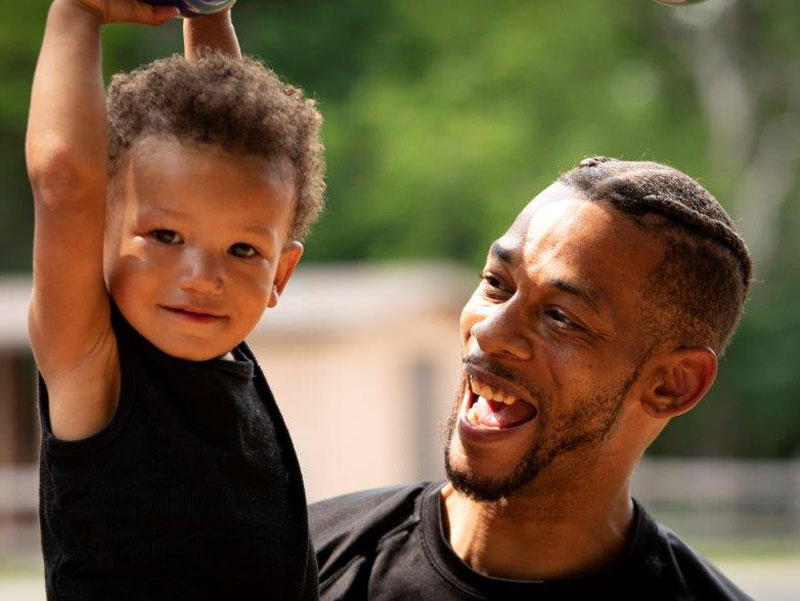 Headley-Nordman says that within the first 48 hours of starting her position, other counties were reaching out to her for advice. “In Michigan,” she says, “we have focused on property taxes, but communities in other states have utilized other sources of revenue.” She mentions a sales tax in San Antonio (read more) or tax on high-income earners in Portland, Ore. (read more).

As the Hunt Institute’s Javaid Siddiqi recently wrote, with regard to recent policy victories in state legislatures, “In a highly polarized environment, investment in the nation’s young children may just be a political unicorn: a topic on which we virtually all agree.”

In the year ahead, Headley-Nordman is focused on maintaining community support for the millage, which will be up for renewal in 2024.  “As an organization,” she says, “we’re working to identify gaps in the system, share and analyze data with community stakeholders, and have strong collaborations in place to address gaps and advance our collective work.” 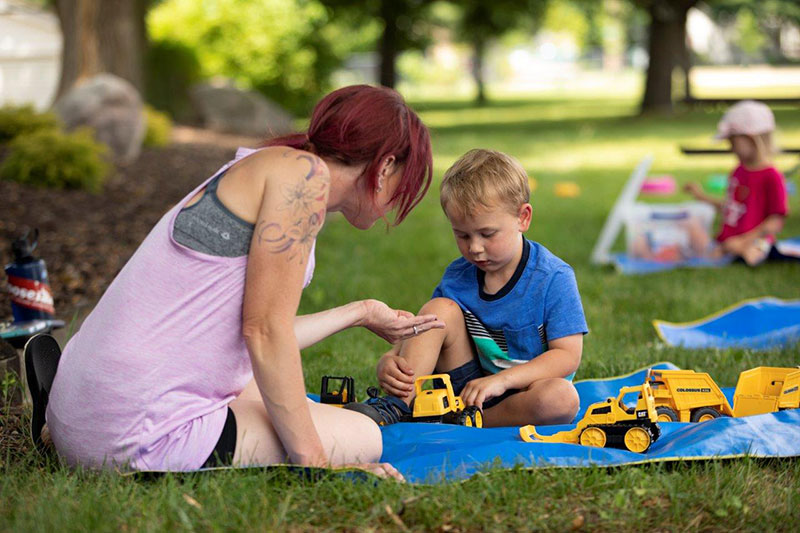 Promoting the early childhood education profession is another priority. “We’re entrusting them with the care of our most precious little beings,” she says. “And really, there’s so much going on developmentally from birth to age five, in terms of fine motor, gross motor, cognitive communication and language, not to mention social-emotional well-being.”

For Kent County and beyond, the coalition building that First Steps practices will pay dividends in the future. “Our commitment to early childhood success,” she says, “will ultimately translate into higher graduation rates, lower special education numbers and improved family outcomes.”